25 years ago: The 1996 Olympic Torch Relays light up Louisville

WHAS11 News crews were on the ground and in the air taking in the historic torch’s trail. 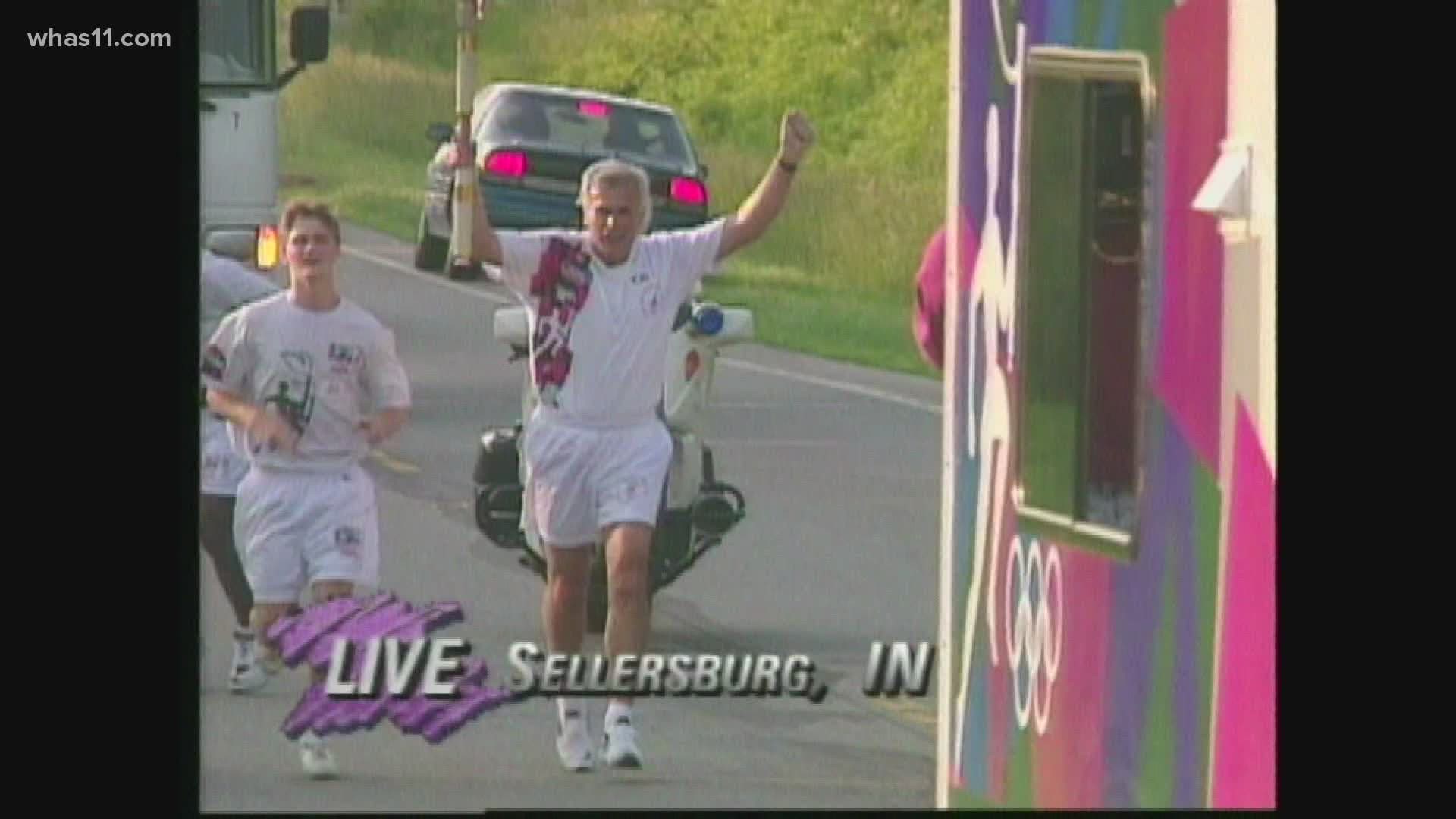 LOUISVILLE, Ky. — On its way to Atlanta, the Olympic Torch Relay was in full swing, moving from coast to coast, passing through Kentuckiana on its way.

The flame was first spotted 70-miles north of Louisville in Columbus, Indiana.

WHAS11 News crews were on the ground and in the air taking in the historic torch’s trail.

A large crowd gathered in downtown Columbus for a celebration. There was a fire truck along the route, giving great views. Spectators waved American flags while cheering wildly.

From there, the torch traveled south to Sellersburg where longtime WHAS11 anchor Gary Roedemeier had his chance to make his mark on history.

Kirby Adams, former WHAS11 reporter and Louisville Tonight Live host, also had her chance to hold the famous torch. She completed her relay stretch on Charlestown Road in New Albany.

“My run was short and sweet and while I would have wanted a little longer with the actual flame, at least I have the torch to remember it by. And this torch is extra special because it was designed by a Kentucky native,” she recalled.

That Kentucky native was Malcom Green, born in Mill Springs and grew up in Somerset. He was a former lecturer at the University of Louisville and only part of the torch’s ties to the city.

“The wood handle on the torch also has a Kentucky connection. It was made by the Louisville Slugger people, Hillerich and Bradsby,” Adams explained.

When the flame arrived in downtown Louisville, it was met with a celebration on the Belvedere.

Alice Lucille Martin, a YMCA volunteer, had the honor of starting the Olympic flame on its journey through Louisville.

RELATED: Where were you when the sewers blew? Louisville marks 40 years since sewer explosions

A succession of runners made their way to Churchill Downs, where hundreds showed up to watch Derby winner Pat Day take his turn.

He carried to storied flame down the stretch to the oh so familiar finish line.

Meanwhile on Eastern Parkway, an excited Melinda Miller was waiting her turn.

"Everybody's crazy. There's my brother," she said with excitement.

Minutes later, it was Miller's time.

Thousands of spectators lined the route for a chance to watch history make its way through our city.

Some folks at Parkway Medical Center even brought their own torch.

And then perhaps the most miraculous leg of the relay is when Bill Taffel took to the road, carrying the flame after overcoming a life-threatening illness and surgery just months before.

“Oh, it was very great. It was great a little bit tough on the hips but it's worth it."

Worth it – that was the common sentiment for all who touched the famous torch.

"I've done lots of nice things and given recognition but this is a piece of resistance."