The Vault: How Louisville handled some of the hottest days of summer

Think it's hot outside? The Vault takes a look at how Louisville residents handled the hazy, hot and humid days of previous summers. 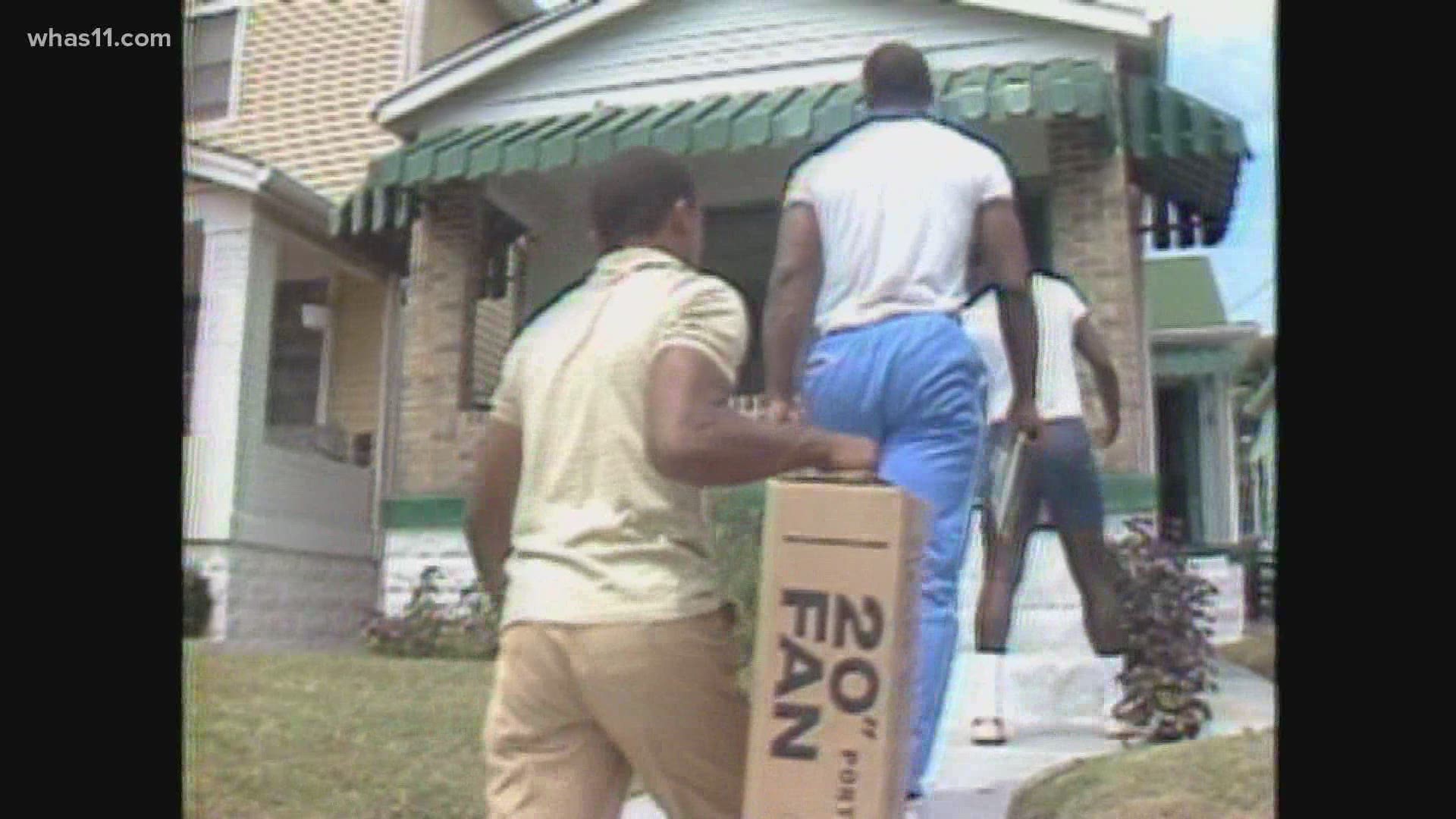 LOUISVILLE, Ky. — It was July 1980 and the heat was not letting up, some told WHAS11 News they would rather be anywhere but here.

Alaska, Daytona Beach and Las Vegas were even mentioned.

No one mentioned the old Fork Ice House on Herman Street in the Shawnee neighborhood. It was one of the coolest places in town – 22 degrees inside but one of the workers said he was warm.

A reporter asked, “The thing that amazes me is you’re standing here with no shirt. I’ve got a coat on. You’re not cold?”

“No, not right now,” the worker replied.

Across Louisville, kids played in pools trying to beat the heat. Many relaxed or took it easy due to the extreme temperatures.

As the job wrapped up at the Ice House, the traffic in and out of the building cause temperatures to rise to 40 degrees. It was even said if it got any hotter, they would have to turn on the air conditioning.

Fast-forward to July 1983, it was fun in the sun for some and not for all.

Reporter Chuck Olmstead covered a more serious side to the harmful heat.

"Today's cooler weather was a respite from the heat, especially from the elderly who could finally venture outdoors again. It's the first day in two weeks the temperature has dipped below 90," he said in his report.

Community fans were running out and temperatures continued to reach deadly levels.

Credit: WHAS-TV
Fans were handed out as heat scorched Louisville in July 1983

Kentucky officials did their part to avoid heat related deaths then by using $5,000 of leftover heating assistance money to purchase fans for low income families throughout the state.

During the same system reporter Tom Vanhough studied the science behind the sun and found some advice for those struggling to cope.

"Ok so we know that stifling heat contributes a great deal to stress, so what should we do? Put down a couple of good beers and relax?", he said.

He left listeners with some parting advice which still stands in modern times – “Suffer or cope, it’s up to us.”