The picnic and its tradition dates back to the early 1900s and has turned from fundraiser to the must attend political event of the season. 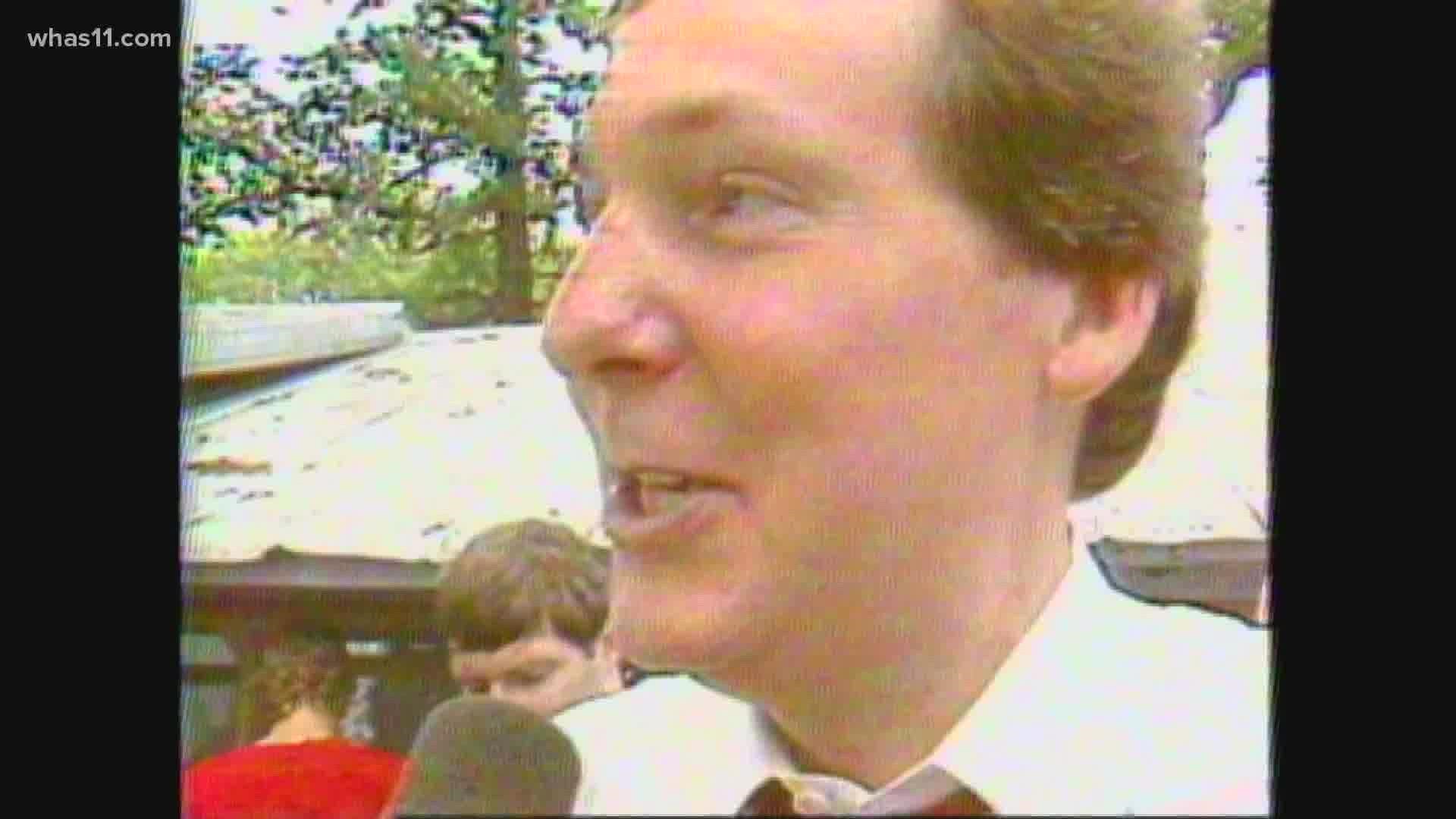 LOUISVILLE, Ky. — On the first Saturday of every August, everybody who is anybody attends the St. Jermone Parish Picnic in Fancy Farm.

WHAS reporter Jeffery Hutter explored the back story of the famous picnic, finding it wasn't politics that brought it to life.

"A political affair – that’s the image you have about the Fancy Farm picnic, if you've never been here before. Relying on news reports," he said. "But for the people who've lived around these parts for a long time, family fun is the best part about this day."

Fellowship, food, activities for all ages, that's how this picnic started – a simple parish fundraiser.

What began as a humble church picnic has grown into a major political event after politicians started adding it to the campaign trail. Any aspiring politician knew they had to make an appearance.

Credit: WHAS-TV
Spectators at Fancy Farm in the late 1970s

In the late 1970s, the focus was on the governor's race between former Governor Louie Nunn and businessman John Y. Brown.

A large crowd came together with many of the attendees bussed in by the candidates. At the time politics was different in Kentucky and the Republicans outnumbered on the podium by Democratic office holders.

John Y. Brown would go on to win that election.

Five years later in 1984, it was just the beginning for a young Mitch McConnell. At the time he was a Jefferson County judge executive but had his sights set on a seat in the Senate.

McConnell made his appearance at Fancy Farm with a goal to convince crowds it was time to change the Kentucky's political environment and he wanted to beat Democratic Incumbent Walter Huddleston.

"I tell you it's going to be a lot of hot air coming from that platform up there shortly you better get ready and I’m going to supply my portion of it," he said.

During that era, the first district of western Kentucky was almost exclusively Democratic. Huddleston was confident he would win re-election.

"I don't have any fear at all about that either here or other places in the state as far as my race is concerned, I think we're in a very strong position," he said.

As you know, this one was an upset in favor of McConnell and the beginning of his storied career in the US Senate.

"I haven't found a liberal yet and I’ve been talking to everybody in the crowd. And some of these people with “D” stickers on got it put on and didn't even know it. I think this is going to be a friendly crowd," he said.

Regardless of political party the real winners are the people of St. Jerome's Catholic Church. Their hard work and dedication making the event a success year after year.

This year’s Fancy Farm Picnic is set for Aug. 7.

Outside of the politics, the picnic features the self-proclaimed “barbecue pork and mutton you’ll ever eat.”