The Vault: Trucker's strike in 1979 led to panic at the pumps and shortages in Louisville, southern Indiana

As the south is getting back to normal following a gas shortage, Louisville experienced chaos at the pump in 1979 due to a trucker's strike. 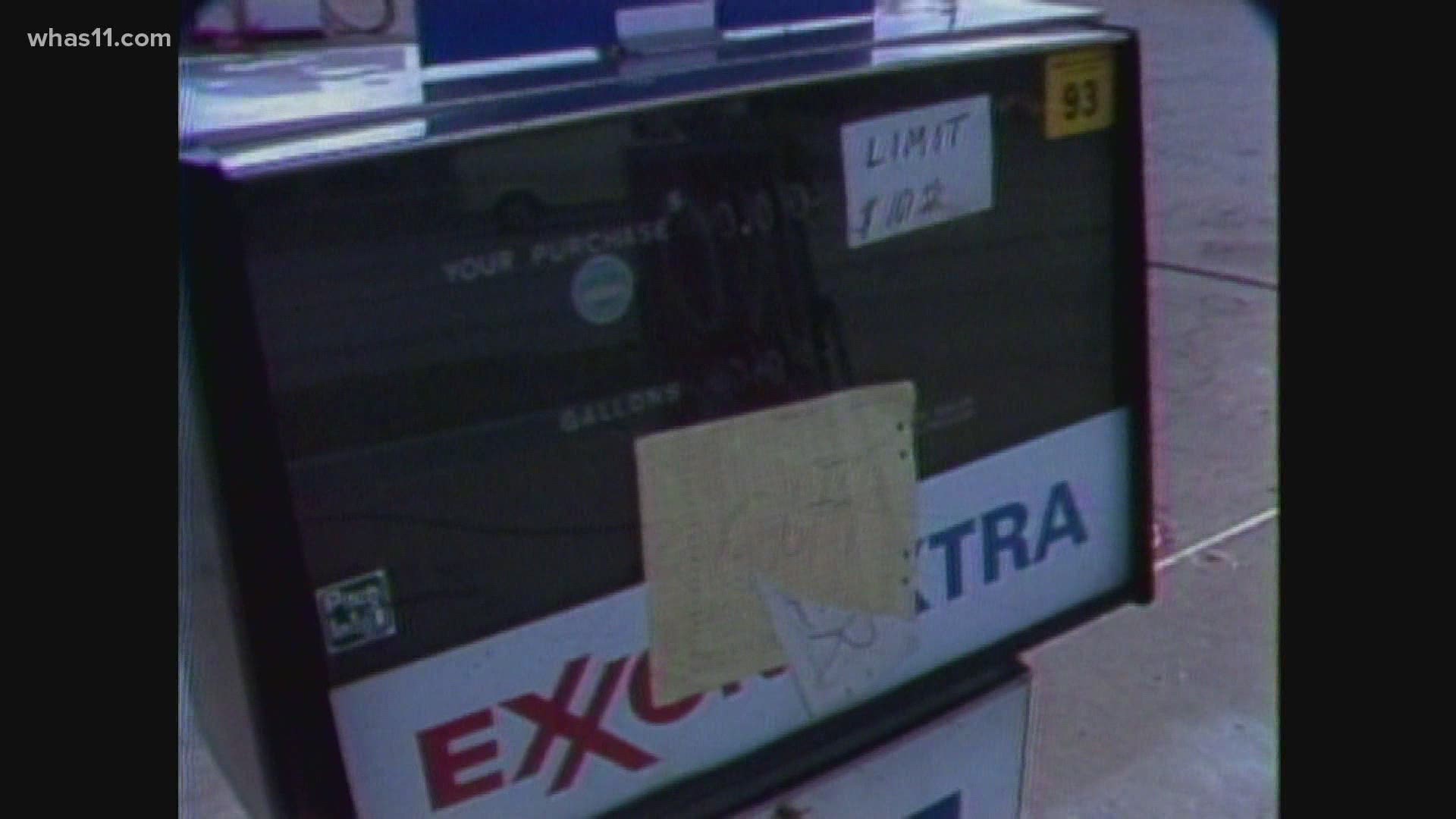 LOUISVILLE, Ky. — A ransomware cyberattack on one of the nation’s largest pipelines causes a shortage of gasoline in the south and along the east coast.

Even though the pipeline didn’t affect Kentuckiana, area gas stations still saw long lines and some places out of fuel because of panic buying.

It’s not the first time the area has seen panic at the pump.

It was June 1979 and the energy crisis of 1973 was still fresh on everyone’s minds. Truckers take home pay was being eaten alive by the rising cost of diesel fuel.

“We got a problem and it’s everybody’s problem. We’d prefer that you didn’t buy it,” a trucker said.

Independent truckers were mainly impacted, and they announced their plans to strike. Many people panicked and headed to the pumps.

“Its been a little difficult. [I] waited in line about 45 minutes last night and got to the pump and they ran out,” a consumer said.

Another woman told WHAS11 News her husband told her not to come home without gas.

Truckers who worked for the big named companies weren’t facing the same fuel challenges, but some started striking in solidarity while others joined in out of fear what could happen if they were caught out in their trucks.

“I don’t figure that a load of gas is worth my life or anybody else’s life,” a trucker told WHAS11 News.

Those striking parked their rigs on Southwestern Parkway at the Ashland entrance and asked other drivers not to enter the plant to up loads.

One trucker said at the time, “You can go in if you want, but I don’t think you better.”

After police were called, WHAS11 News cameras caught a trucker running from the scene and at another site across town where a man lit a fire, nearly burning himself.

In Clarksville, truckers used their semis to block the diesel fuel pumps. An angry driver vandalized a semi and then a gunshot – the truck stop manager witnessed it all.

“Pickup truck pulled in – I seen a man jump out with an iron tool start swinging it, so we called the police,” he said.

“What happened when you heard the shot? Was there a crowd of people out here?”, the reporter asked.

The manager responded, “Yeah, it looked like a bunch of birds – they took off in all directions.”

Police said no one was hit in the incident and they were unable to find a weapon.

Meanwhile, the situations at the pumps were getting worse.

Pumps ran dry because half of the gasoline supply, around 700,000 gallons, didn’t get delivered because it sat in storage depots.

Credit: WHAS-TV
An entrance is blocked at the Ashland plant on Southwestern Parkway in Louisville,

Gas station employees were forced to expand their responsibilities, becoming not only sellers of fuel but controllers of chaos as irate customers waited in line for hours.

The panic went beyond the pumps but what wasn’t being delivered, so Kentucky Governor Julian Carroll called in help, authorizing Kentucky State Police to provide escorts for fuel vehicles.

The protection was offered for truckers driving during the shortage but critics at the time said it made them targets instead.

After weeks of closed gas stations, long lines and sporadic incidents of violence, the governor's decision to call in the National Guard would be what finally put it all to an end.

Days later, normalcy returned to Louisville's streets and just like that, the 1979 trucker protests came to an end.