The Vault: The Royals visits to Kentucky over the years

Queen Elizabeth first visited Kentucky in 1986, checking out the many thoroughbreds the Bluegrass had to offer. 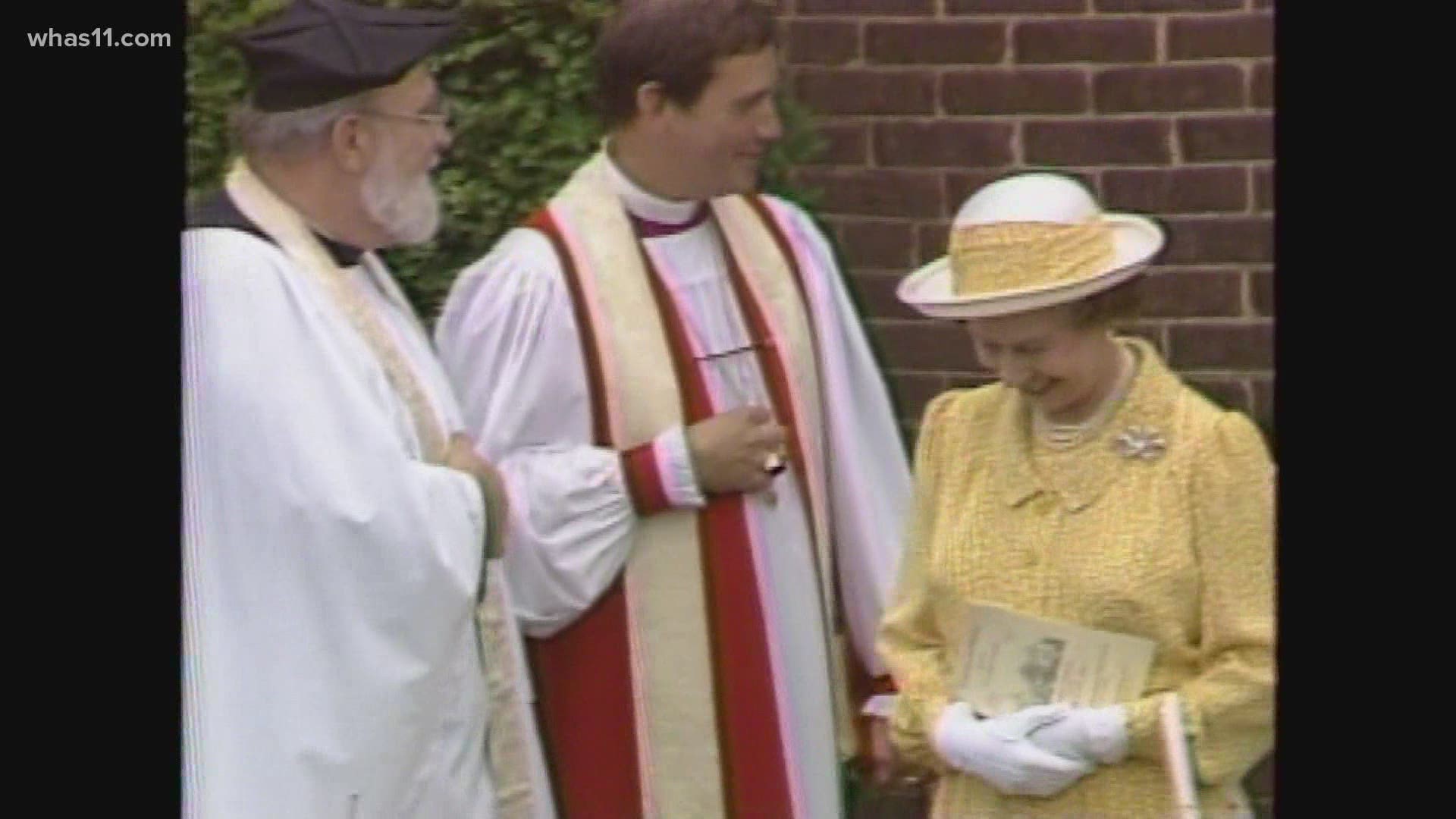 On the private visit, she was eying that big win, hoping a Kentucky thoroughbred would be the one to beat.

The queen’s visit was huge for the Commonwealth. Experts said it was impossible to put a dollar amount on the impact to Kentucky’s horse industry.

While in town, she attended a local Episcopal service where a number of secret service agents along with local and state police were in tow.

She entered the church through a side door, later thanking church leaders and waving goodbye to adoring fans.

She waved goodbye to a crowd about 200 people who were pressed against the fence with security very tight. Queen Elizabeth arrived at the airport after 10 a.m. and as she stepped from her limousine, she said goodbye to her host and hostess for the five-day equine visit.

Lexington was clearly in her heart and many believed she would return to the area soon.

That return wasn’t as quick as many hoped. The queen’s next trip to the Bluegrass was in 2007.

Queen Elizabeth was seen from Sky11 with Prince Philip two steps behind her, as he always was. This trip was a special Kentucky Derby appearance for the royal pair.

"She made herself visible for the greatest two minutes in sports wearing a lime green dress and white gloves."

Only in town for Derby Day, the queen watched the race and headed back in the motorcade on her way out of town.

As for the most recent sighting of any royals in Kentucky, that would have to be in 2015.

With ASL translator Virginia Moore by his side, Prince Charles and Camilla toured Louisville, visiting the Kentucky Center for African American Heritage among other sites and ended the day at the Cathedral of Assumption.

"Ladies and gentleman  it has been immense pleasure to spend our last day in the United States here in Louisville."