The Vault: A lookback a previous Thunder Over Louisville celebrations

Through the years, the opening ceremonies of the Kentucky Derby Festival have proven to be quite the amazing spectacle. 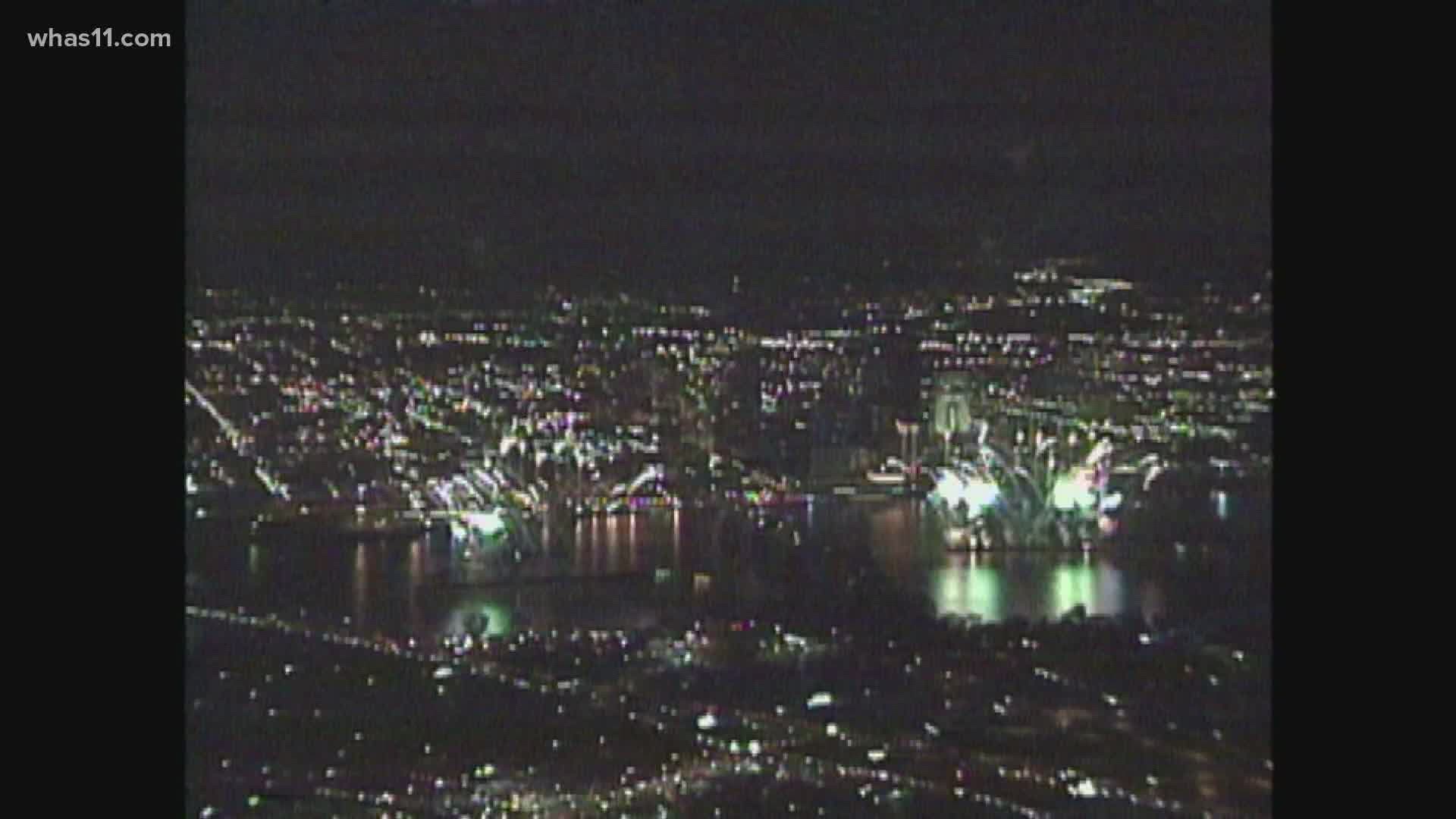 It was the signature sign from former Louisville Mayor Jerry Abramson on April 17, 1990, ahead of the first-ever Thunder Over Louisville.

It was also the same year former WHAS11 News anchor Melissa Swan made quite the prediction.

“This opening ceremony event just might take over as on of the most popular Derby Festival events.”

As it turns out, she was right.

From the air show to the fireworks ringing out above the old Cardinal Stadium, the first-ever Thunder Over Louisville was a massive success.

The team behind it knew they needed a new space the following year and in 1991, they moved to the Riverfront.

The new location was a perfect match as massive crowds gathered along the shore of the Ohio River, looking up as the official clock counted down.

From a crew of 65 in 1990 to nearly 900 a year later, the operation was led by one man – Wayne Hettinger, the mastermind behind Thunder.

“There’s memories on all of these as soon as I start seeing these notes – ‘ah, I remember that!’”

Memorable moments from Louisville’s largest show have not been few or far between from a UFO sighting in 1996 to a wedding four years later.

A makeshift chapel went up on the Clark Memorial Bridge as a couple tied the knot. Another year, on that same bridge, something unexpected.

Credit: WHAS-TV
A wedding takes place on the Clark Memorial Bridge during Thunder Over Louisville in 2000.

Things haven’t always gone as planned during past Thunder celebrations.

In 1997, a frightening near-fatal accident almost happened when a skydiver’s feet were entangled in his parachute. His head was falling toward the ground and luckily, the skydiver managed to get his feet free, deploying the emergency chute and landed safely.

Controversy surrounded the 10th annual show when “Tora, Tora, Tora” was booked to perform.  The planes re-enacted the bombing of the Pearl Harbor. Some felt the performance would offend Japanese Americans, but the group stood by them, honoring all involved.

11 things to know about Thunder

The year 2000 brought the “Millennium Thunder.” More fireworks went off in the first 60 seconds than in the first five minutes of the 1999 show.

The show wasn’t the only thrill delivered that day.

A mother walking to the Waterfront to watch the show went into labor, delivering a baby on a sidewalk at 8th and Market Street. Louisville would come to know this baby as “Thundasia” Turner – named out of love for the fireworks spectacular.

“I get asked a lot so I'm kind of used to responding. But most people, they know. Like teachers walk up to me and they're like, 'I know you were born on Thunder Over Louisville' and yup. Yup, that's right,” she told WHAS11 News in 2016.

When you do something for so long, the years sometimes run together but one always stands out when you ask Hettinger.

"When 911 happened that changed everything. Across the boards with our aircraft, with the rivercraft."

The show became more complicated to plan and execute, but never lost its luster.

The air show has only grown since first starting in 1992. Hettinger has called it history on display, an idea for some day-time entertainment.

Over the last decade, the show has just got bigger and better every year. If there’s one thing that always stays the same, it might be the one thing out of everyone's control.

"Mother Nature will let you know whose boss that's for sure."

Who's complaining? When Mother Nature steals the show with a sunset like the one in 2017 ahead of another unforgettable Thunder over Louisville.