From the Archives | Looking at Louisville's historic flooding

Seeing where our city has been with flooding makes the current flooding threat less extreme. 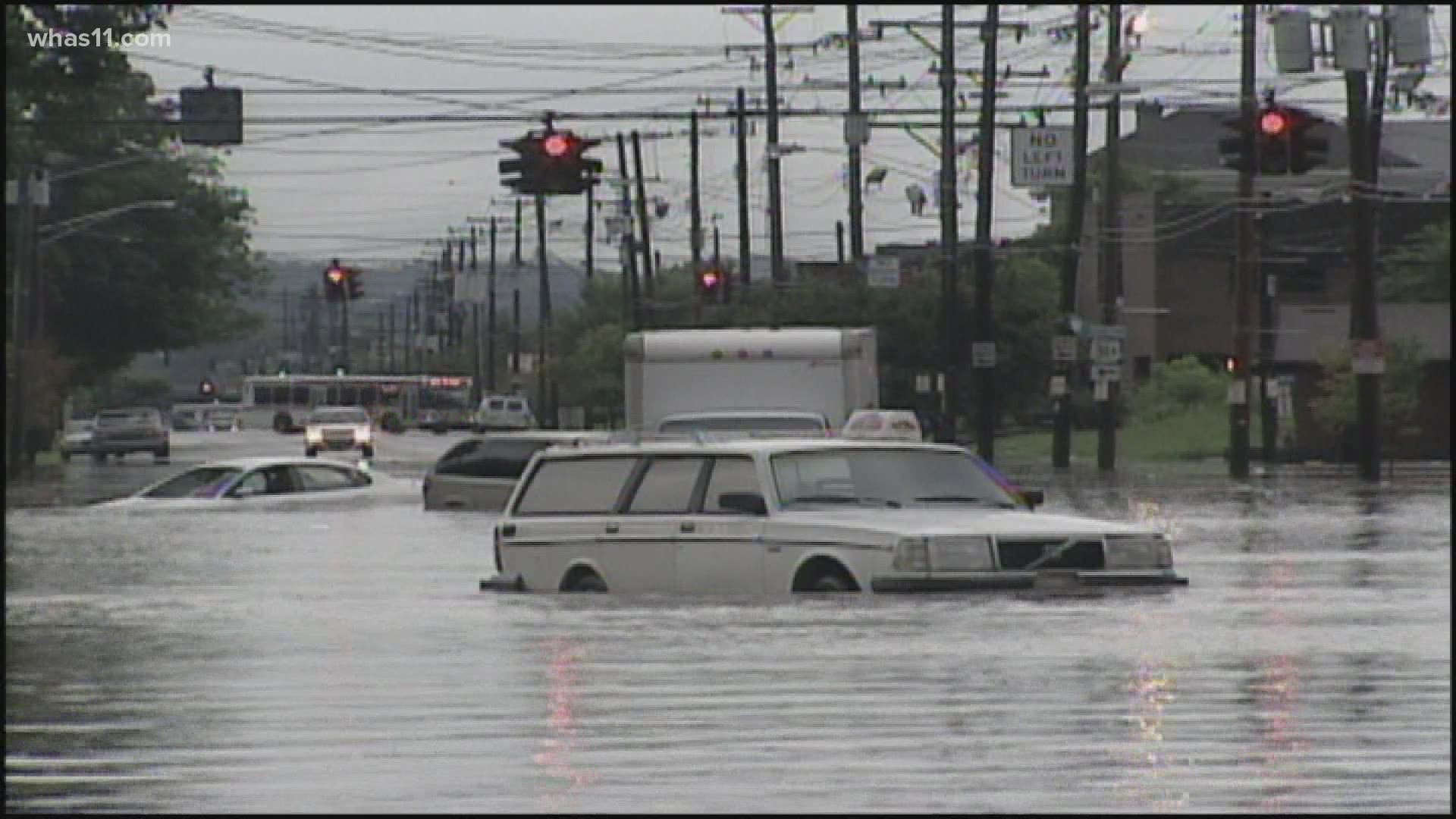 LOUISVILLE, Ky. — Rising water is not a new sight for people who have lived in the Ohio Valley for a while. We're taking a look back at historic flooding in our community to put today's flooding in perspective.

Obviously, Louisville has had horrible floods before 1964, but this is as far back as our vault takes us:

On March 12, 1964, the Ohio River crested at 41.2 feet and forced evacuations when the flood wall did not get up in time. The flood left Valley Station under water.

"It was by far the most rain ever to fall in this area in 24 hours," said former WHAS11 anchor Gary Roedemeier at the time. "Storm sewers and drains were overwhelmed."

Okalona and Fairdale were particularly hard hit. Neighbors grabbed their bags, their pets, and each other to get out.

"Kinda gave me the choice, get out now or suffer the consequences," said one evacuated resident. "It was getting bad back in the trailer park I live right next to the gene. They pulled me out."

Fast forward to August 2009: The city was under a flash flood warning after eight inches of rain fell in just 75 minutes.

The northwestern part of Louisville was the hardest hit and Churchill Downs was under water. Because it happened so quickly, people did not have time to prepare. Residents tried to their hardest to get in contact with loved ones in the worst areas.

"I can't get to her," said one man trying to get to a family member. "I mean look at me. I'm nervous, I'm hectic, I'm trying to find some way to get over there and get to her right now man."

The most recently flooding was in 2018. The Ohio crested the upper gauge at 35.8 feet, flooding a significant amount of Louisville and Southern Indiana.

As we all know, some of the worst parts of flooding are what is left behind once the water recedes. The University of Louisville's football team joined in on clean-up efforts.

Drone video from Thursday morning shows the area is not at those levels right now. The upper gauge is over 27 feet now and is expected to crest just over 29 feet this weekend. That is currently about 15 feet above normal and more than four feet above flood stage.

RELATED: List: Roads close in Louisville due to flooding from Ohio River