Dainty Festival: How a cherished tradition in Schnitzelburg continues more than 50 years

The German street game was first introduced in the 1800s but revived by a World War II veteran in 1971. 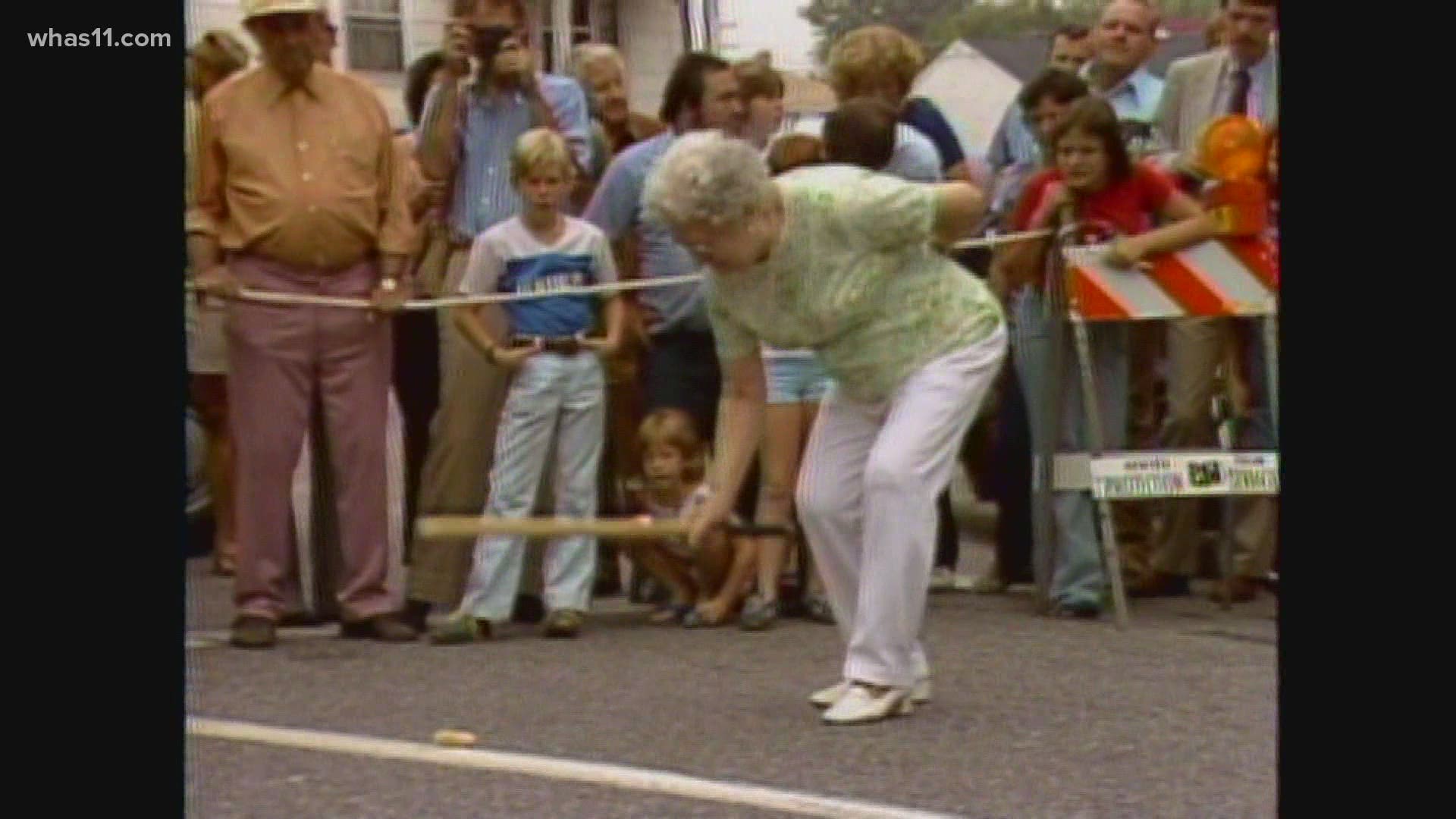 LOUISVILLE, Ky. — Since its inception, it’s been a game of two sticks.

The dainty measures 5-inches and the bat, which is made cheaply from an old broomstick, about three-feet in length.

For the rules of the game, players place the dainty on the ground and use the bat to tap the dainty with the goal of getting it airborne and then swing.

Each contestant gets three tries at the trick.

The contest was first introduced to Louisville by German immigrants in the 1800s.

It was nearly forgotten until it was revived in 1971 thanks to Charlie Vettiner and George Hauck, a World War II veteran whose parents started Hauck's Handy Store on Goss Avenue in Schnitzelburg.

Hauck created the Dainty Fest to bring the community together, but his quirky rules mean not everyone in the community can play. Contestants must be 45-years-old or older.

The loser, has rules of their own.

"If you lost the one that lost the thing had to hop as far as the rest of them hit it. Then you had to put your foot down and you had to start over. So, you could be hopping all day huh. Sometimes you wouldn't get home until late at night your mother would say well where you been and I said playing dainty,” a player explained in 1979.

Who could forget the traditional dainty meal, made up of a bologna sandwich, regular potato chips, one condiment of your choice and a dill pickle.

The World Championship Dainty Contest is celebrated on the last Monday of July every year.

The weekend before brings of all ages to eat bologna, listen to ragtime music and watch contestants take their turn at swinging the whittled broom stick in hopes of being crowned a world champion.

Over the years many familiar faces have taken part in the competition.

Mayor Jerry Abramson joined in on the fun in 1996, sharing a laugh with a local fire chief when asked about how far he'd hit the dainty.

"The mayor. One. He only answered a foot I’m a wimp. Ha ha no the fire chief is very kind he's always been supportive but he's truly the athlete. He's the one that climbs up the ladders and down things."

Terry Meiners took part in 1997 and couldn't master the skill.

And WHAS11 Meteorologist Ken Shultz played in 2001, proving forecasting wasn't his only talent.

The heart of the dainty contest has always been George Hauck.

He said the competition kept players young at heart and for him, it couldn't be more true.

The Dainty Contest founder competed until he was 92 and passed away last year at 100-years-old.

Credit: WHAS-TV
George Hauck, a World War II veteran and the person responsible for reviving the Dainty Contest in 1971.

Now, his legacy lives on through a cherished tradition on Goss Avenue and those who knew him said he would be proud to see this year's event expected to be the largest Dainty Contest yet.