The Vault: Amtrak's storied history and short-lived service in Louisville

Louisville has a long history with the passenger train. It started in 1971 when the Floridian first traveled from Chicago through Louisville to Miami. 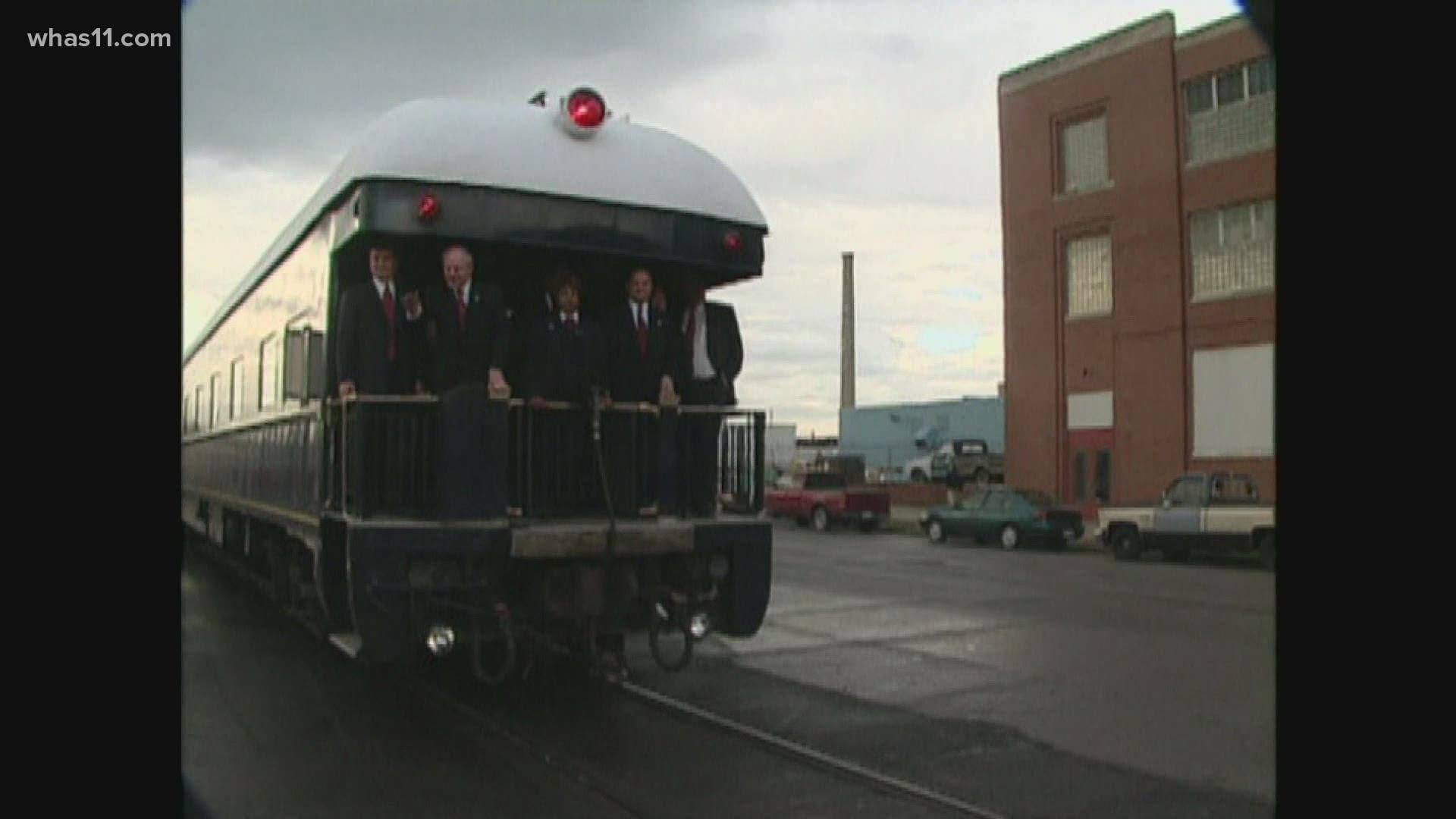 The beginnings of Amtrak date back to the passing of The Rail Passenger Service act of 1970 which consolidated the country’s 20 existing railroads into one. Amtrak also originally serviced 43 states with 21 routes.

Louisville has a long history with the passenger train. It started in 1971 when the Floridian first traveled from Chicago through Louisville to Miami.

“She starts in Chicago and rumbles through the night to Louisville. She stops in Bowling Green on her way to Nashville. And she rolls on south through Alabama, Georgia and Florida on the way to the sun and beaches of Miami. Her name was the South Wind until Amtrak took her over in 1971 then she was renamed the Floridian."

It would be 20 years until Amtrak would resume in Kentuckiana – departing Jeffersonville at night and rolling for 12 hours, reaching Chicago the next morning.

The first train rolled in 1999 and it wasn’t long until Amtrak set its sights on Louisville.

The bridge was already in place to carry trains over the river, but the city hadn’t found land to build a train station.

One year after debuting the Jeffersonville destination, WHAS11 anchor Doug Proffitt covered the consideration to bring it one step further to the old Union Station in downtown Louisville.

At the time it was an office, preserved like a museum, with original stain glass, tile flooring, wooden benches and even over the doors was a sign that read, "to the trains."

The plan gained steam with support from politicians and in 2001, the Kentucky Cardinal crossed of the Ohio River for first time.

After a golden spike ceremony with former Mayor David Armstrong, it was all aboard in southern Indiana.

Proffitt was there as the unofficial Amtrak beat reporter.

"The trains may run on time but midway over the river, the Kentucky Cardinal had to stop so that a barge could pass through," he explained. “The passenger train bends and weaves as it moves its way across the bridge. As it leaves the bridge train watchers greet the cardinal when it hits Louisville for the first time."

Nearly a month after the celebrations started, there was talk the city's $300,000 investment could be worthless.

Amtrak was losing money nationwide, asking Congress for a bailout but targeted 18 long distance routes for cancellation including the newly christened Kentucky Cardinal line from Chicago to Louisville.

Just a short time later, the last passenger train passed over the tracks in July 2003.

Since then, it has been only freight locomotives ruling the Louisville tracks like they had for so many decades before.