The Vault: The familiar buzz of the cicada is no stranger to Louisville

If you've lived in the city during 1970, 1987 and 2004, you're likely familiar with the cicada sieges. The Vault looks at some of the most interesting moments. 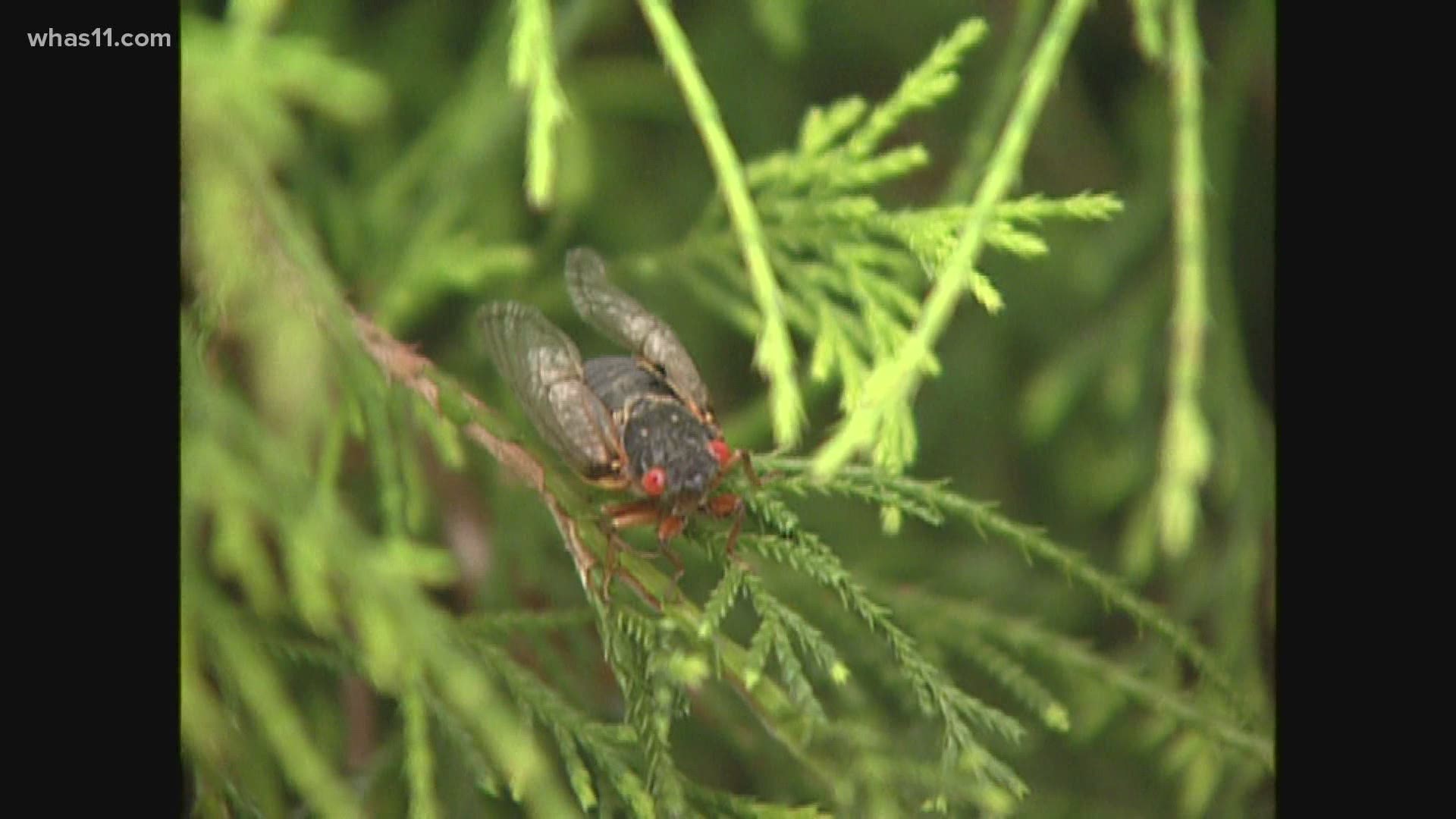 LOUISVILLE, Ky. — "If you don't like bugs and you live in an area with big, old trees, you might want to consider taking a six-week vacation on an ocean liner."

Fred Wiche gave that advice in 1987 which is true as gold in modern times. If you want to take him up on it, the time is now, as the creepy crawly creatures could arrive at any moment.

"After spending the last 17 years underground, the cicadas have returned- they'll climb up anything vertical, houses, trunks of trees even telephone poles, he said.

The weekend gardener had the science behind the invasion 34 years ago.

"The adult emerges from its skin which it leaves behind like an empty shrimp shell and then flies off."

He said that noise is a nuisance the creature is known for.

"In the weeks ahead you'll be hearing a very high-pitched sound, much like a dried out bearing on hundreds of automobile water pumps."

What it is exactly? Well it’s the call of the males to their future mate.

And when the sound dies down, it’s the end of the cicada siege at least for that part of town.

"Well it’s all quiet now in the Highlands neighborhood where a couple of weeks ago billions of cicadas were hanging from every tree branch," then reporter Terry Meiners said.

After the cicada eating contests and races had died down, Meiners wasn't quite ready to let go and befriended a member of the 1987 brood.

"It was by pure happenstance that this little guy fell into my life, I name him Sammy Cicada. After sitting dormant for 17 years, he had so many questions for me. So much to learn and so little time to soak it all in."

Credit: WHAS-TV
Terry Meiners shares a drink with his pet Sammy the Cicada

Meiners showed the little creature around town, pointing out all of the changes since his brood's last visit in 1970.

"He asked to see the grand old lady of the river. He was astonished that the downtown derby clock still hadn't been repaired in nearly two decades," he said.

And it would be nearly two more decades before Kentuckiana was under cicada siege once again.

"The Fiphers opened up their front doors Wednesday morning only to find these guys everywhere. The seventeen year cicadas lined several yards on Village Drive in the Highlands," Murphy said during a 2004 report.

The family told Murphy, "We knew they were coming but we didn't know what the date was so I figured well, okay, times up – here they are."

Credit: WHAS-TV
A family finds dozens of cicada shells outside of their home in 2004.

Billions of bugs dropped out of the trees, making even a simple sidewalk commute a little tricky.

"Across Louisville, cicada carcasses are everywhere- on public sidewalks and in yards. This postal worker has seen a lot," Anchor Doug Proffitt said. "I've talked to several people on the route who have had to really watch their dogs- they've got sick."

Fast forward four years, it was a different brood's turn and in a different neighborhood. It alarmed some Anchorage neighbors so much, they called for help.

"I called the police and asked them, and they assured me the noise was from the cicadas."

Children tried to make sense of the mass quantity by counting the cicadas on the trees but were unsuccessful.

Former investigative reporter Adam Walser took a brave approach when it came to the cicadas.

"Back when I was growing up there was a book called how to eat fried worms. Back then I didn't venture to do it but now I get paid to do things like this – it does kind of taste like shrimp."