The Omni effect on downtown Louisville

As the finishing touches happen at the Omni Louisville Hotel, Louisville is getting ready to compete with other big cities for large bookings. 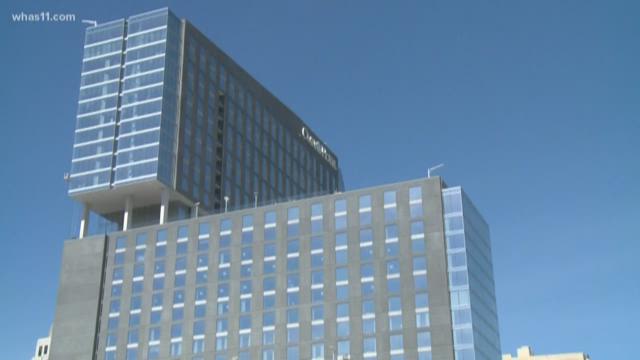 LOUISVILLE (WHAS11) -- Workers are putting the finishing touches on the Omni Louisville Hotel this week in preparation for the March 6 grand opening. The Omni is the first 600+ room hotel to open in downtown Louisville since the Louisville Marriott in 2005.

The Louisville Convention and Visitor's Bureau said the opening of the Omni, along with the renovated convention center opening in August, is already helping to level the playing field with cities like Indianapolis, Nashville and Saint Louis.

“It’s a game changer,” said CEO and President Karen Williams, adding that the bureau will be able to go after larger groups and associations that they have never been able to book in the past.

In addition to making the city more competitive on a regional and national level, officials also expect the Omni will cause an increase in competition locally among existing hotels.

The Omni features luxury apartments and five dining options, reflecting an experience-based trend that is becoming common in the hospitality industry. Williams said many local hotels, including the neighboring Louisville Marriott Downtown, are working to expand experiences that cater to both travelers and locals.