The history of the Belle of Louisville

As the city works to fix financial woes for the Belle of Louisville, we look back on its 106-year history. 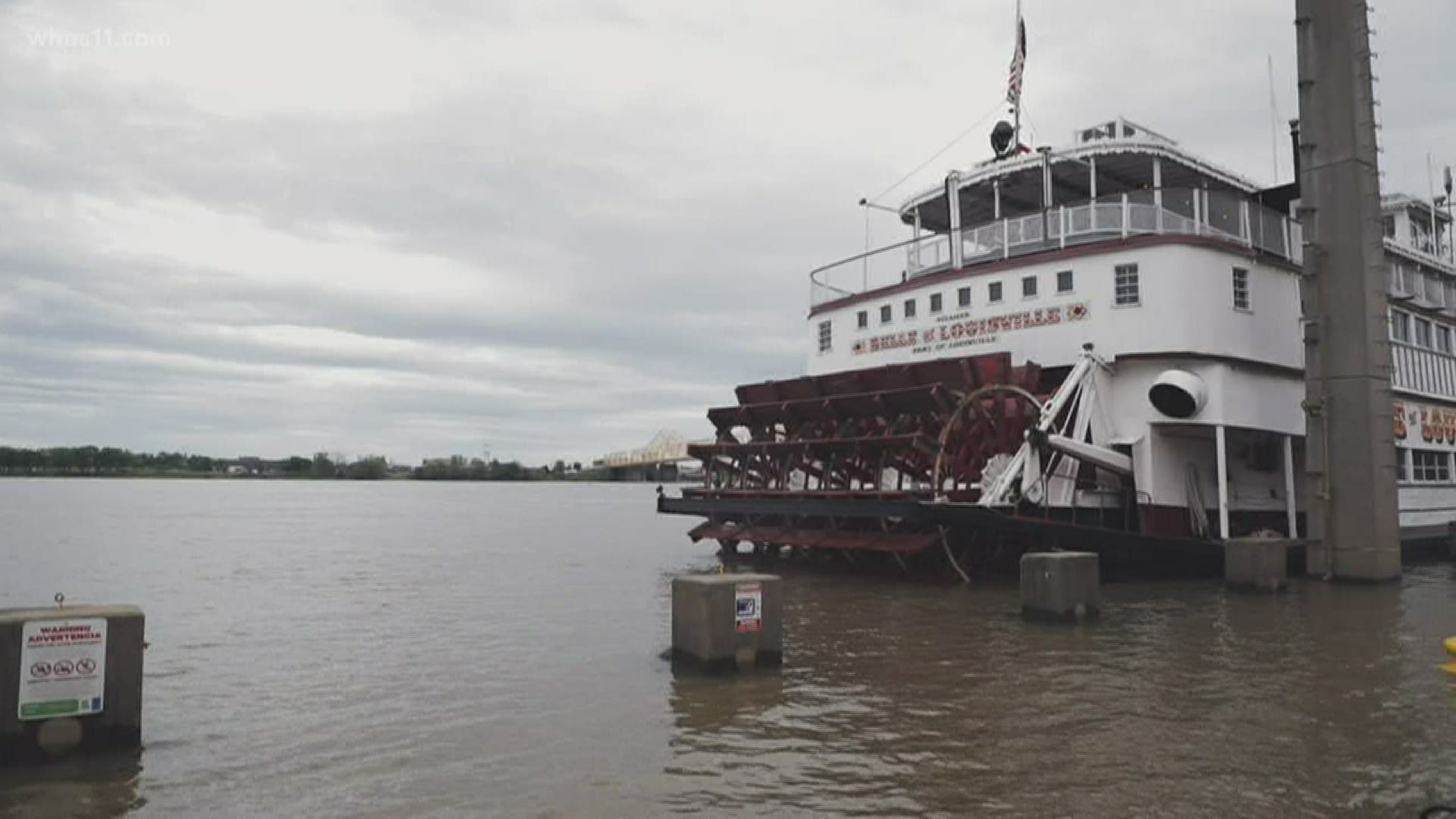 LOUISVILLE, Ky. — As the city of Louisville works to make sure we don't say goodbye to the Belle of Louisville forever after the coronavirus caused significant financial issues, we look back at the faithful steamboat that has lasted generations.

The Belle of Louisville was first launched in October 1914 as the Idlewild, a passenger ferry between Memphis, Tenn. and West Memphis, Ark. The boat would haul cargo like lumber or cotton.

Idlewild first arrived at the river city in 1931, spending a season running trips to Rose Island and Fontaine Ferry amusement parks before spending years traveling the waterways from Canada to the Gulf of Mexico and Montana to Pennsylvania.

The boat stayed in the city through World War II, its owners saying it offered moonlight cruises and the occasional USO nightspot.

The Belle of Louisville organization said the boat was renamed Avalon after its master Ben Winters asked for the change on his death-bed. The Avalon was sold to Cincinnati investors the next year.

The boat became the "most widely-traveled river steamboat in American history" over the next 13 years, according to its website.

Finally, the boat was purchased by Jefferson County Judge Executive Marlow Cook for $34,000 in 1962. Its name was officially changed to the Belle of Louisville.

It raced in the first Great Steamboat Race against the Delta Queen one year later. In 1988, it was named the country's oldest and most authentic river steamboat.

While the Belle of Louisville is owned by Metro Louisville, Waterfront Development Corporation has operated the boat since 2005.

Every year, Metro Government spends around $528,000 on the Belle. Some funds have been donated by Louisville Tourism.

Before the coronavirus pandemic, people could take a cruise on the Belle of Louisville or the Mary M. Miller. Often, graduating classes or even wedding parties will rent out a boat for events.

Now, though, the 105-year-old steamboat is in trouble as budget cuts cause issues.

All dates and times was gathered from the Belle of Louisville's history webpage.