There are several laws currently under consideration by Kentucky lawmakers to strengthen penalties for animal abusers. The father of a Louisville teen murdered in 2011 is supporting harsher penalties after his son's dog was tortured. 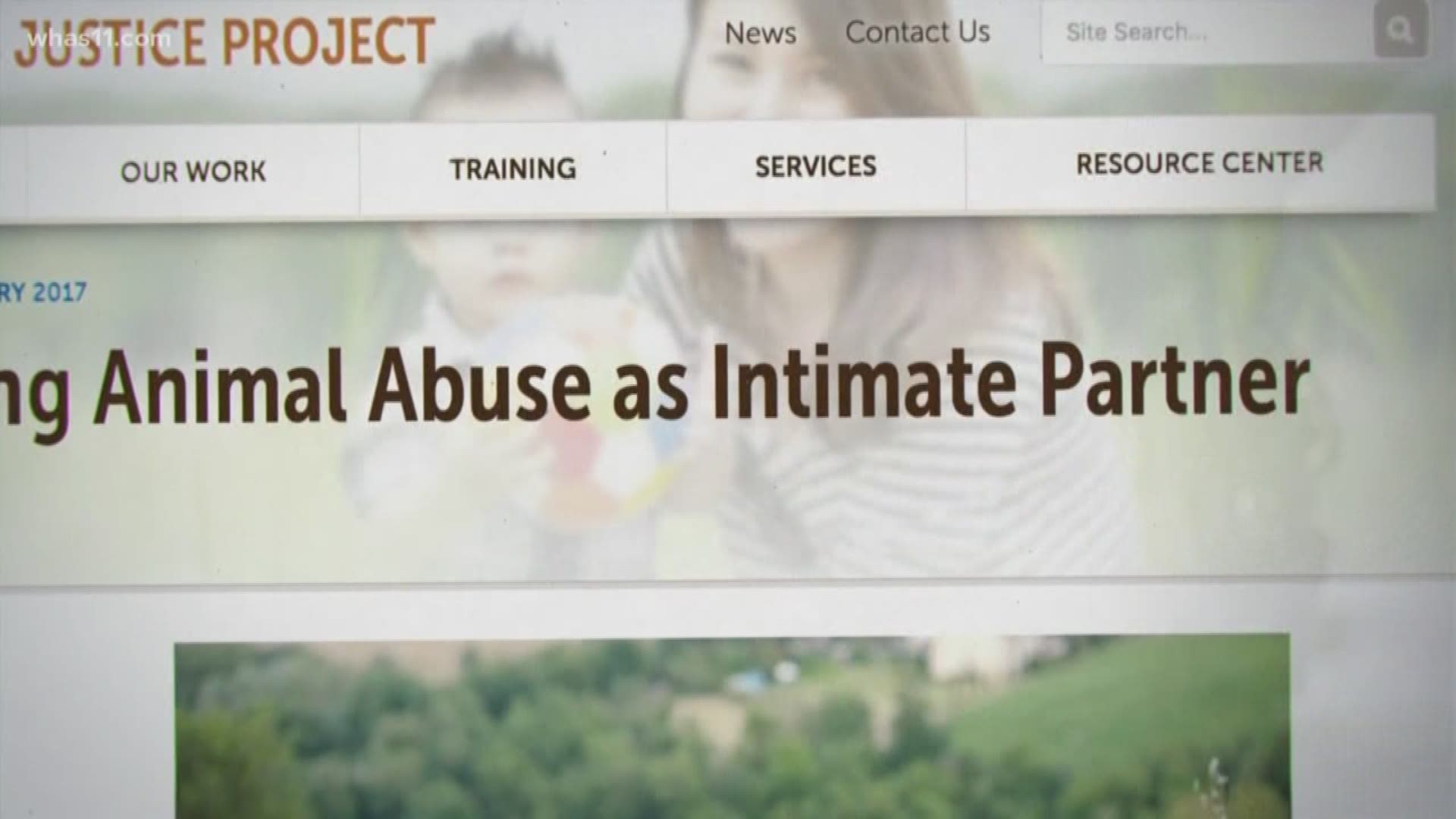 LOUISVILLE, Ky. (WHAS11) -- It was 2013 when Joshua Gouker admitted to beating his step-son to death two years before.

“I just snapped. I hit him, and he went down,” Gouker said during his courtroom confession.

The body of 14-year-old Trey Zwicker was found in a ditch behind Liberty High School. His father Terry recognized Trey by his clothes.

“I could count the stitches on his jeans. I knew exactly who was down there,” Zwicker said.

Gouker was sentenced to life for Trey’s murder, but it wasn’t the only life he took.

Zwicker said Gouker had a hot temper and Trey’s dog became a target. He believes Gouker killed the dog before killing Trey.

According to Battered Women's Justice Program, up to 71 percent of domestic violence victims also report their abusers threatened, injured or killed a family pet.

“If you are willing to do this to an animal, in my opinion, it’s just a start before you start doing it to a human being and people need to look at that,” Zwicker said.

Louisville’s Center for Women and Families is at capacity. They house 79 beds for men, women and children who are victims of domestic violence wanting help for not only themselves but for their pets.

“Typically, if the animal is part of the family makeup, they are used as part of the abuse,” said Elizabeth Wessels-Martin, the CEO of the Center for Women and Families.

Wessels-Martin said some domestic violence victims don’t leave their relationship out of fear of leaving their animals.

So, in 2016, the center started a ‘Safe Haven’ program, partnering with the Kentucky Humane Society. This program allows victims of violence to stay with their pets.

It’s the 11th straight year the Commonwealth ranked at the bottom of the list for not having felony laws for animal neglect or abandonment.

There’s no increased penalties when animal abuse happens in front of children and there’s no statutory authority for protective orders to include animals.

“If we can stop the violence before it ever happens, it could save a lot of women from having to end up in sanctuary houses and abuse centers,” Kentucky State Representative Walker Thomas said.

Rep. Thomas is gaining sponsors to a pre-filed bill that would toughen animal abuse penalties. Under his plan, torture of a dog or cat would carry a sentence of one to five years. That’s an increase from current state law which ranges from 90 days to one year.

It also would require a person convicted of animal torture to not have the sentence ‘suspended, probated, conditionally discharged or subject to any other form of early release’ if the person also intended to ‘threaten, intimidate, coerce, harass or terrorize a family member or someone in a dating relationship.

“Trying to stiffen the penalties a little bit where they can actually serve some jail time and think about what they’ve been doing before they hurt an individual,” Rep. Thomas said.

Rep. Thomas hopes lawmakers take up and vote in early 2019.

For Terry Zwicker, it won’t change the outcome of losing his son.

But, he hopes tougher animal abuse and domestic violence laws can prevent other families from getting a phone call like the one he got on May 11, 2011.

“Everybody asks, how do you hold it together? Well, I mean I got no choice. I got to move forward. I got to be here for the family I still have left,” Zwicker said.

Center for Women and Families