On Thanksgiving-eve, bars and restaurants are grateful for a business boost

Daniel Keown, the general manager at DiOrio's Pizza and Pub on Baxter Ave., said the day before Thanksgiving is one of the busiest days of his year. 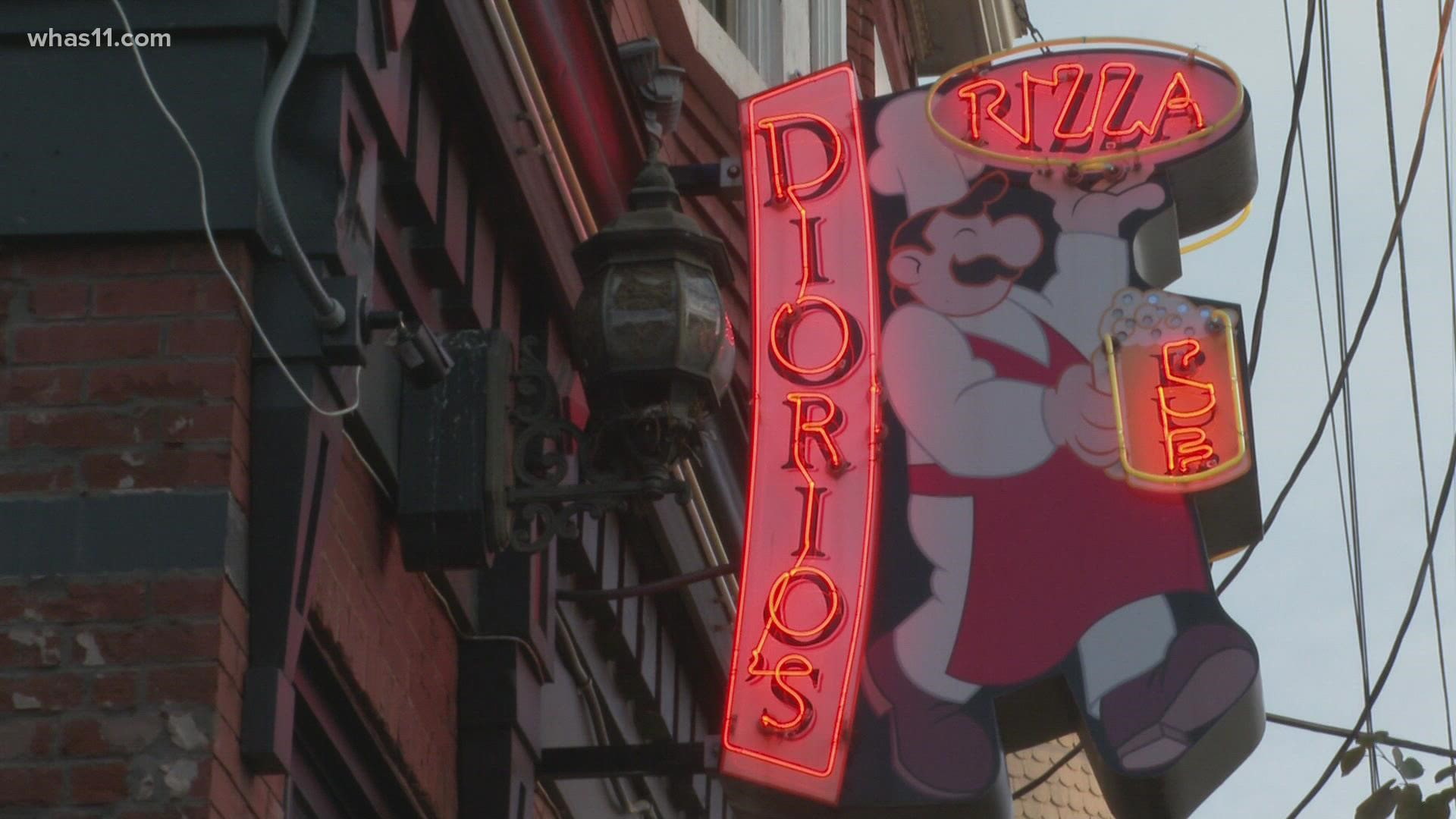 LOUISVILLE, Ky. — After a year of socially-distanced holidays, friends and family are reuniting in Louisville for Thanksgiving celebrations and bringing a much-needed bump in business for local bars and restaurants.

Daniel Keown, the general manager at DiOrio's Pizza and Pub on Baxter Ave., said the day before Thanksgiving is one of the busiest days of his year. Last year, he was busy with carryout and delivery orders, but he said he's hoping the renewed hustle and bustle of the holiday season will guide more people through his doors for 2021.

Louisville native Ethan Newton is a delivery driver for DiOrio's and he won't have to go far once he's finished with his shift. When he's not delivering pizzas, he's studying biology at the University of Louisville with the hope of being a doctor someday.

In the meantime, he said he doesn't mind helping DiOrio's with their pre-holiday rush.

"I love this area, the Highlands in general," he said. "The customers are nice."

During his rounds on Thanksgiving-eve, customers were grateful for a moment of peace before Thanksgiving.

"I'm doing all of the cooking tomorrow so I don't want to cook tonight," one customer said.

Distant family and far-off college kids were also reuniting at The Back Door on Bardstown Rd. Wednesday night. People like Reginald Bibb, visiting from Dallas, were happy to be in the Bluegrass for Thanksgiving.

"It's always good to come back home," he said.

Katie Dedich traveled more than three thousand miles from Austria, where she's been living for the last three years. After not being home for so long, she said being in a familiar place like Back Door is a celebration in and of itself.

"It's a spot for all people to come," Dedich said. "Where everybody's welcome to come. You don't have to be from one end of one town - it's just a good place to be."

While many people are likely looking forward to the delicious food and family time that Thanksgiving promises, it's safe to say that most are extra thankful this year just to be with the ones they love.