Nearly 40 people came to the St. Matthews location Saturday including moms and dads who showed support for the woman. 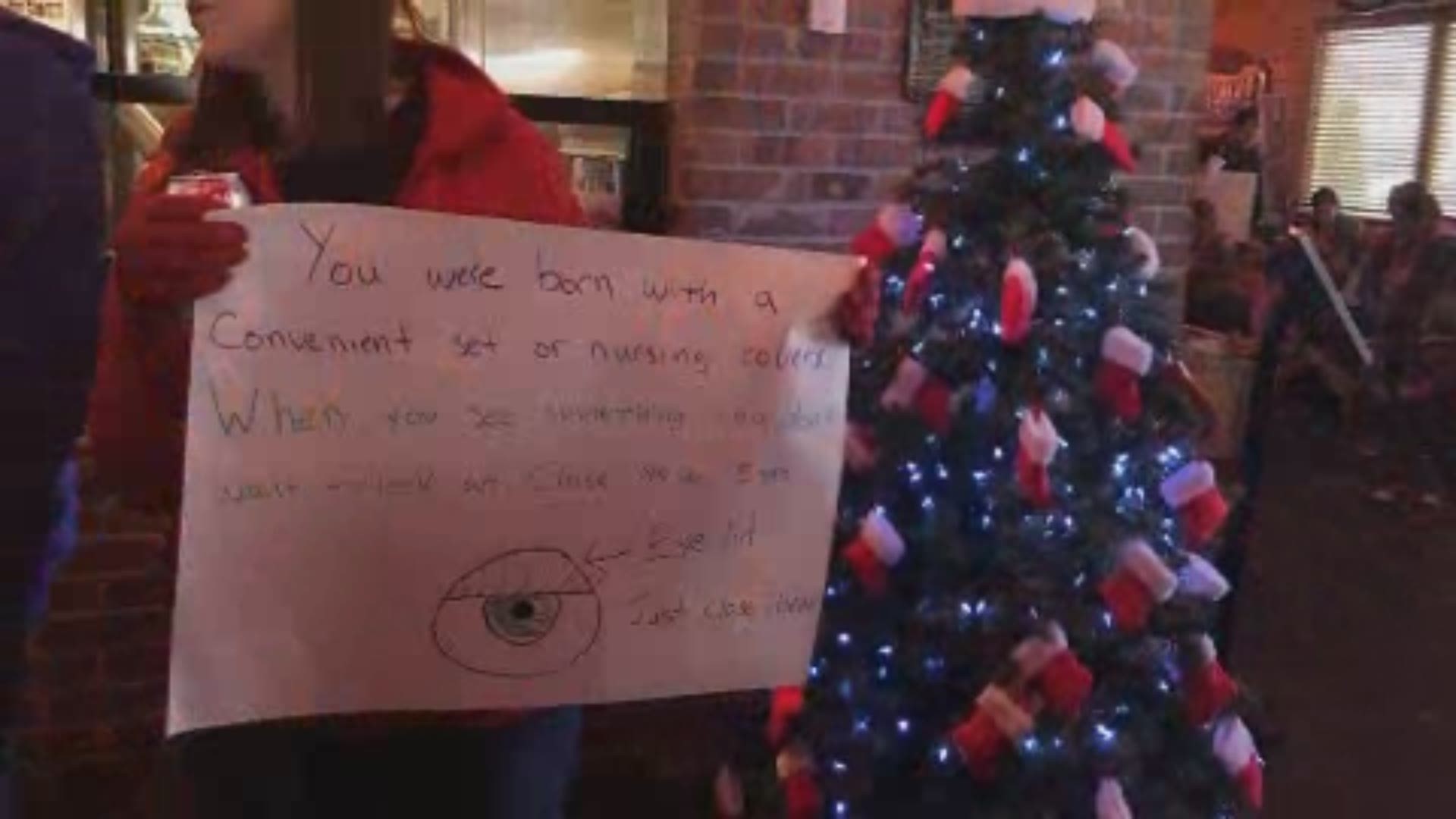 LOUISVILLE, Ky. (WHAS11) – A spokesperson for Texas Roadhouse has expressed apologies on the company’s behalf after a customer was told to cover up while breastfeeding.

Nearly 40 people, including members from nursing group La Leche of Louisville, showed up with signs to support Sadie Durbin.

Durbin was visiting the Texas Roadhouse location on Thursday when a manager told her to cover up after he allegedly received complaints from other customers.

Durbin's Facebook post recounting the incident went viral on social media with many coming to her defense.

Officials told WHAS11 News they had a good conversation about what they considered to be a situation that was mishandled.

Kentucky law allows women to breastfeed in public, saying no one should interfere in the process.

“We sent out information to all other restaurants and said, ‘hey, this is an issue. Let’s use this issue as a learning experience for everybody – not just our employees,’” spokesperson Travis Doster said.

"We sincerely apologize to Mrs. Durbin and all nursing mothers for how this situation was handled. We would like to thank the members of La Leche League of Louisville for meeting with us today at the restaurant and educating us on the struggles facing nursing mothers. As we discussed, we will use this incident to educate our employees to the rights of nursing mothers as part of our commitment to a providing a welcoming and family-friendly dining experience for everyone."