When the home isn't using the energy it's taking in, it's stored by LG&E for later use. The roof is the only one of its kind within 500 miles. 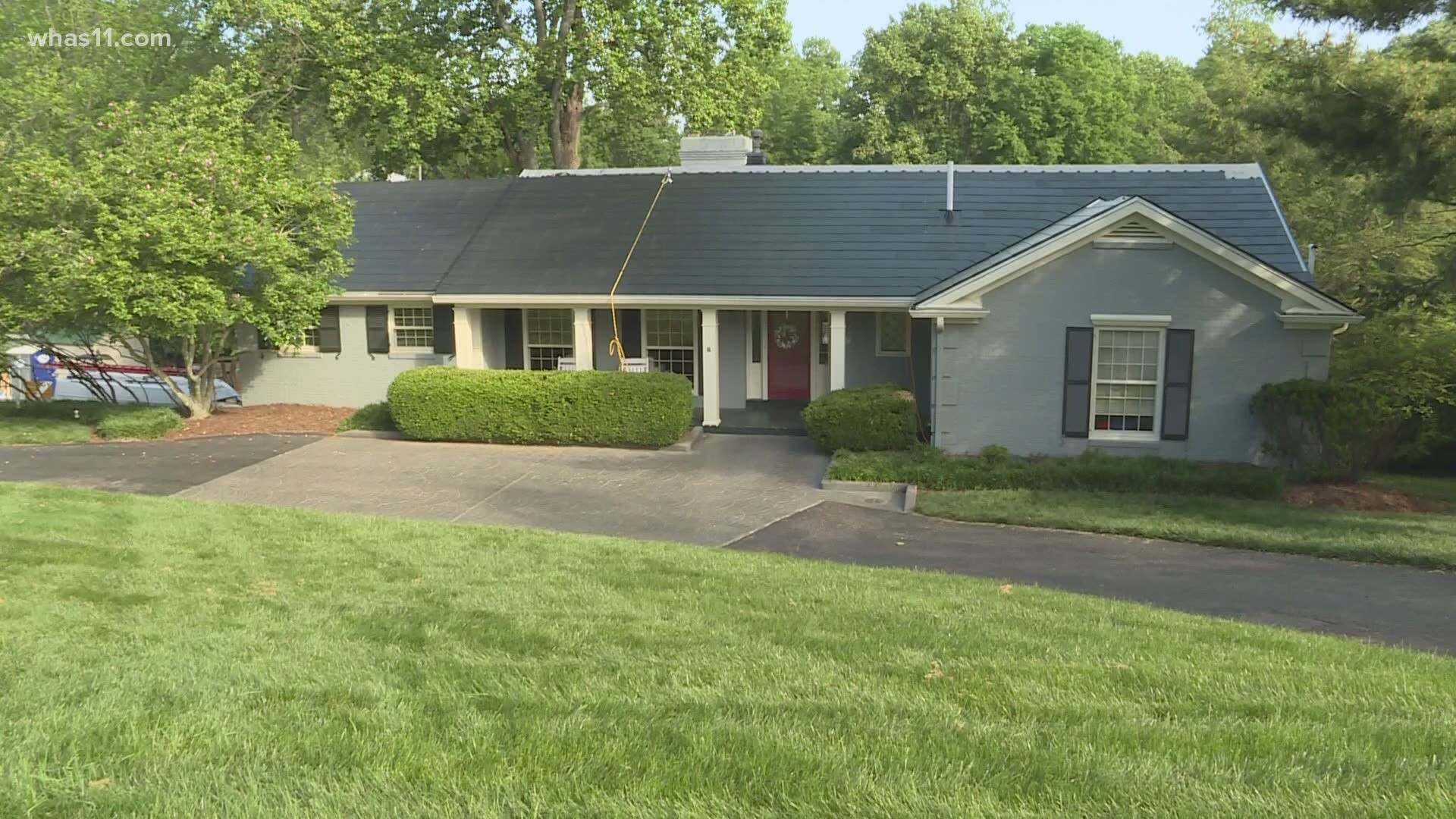 LOUISVILLE, Ky. — A Tesla solar roof just went up in east Louisville and you'd likely never know it was there. The Tesla model is not yet available to the public but is part of a pilot project across the country, with a two-year waiting list.

In place of shingles, Tesla solar panels are capturing the sunlight and putting it to use. It's a clean energy that can power every light and appliance in your home, depending on how much electricity you normally use.

"It's sitting on the roof producing huge amounts of power almost invisibly," Steve Ricketts, the owner of Solar Energy Solutions said. His company is in charge of installing these Tesla roofs across seven states in the region.

They include a home battery backup that stores energy and makes it available on-demand day or night or during an outage.

About 500 of these Tesla roofs exist across the country. Ricketts says this roof is the only one within 500 miles of Louisville.

"I think the misconception for most people is solar power is a difficult, complex and a technical subject and you need a degree to put it on your house. It's incredibly simple," Ricketts said.

"We got on the list. It was a year and a half later before they called and said, 'Your number's up,'" Harold Cates, the home's former owner said.

Cates lived at the east-end residence off Lime Kiln Lane for 20 years before selling it, though he still has a hand in a lot of the home's updates.

"It's a choice. You're going to have to put a new roof on it and spend a bunch of money. How about getting something back? Energy's going to cost more and more. That's all there is to it. So, this will produce all the energy he needs, plus some," Cates said.

Credit: WHAS, Brooke Hasch
The Tesla roof is almost complete after about 2 weeks on the job. Next up: gutters and new landscaping.

When the home isn't using the energy it's taking in, it goes straight to the utility company where it's stored and credited for later use.

"Right now, it's probably pushing energy back to LG&E. When the homeowner comes home tonight, they will pull that energy back," Ricketts said.

According to Tesla, a solar roof reduces your carbon footprint, protects you from rising electricity rates, increases your home's value and secures your home from outages.

While there are more affordable solar panels, this Tesla design comes with a big price tag. The company's recently come under fire for raising its prices even further.

"This roof, because of its kilowatts and its size, it's a big roof, is $100,000," Cates said. Adding on new gutters will be an additional cost.

On the flipside, this Louisville homeowner will get a $27,000 tax rebate, and his electric bill will be next to nothing - if he receives one at all. This is possible through the ITC, short for “Investment Tax Credit,” which is 26% of the cost of your solar panel system, including equipment, labor and permitting.

The roof is expected to pay for itself in the next 10 to 12 years, according to Ricketts.

"This is clearly an upscale version of a roof, the Ferrari of the solar world. Most people are looking to buy the Ford of the solar world, which is equally available. This stands out as a great sign that this can be done, it can be a part of the house and look beautiful," Ricketts said.