Drew Thomas at Five Star Tattoo in Louisville said there are common misconceptions against tattooed donors that he and his coworkers dismiss. 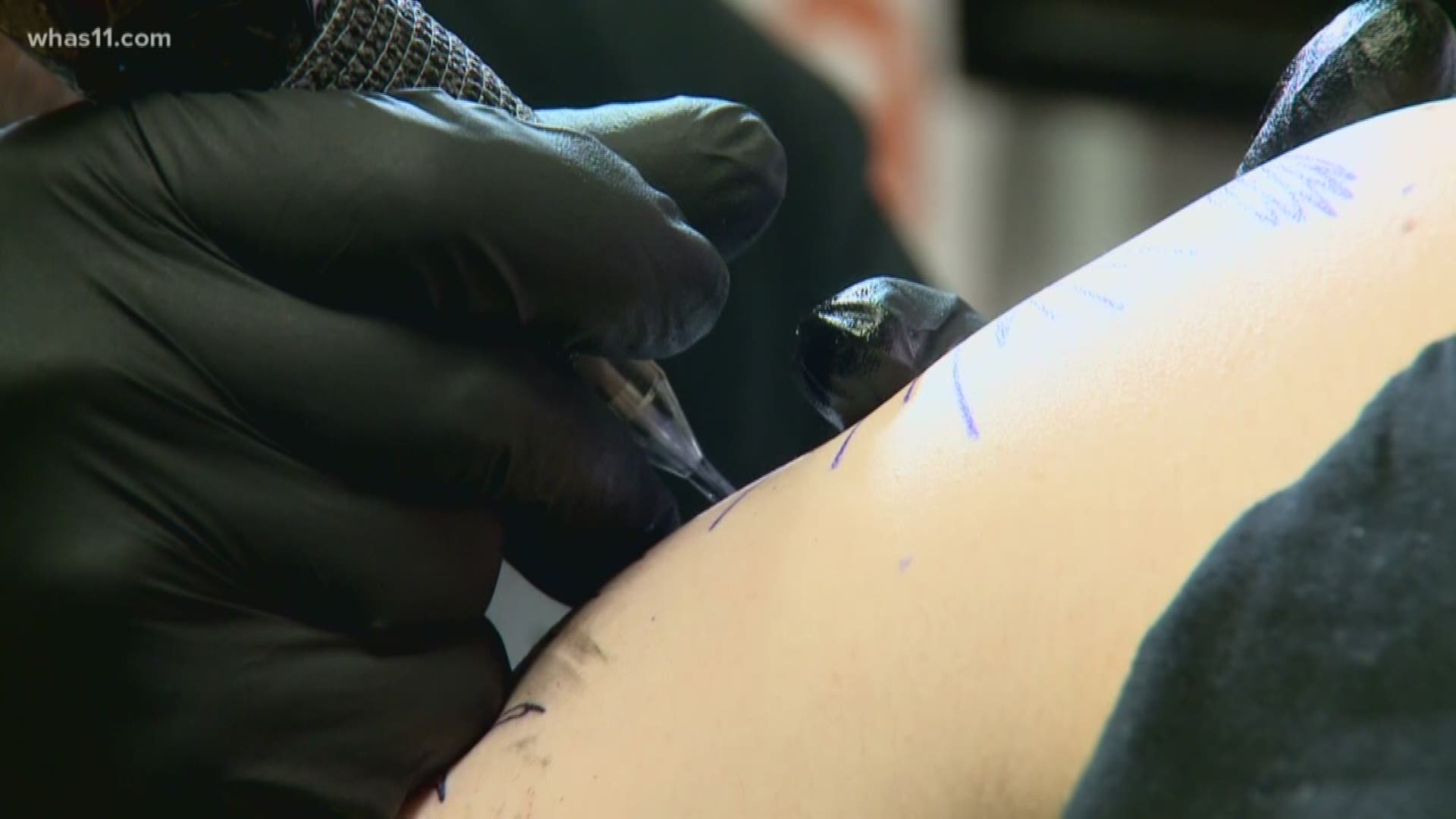 LOUISVILLE, Ky. — One Louisville tattoo artist not only creates inspiring pieces of art, but hopes to break down misunderstood regulations that stop his clients from donating blood.

Drew Thomas at Five Star Tattoo said tattooing offers him the chance to connect with people on an intimate level.

"I like interacting with people because they are kind of trapped with you for so long and they are going through this odd experience. It has a way of bringing things out of people that they may not otherwise share," Thomas said.

In addition to his day-job, Thomas also works as a blood drive coordinator for the Red Cross. He said the myth that people with tattoos cannot give blood discourages people from donating, and he and his coworkers work to dismiss any misconceptions.

"There was a regulation in place in the past," Thomas said. "There are restrictions for donating blood with travel and sickness, or getting certain vaccinations, and tattooing was one of those restrictions."

As long as the tattoo was applied by a state-regulated shop that uses sterile needles and does not reuse ink, people are allowed to donate in Kentucky and Indiana.

"People who are open to getting a tattoo are often open to donating blood," Thomas said. "It's almost always the same conversation...'Hey, it's okay to donate blood if you have a new tattoo?' 'I had no idea. I'm going to go donate blood.'"

The Red Cross said only 3 percent of people who can donate blood actually do. Other common misconceptions include not being able to donate if you're taking medication (as long as you're feeling okay, you're good to go) or if you're under the age of 18 (you can donate at 16).

"Blood donations help all kinds of people that have had either medical conditions, or traumatic accidents," Thomas said. "It doesn't really cost you anything your body will make more blood but that blood could be very valuable to somebody else."

For more information on donating blood, visit the Red Cross.