TARC revealed efforts to get paratransit service back on track in front of Louisville's Public Works Committee, whose leaders called the issues "unacceptable." 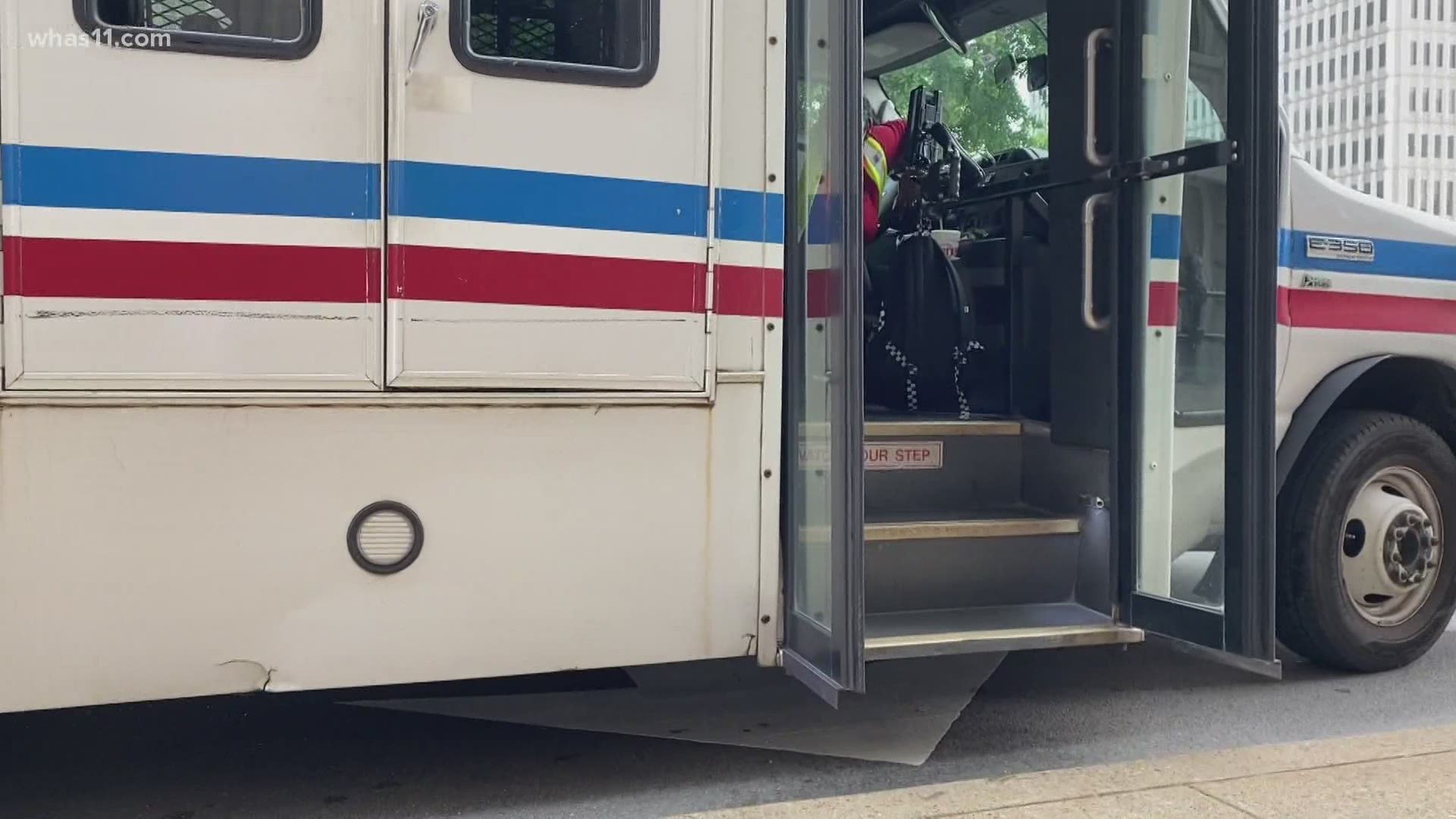 LOUISVILLE, Ky. — You've heard their pleas for help, at times so frustrated it has even led to downtown protests.

We've told you about the hours-long wait times for some.

On Tuesday, TARC3 executives again admitted their service for those with disabilities is falling short, even at times leaving seniors without a ride home.

TARC executive director Carrie Butler revealed the company's efforts to get back on track in front of Louisville's Public Works Committee, whose leaders called the current issues "unacceptable."

Butler said it is, they simply need more workers.

"Unless you tell me they've found a solution to the problem since I last rode, then I won't be riding," said Sherrie Bishop, who tells WHAS11 she was told she'd have to wait 7-8 hours for a driver two weeks ago.

Rebuilding trust can be a tall task.

"The ride there was fine, it was the ride home that was the problem," Bishop said.

Frustrations with TARC3's bus service isn't new for Bishop and others with disabilities.

On Tuesday, in front of Louisville city leaders, TARC again said it's falling short on meeting demand and that filling the driver gap is the solution.

"We lost a little north of 50% of the operators, and now we're trying to retain them and bring them back into the workforce," said Mark Collins with MV Transportation, which partners with TARC to provide local service.

Butler said through appreciation efforts like open houses and gift cards, TARC3 has brought in 37 applications in the last week in an effort to fill 42 positions.

But Metro Council members questioned how workers will be retained once hired, given the huge loss during the pandemic.

"One of the biggest things we are doing is making sure we care for our workers' safety," Collins said.

Other council members questioned what vulnerable seniors are to do until then if they're dropped off but left waiting hours for a pick-up.

"It's at the point where they are already stranded and trying to find a workaround," said Councilwoman Keisha Dorsey, representing City District 3. "What's the provision made so that the person has some sort of way to still maneuver?"

"When the schedules are being built, it's assumed we will have the drivers show up to work," Butler said. "But there's no additional vendors or providers of service to backfill."

Meanwhile, transit unions like the Louisville chapter of the Amalgamated Transit Union believe the problem lies with the treatment of workers.

"They lost more than half of their drivers, and the ones they did have, they abused them," said local ATU President Lillian Brents, who cited subpar working conditions.

Brents tells WHAS11 that as long as TARC3 chooses to subcontract from outside vendors, drivers won't stay and riders will continue to suffer.

"I would like for them to get rid of the MV [Transportation] contract," Brents said. "At one point they were hired in-house, but it's cheaper to hire them elsewhere."

Meaning solutions to mend the wound could still be a wait-and-see process.

TARC said ending its contract now with MV Transportation would only add instability to the situation. The Public Works Committee is having TARC executives return on August 3 for a status update on recruitment efforts.