Risco joined TARC in 2017 but was only appointed by Fischer to the full-time executive director position in April last year. 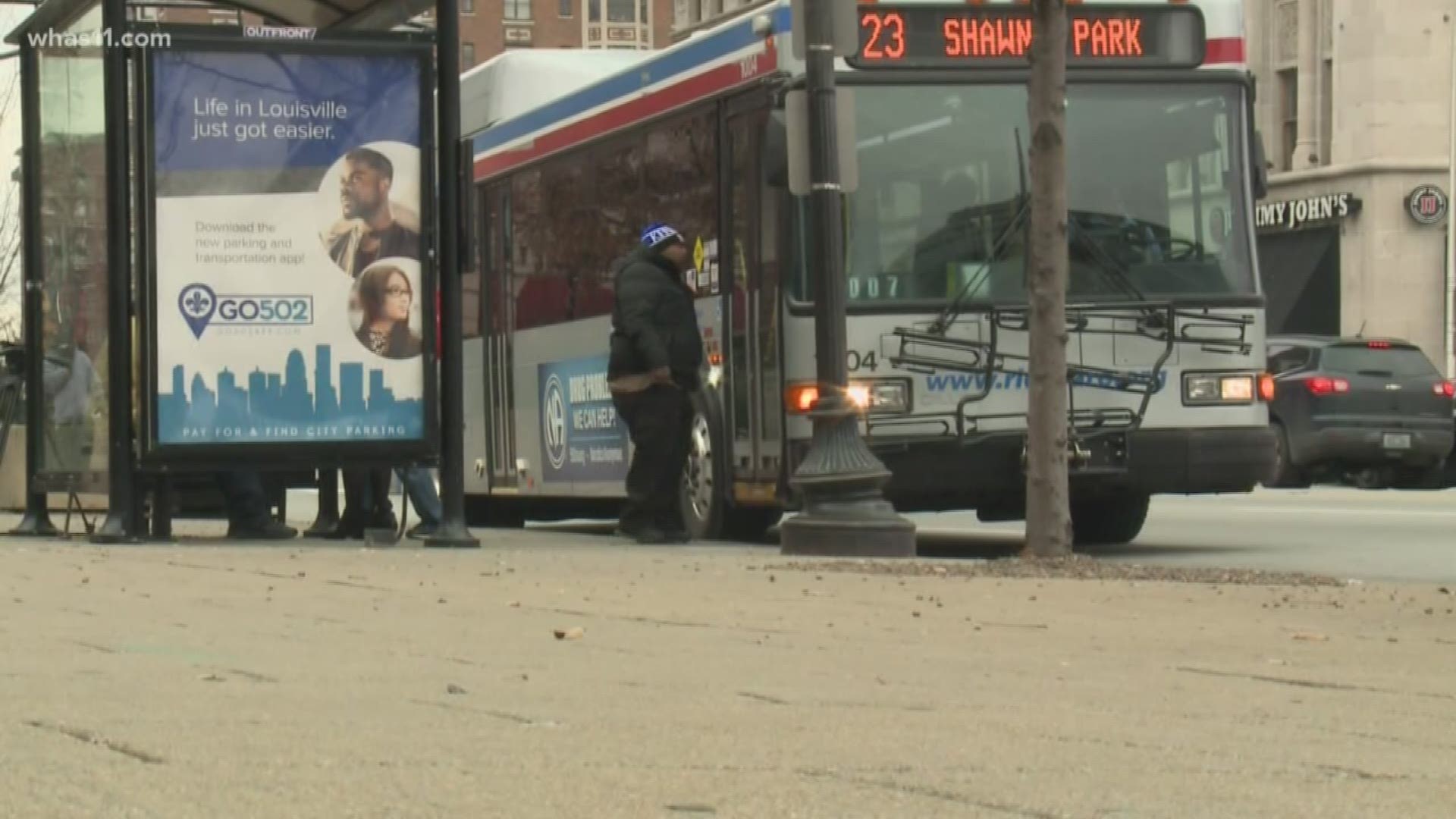 "An interim director will be named soon, and a search for a permanent director will begin," Mayor Greg Fischer wrote in a statement. "A quality public transit system is critical to our city, and we are committed to a smooth transition."

Attorney Thomas Clay said six women approached him over the weekend with allegations against Risco, which included "inappropriate touching, transmitting photographs of his organ, and sexually suggestive texts." Clay said at this time he is not representing any of the women, which include former and current TARC employees along with an independent contractor, he did write an email to Fischer's chief of staff Monday detailing these accusations.

"I think everyone I met with wanted him to be terminated and to get him out of the workplace, and I think that's the main objective, which has been accomplished at this point," Clay said.

In the email, Clay also wrote these women had told him Risco "linked sexual submission to his advances to opportunities for advancement."

"So it was more quid pro quo type situation and obviously it put them in great distress," said Clay. "Losing sleep at night, developing disorders of that kind, it's very troubling and it interferes with their ability to do their job."

Clay said he has not been contacted by anyone in the Metro government with regards to his email.

Risco joined TARC in 2017 but was only appointed by Fischer to the full-time executive director position in April last year.

"The TARC team’s focus remains on providing a high-quality, safe and reliable service that is so crucial to our community’s residents and visitors," TARC board chair Mary Morrow wrote in a statement. "We are working to quickly identify an interim director to work with our wonderful, dedicated team until a permanent director is named. And we plan a national search for a new director who can help TARC continue its trajectory as a leader in the transit industry."

Risco and TARC have also been at the center of controversy in the past two weeks after a dispute between contracted drivers for the TARC3 paratransit service led to some clients being stranded without rides. TARC is in the middle of transitioning from First Transit to MV Transportation as the TARC3 service provider.

"It is absolutely not the service that we want to provide," said Risco at a Metro Council Public Works committee meeting Tuesday. "We absolutely want to make sure customers get the service they expect and demand of us."

Metro Councilman Anthony Piagentini wrote in part on Twitter following Risco's resignation: "This shows why the TARC3 transition was such a hot mess. The Director was too busy sexually harassing his staff."

Piagentini, the vice chair of the government oversight committee, also wrote in a separate tweet that he wants to see a full investigation.

Metro Council President David James said over the phone Wednesday he would fully support the committee launching an investigation.

"I think we need to find out what exactly happened, how it happened, how the system failed the women that work at TARC, who knew what, when they knew at TARC and what did they do about it at TARC,"  said James. "Also find out what we need to do, what policies need to be in place, what procedures need to be in place to make sure that it doesn't happen again at TARC or any other city agency."

James said he first found out about the sexual misconduct allegations Monday night.

"When I first heard about it, I was in shock and a little dismayed, disappointed, just really taken aback by it," said James. "I would just like to say to the women that were victimized that I'm sorry this happened to you and we're going to try our very best to find out what happened."

Despite the recent controversy surrounding TARC and Risco, one loyal TARC rider said its been a mess for a while.

John Owen relies on TARC to get to work every day, getting on the bus at 26th and Bank St. and getting off on Goss Ave.

Owen is the Kentucky representative for the national Rail Passengers Association. He also serves as chair of the Kentucky chapter.

"I ride the bus every day to work here in Louisville and recently the experience has been wondering if we're going to have a bus or not," Owen said. "It's sad because Louisville was known at one time for having one of the best public transit systems in the country."

Owen said he's "shocked" at how TARC's service under the management of Risco has "degraded."

"Frustrated is an under-statement," he said. "It's the worst I've seen it since I remember riding public transit and I rode my first city bus when I was about 2 years old."

Owen points to a TARC driver shortage for many of the issues. He also said the transit system ran much more smoothly when it was run by private companies.

"We need to open up the can of worms at TARC," he said. "Look and re-evaluate the entire system of transportation delivery in Jefferson County."

Owen is calling on the mayor and metro council to address the issues at TARC, something that may now happen.

But Owen says a whole lot more than Risco needs to be addressed.

"We have a problem here in Kentucky and the problem at TARC is just the tip of the iceberg of transportation problems within the commonwealth," said Owen. "I think we've got to not only call on the mayor but we need to call on the governor."

Owen still remains hopeful progress can be made, as he plans to still ride TARC to and from work each day.

"Hopefully some good will come out of this," Owen said.

The TARC board of directors has called a special meeting for Thursday, Feb. 13 at 4:30 p.m. to discuss Risco's resignation.

Today the board met to be updated on the resignation and investigation of allegations surrounding former TARC Executive Director Ferdinand Risco. We look forward to working with Interim Co-Executive Directors Handmaker and Douglas on a plan to move forward that’s good for our employees and our riders who depend on our services, as well as in consultation on the national search for an executive director.