Sweet 16 brings fans from across the country to Derby City

Virginia, Tennessee and other college basketball fans put the Kentucky Derby Museum at the top of their Louisville bucket list during their visit for the NCAA Tournament. 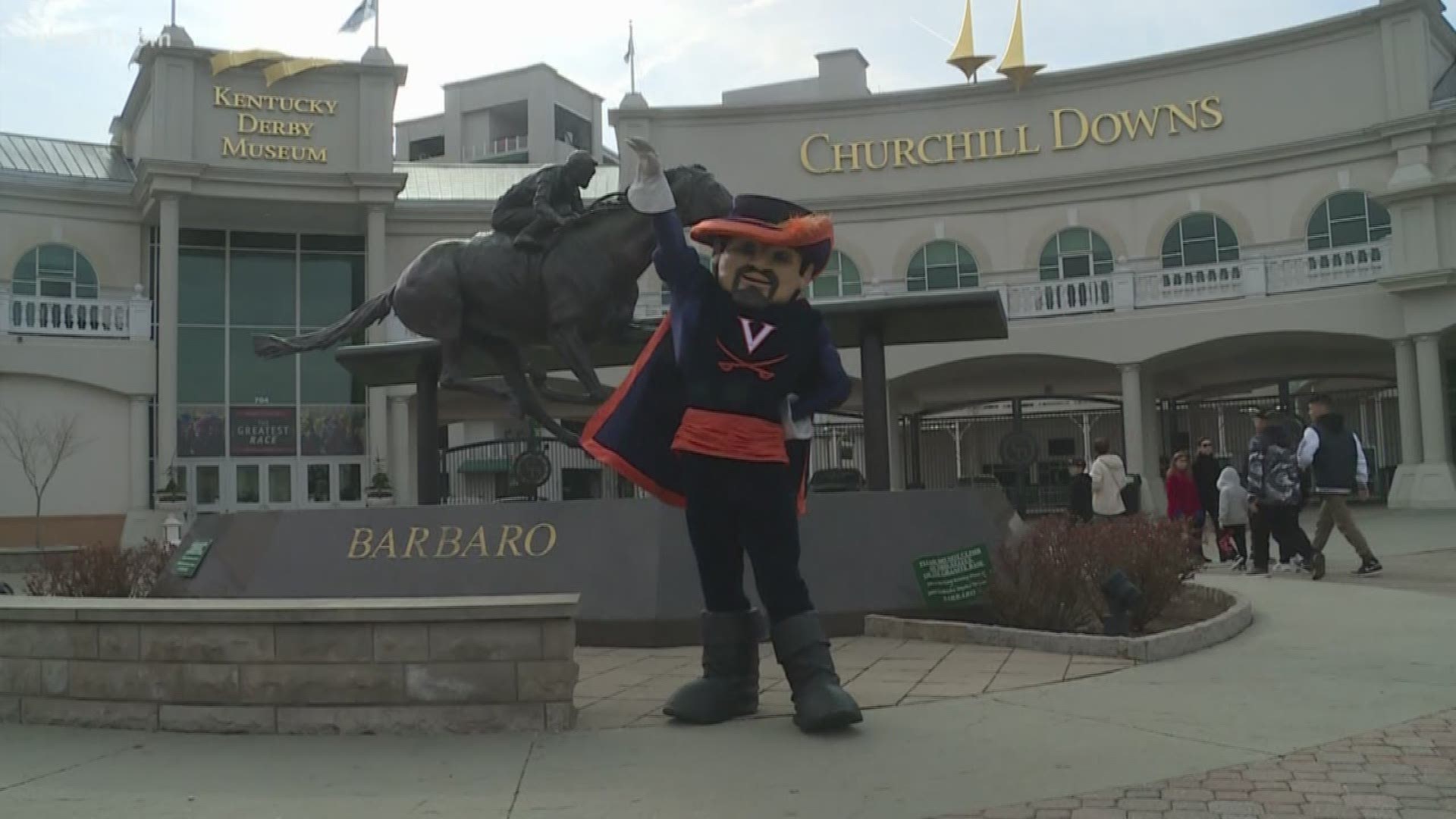 LOUISVILLE, Ky. — The 145th Kentucky Derby is rounding the third turn and close to the winner's circle, but the Kentucky Derby Museum is open year round. Thanks to a different sport, the museum is seeing a boost in attendance before Derby time.

"If you're interested in horse racing at all, this is like...the mecca," Michael Gousse, a Virginia fan from Maine, said. "[This is the] best place you can go."

The Kentucky Derby Museum said they've had 68 percent more visitors this week than last week due to the influx of college basketball fans exploring the town before tip-off.

Louisville hosts the South Region's Sweet Sixteen and Elite Eight games at the YUM! Center, and fans like Gousse said they knew Churchill Downs, the Muhammad Ali Center and the Louisville Slugger Museum were on the top of their Louisville bucket list.

"When people leave the Kentucky Derby Museum, we hope that they have experienced the greatest two minutes in sports by walking through this museum and seeing all the different exhibits," Rachel Collier, Interim Communications Director, said.

Some of the NCAA fans said they've been to Louisville before for the tournament, and have even been to the Kentucky Derby Museum before, but they wanted to come back because of how much fun they have had previously.

"When I was here four years ago, this was on my bucket list," Bob Frost said. "I love it. I just feel like I'm part of it. It's part of history."

The museum is open 360 days a year. For tickets, pricing and times, you can visit their site.