A man is dead after police say he reached for a weapon during a struggle with an officer. 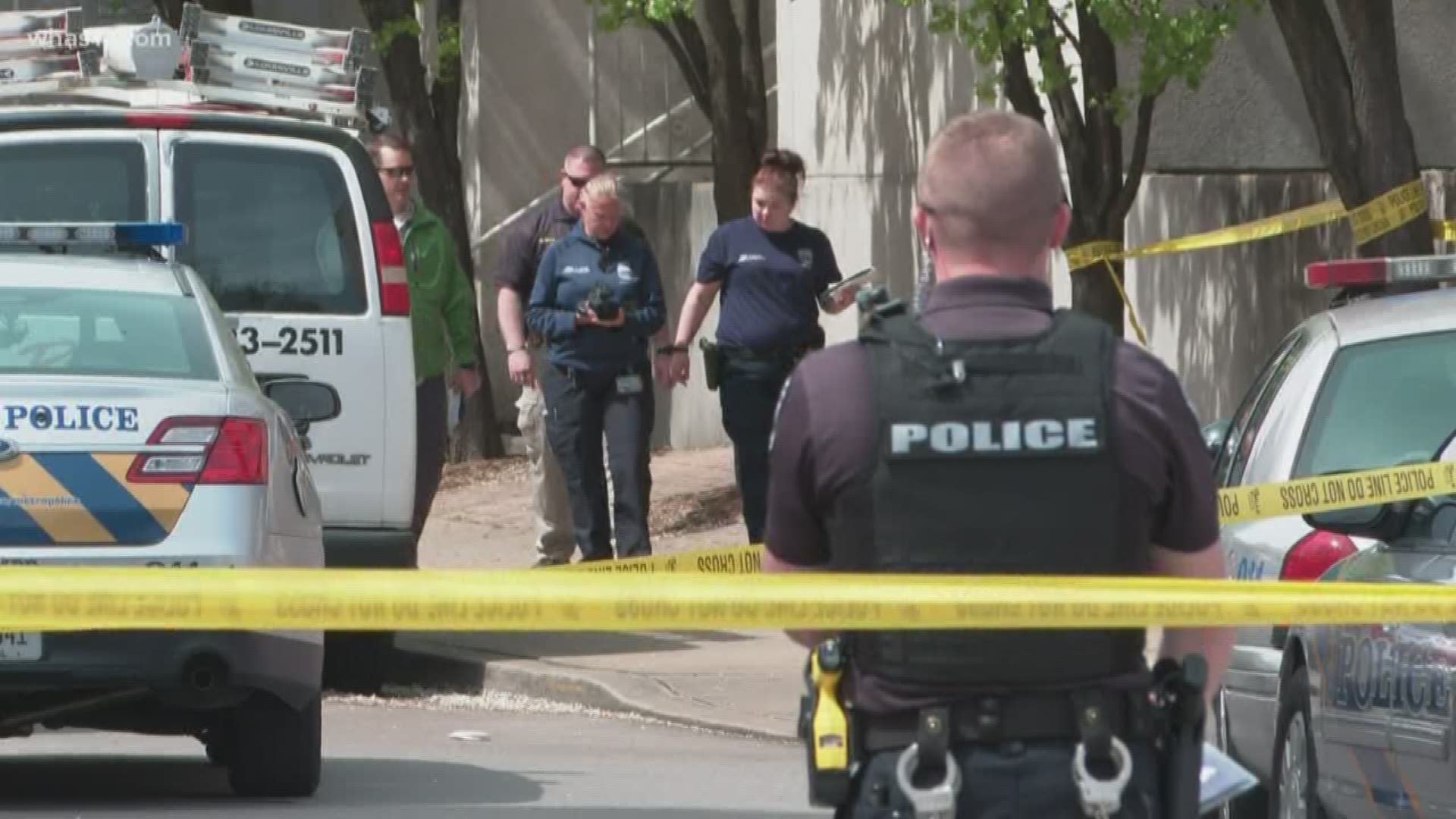 LOUISVILLE, Ky. — The suspect has been identified in a deadly officer-involved shooting in the 200 block of E. Gray St.

According to an LMPD spokesperson, sometime before noon, an officer from the Heritage Creek police department was working off duty and got reports of a "disorderly" man at the Dosker Manor Apartments. He attempted to sop the man, identified as 44-year-old Jessie Stringfield, on the premises. Stringfield was believed to have a weapon. The off duty officer chased him on foot but lost him.

"Security at Dosker Manor had been having issues over the past week regarding a subject who was threatening residents, using disparaging remarks and was reported to have displayed a handgun in a threatening manner," LMPD Public Integrity Unit Lt. Ted Eidman said.

An officer from the UofL police department found Stringfield walking in the 200 block of E. Gray St. He stopped him and a struggle ensued.

An LMPD officer arrived on the scene and said Stringfield reached for a weapon. He then shot Stringfield in order to protect himself and the UofL officer, the spokesperson said.

Stringfield was taken to Univeristy hospital to be treated for his injuries, but later died at the hospital.

Eidman said as part of processing the scene Monday, officers recovered a handgun that was "in possession of Mr. Stringfield."

"We have been reminded far too often here lately just how dangerous of a job policing is. This job often requires split second decisions that people will judge and second guess for a lifetime but as police officers we understand, we accept the high level of public scrutiny that comes along with that responsibility of having to fire your weapon," LMPD Chief Steve Conrad said.