The man accused of killing two people at the Stony Brook Kroger was indicted Wednesday, Oct. 31. On the two counts of murder, alone, he could get 20 to 50 years or even life or the death penalty.

Gregory Bush, 51, is was arraigned on Oct. 25. He is facing two counts of murder and ten counts of wanton endangerment.
Author: WHAS11 Staff

LOUISVILLE, Ky. (WHAS11) — The man who is accused of killing two people at a Kroger on Taylorsville Road was indicted Wednesday, Oct. 31.

Gregory Alan Bush, 51, of Louisville was indicted for the murders of Maurice Stallard and Vickie Jones. He is facing charges that include two counts of murder, one count of criminal attempted murder and three counts of wanton endangerment.

On the two counts of murder, alone, he could get 20 to 50 years or even life or the death penalty.

The attempted murder count alleges Bush tried to shoot the Good Samaritan who shot back at him. The two counts of wanton endangerment are for the Good Samaritan's wife as well as Maurice Stallard's grandson, the two were at the Kroger at the time of the shooting.

Bush was arrested at 3:05 p.m. Wednesday, Oct. 24, by police after the shooting at Kroger. 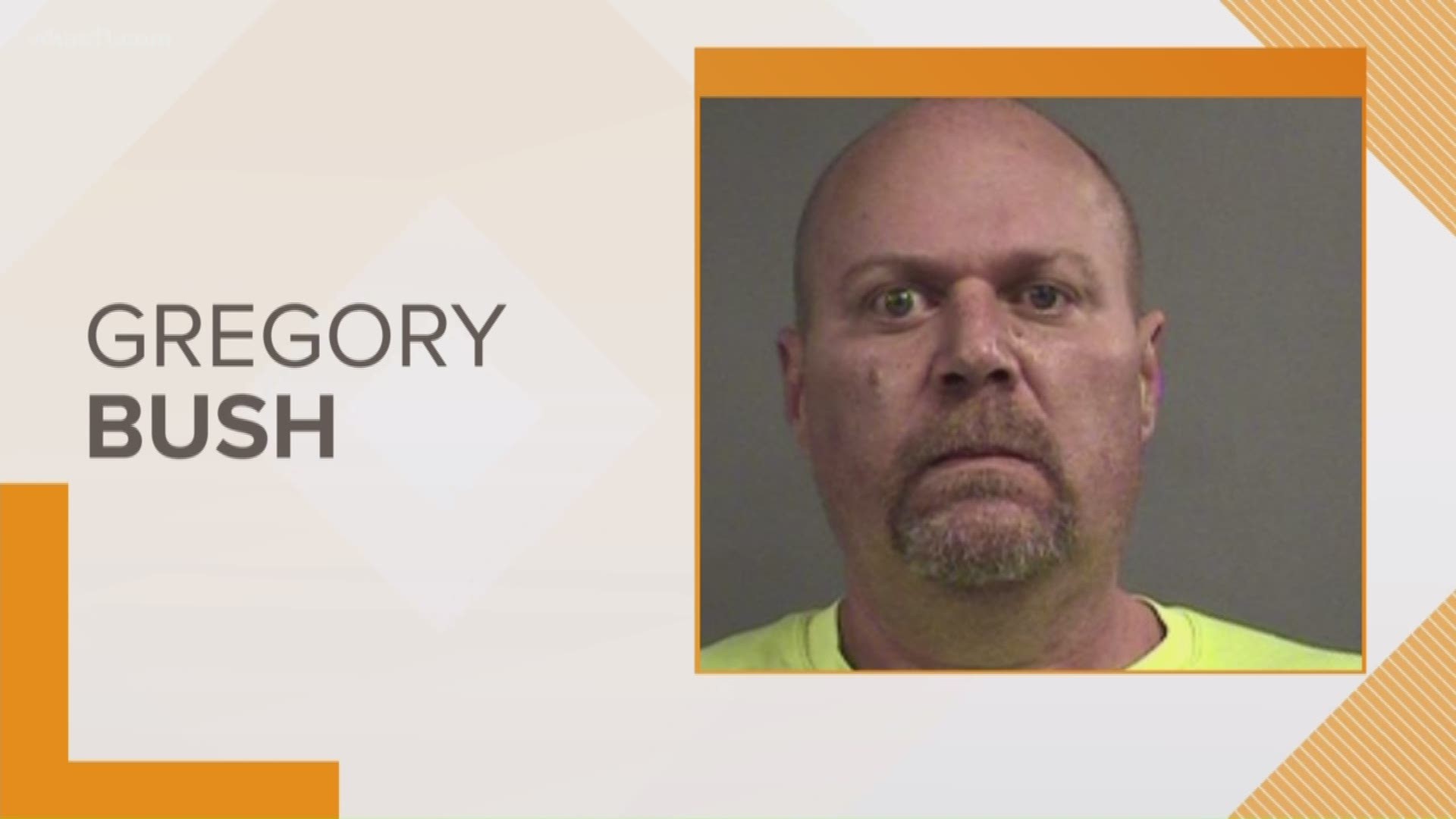 According to Bush's arrest slip, he entered the Kroger store on 9080 Taylorsville Road, walked to the back of the store and, for reasons unknown, shot a man multiple times until he died. Bush then re-holstered his weapon and exited the store, according to witnesses.

When he went into the parking lot, Bush reportedly pulled out his pistol again to shoot a woman several times. She also died from her injuries.

An armed civilian, who had a concealed carry license, confronted Bush, who began "firing wildly" at the civilian through the parking lot, endangering several shoppers in the parking lot. Bush then fled the scene. It does not appear that anyone else was injured in the incident.

Bush was arrested by police at 2501 S. Hurstbourne Parkway on Oct. 24.

There's been some discussion about whether Bush could be charged with a hate crime. Commonwealth Attorney Tom Wine discussed whether that could play a role in bringing forth any enhanced penalties.

"Hate crime is not a separate charge in Kentucky. Hate crime is a status and it only comes up at the time of sentencing," Commonwealth Attorney Tom Wine said. "When a judge makes a determination by reponderance of the evidence, 51 percent more likely than not that this individual acted out of hatred toward another individual because of their race, gender or immutable characteristic. So Kentucky's hate crime statute really doesn't help us at all."

Wine said he and his team feel very comfortable prosecuting this case. He couldn't go into specifics about evidence but said they will do their best to return a guilty verdict.

The incident is still under investigation.

"As Commonwealth’s Attorney Tom Wine said today, our state hate crimes law needs a lot work, including strengthening the penalties for horrific crimes, such as homicides, which currently are not covered. I am pleased that some of our legislators are hearing that call. I look forward to working with Mr. Wine and the legislators to improve the hate crime law as we work for justice for crime victims."

“The United States Attorney’s Office, DOJ Civil Rights Division, and the FBI have an open and active federal hate crimes investigation that will be thorough and prompt, aimed at collecting the evidence necessary to meet the standards required for charging under the federal hate crimes and related laws,” U.S. Attorney Russell M. Coleman said. “Experienced civil rights prosecutors from the U.S. Attorney’s Office and the Civil Rights Division are assigned to this matter, including prosecutors who have charged and taken to trial hate crime murders. Those prosecutors and all of us are working to ensure that justice will be done in this case. In the interim, Mr. Bush remains detained and is no further threat to the public.”