The canvassers said their goal was to educate more people about the injustice and get judges on board with ending bail. 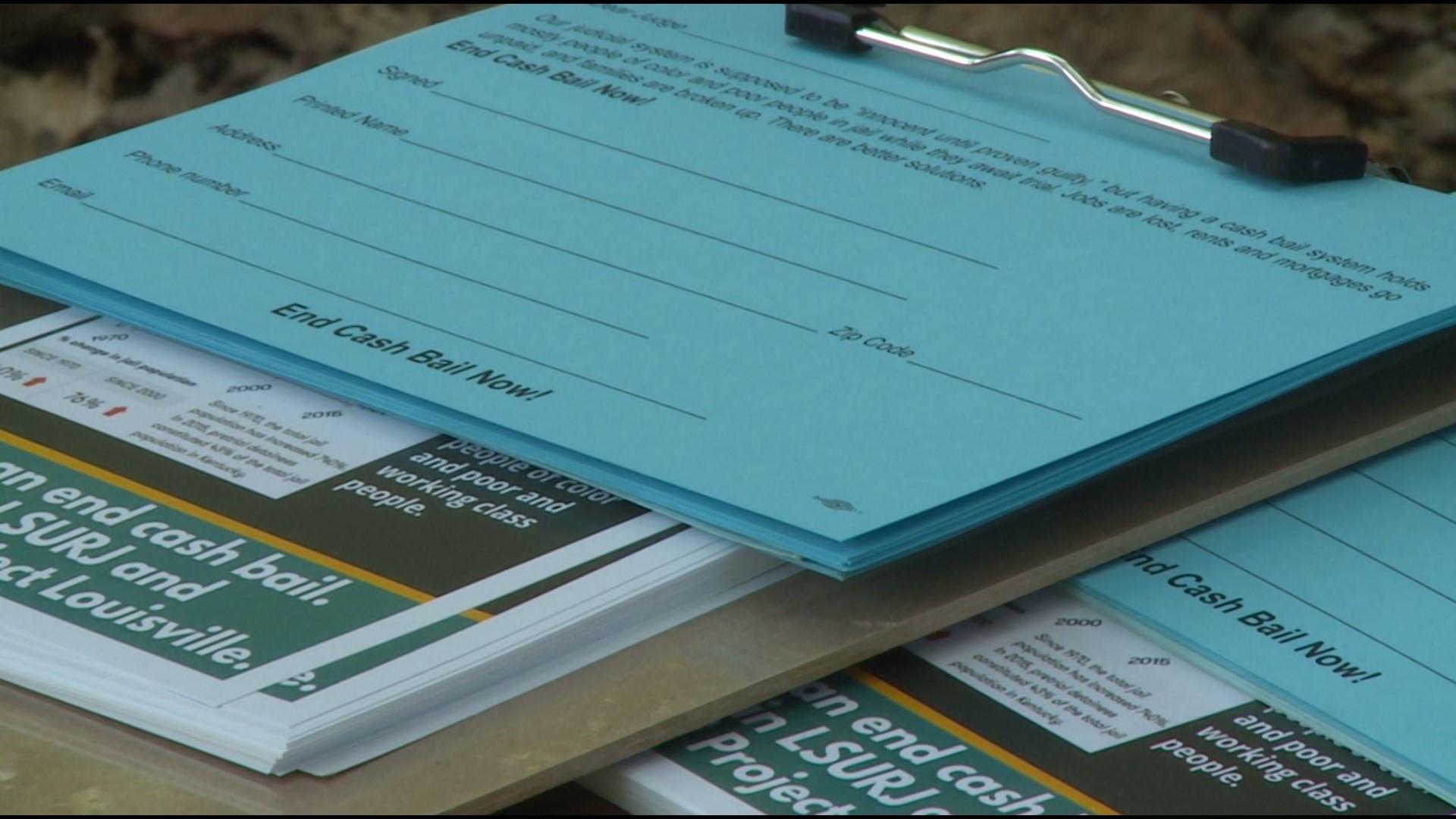 LOUISVILLE, Ky. — Jail overcrowding has been an issue that started before the COVID-19 pandemic.

Community group Showing Up for Racial Justice, or SURJ, said the cash bail process is more harmful now than ever before.

Current mayoral candidate Shameka Parrish-Wright works with the Louisville Bail Project and went door-to-door with SURJ to talk about the issue.

They talked to the South Louisville community about why they believe cash bail is unfair and how it disproportionately affects Black and poor people.

The canvassers said their goal was to educate more people about the injustice and get judges on board with ending bail in Jefferson County.

“The way bail has been used, it was set up to be an incentive to come back to court,” Parrish-Wright said. “It was never meant to be used in a punitive way that it’s used.”

Sunday’s canvassing event marked SURJ’s 20th and they said about 75% of those they’ve spoke with have agreed with ending cash bail.