Darnell Ferguson's weekend win came as no surprise to those who know him. 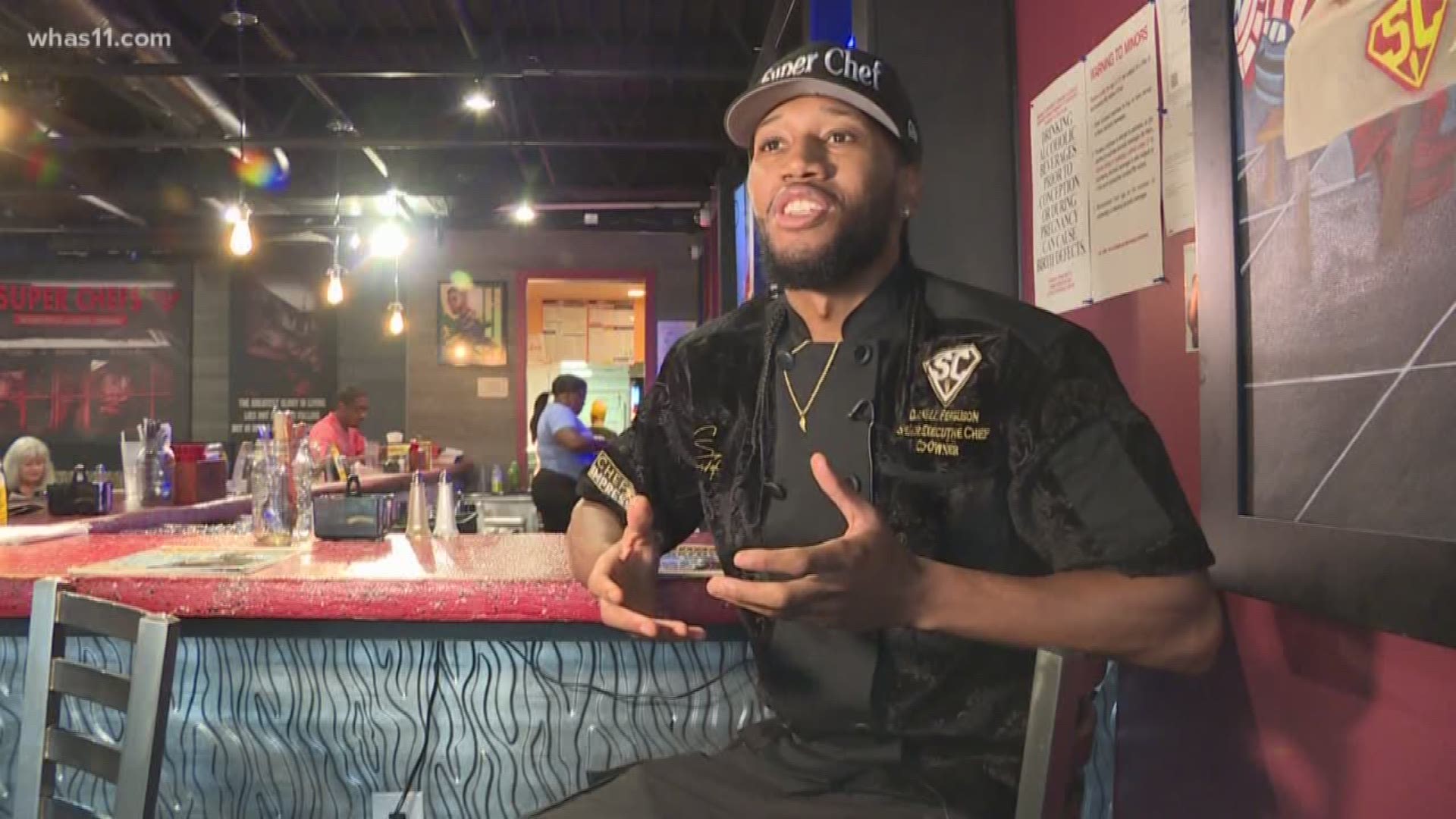 LOUISVILLE, Ky. (WHAS11) — Anyone who follows the food scene in Louisville knows Darnell Ferguson. Superheroes flood the walls of his Highlands restaurant, while his creativity soars in the kitchen. It's a talent that's gained him national attention.

Ferguson's weekend win on the Food Network's 'Ultimate Thanksgiving Challenge' came to no surprise to those who know him. Each chef was told to think outside the box and faced a series of challenges including cooking without crucial equipment and creating a full Thanksgiving meal in only three hours.

Fans will also tell you it's his character that stands out from a crowd.

It wasn't always the case. Just 7 years ago, you would've found Ferguson selling drugs and living on the streets. But he made a last-ditch effort to change and never looked back.

"It doesn't take that long to go from where you're at to where you want to be at and then above that," Ferguson said.

"We went from fires to floods. It's been hard. But it's worth it," he said.

He's living his dream and inspiring others to do the same.

"If people understood how often kids come up to me just to tell me they're excited, they're proud. They want to be chefs. That win was bigger because it opened the eyes of so many young chefs. I love that I won the show, but I love it because it inspired so many people to win at life," Ferguson said.

"It's been nothing short of amazing," he said.

Ferguson's prize is $25,000, all of which will go back into SuperChefs, where it all began.