In years past, the contest has been held at NASA's Johnson Space Center in Houston, but the pandemic has forced the students and chefs to work together virtually. 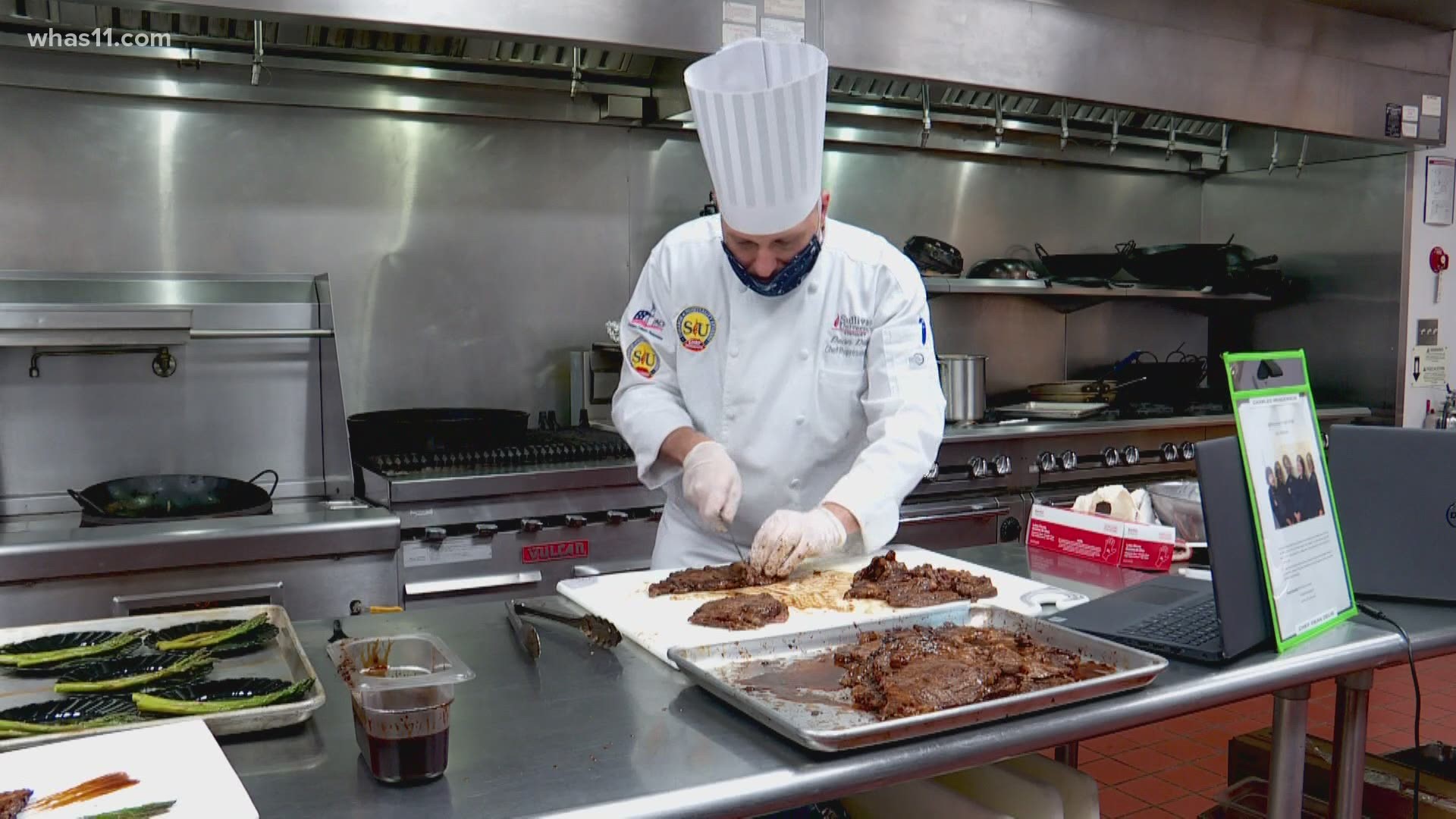 LOUISVILLE, Ky. — A group of chefs from Sullivan University are working with high school students from around the country in a cooking contest to create meals for astronauts in outer space.

The contest, which is run through the NASA HUNCH program, which stands for High schools United with NASA to Create Hardware, seeks to find the best recipe that meets different criteria for an astronaut's diet in outer space. The students in the top groups will receive scholarship awards, with the first place team receiving full rides to Sullivan University. The winning recipe will also be made and launched into space, where it will become dinner for astronauts.

"Being a kid and looking up at the sky and going, 'Wow, what's up there?' and now my hands are on the food that could be a winner," Chef Dean Delis said. "It's pretty amazing."

The contest is down to the 10 finalists, with each student group assigned to a chef at Sullivan University that will follow their recipes and bring their creations to life, where it is judged by a panel on several different factors, including calories, nutrients and taste from outer space, where the senses are very diminished.

"So you'll see like the steak has a lot of flavor in it or a lot of spice," Chef Domonic Tardy, a Sullivan University chef representative and a contest judge, said. "The barbecue chicken has probably more seasoning than the Colonel's."

"The two schools that I have are in Alabama and so they're primarily more into heavy smoke flavors," Delis said. "The recipes are completely to a tee. We don't add anything. We don't do anything different in the method of preparation because if you were to do that, like the asparagus if I were to blanch that, you'd leech out the vitamins, which are going to be essential to these astronauts."

In years past, the contest has been held at NASA's Johnson Space Center in Houston, Texas, but the pandemic has forced the students and chefs to work together virtually. Delis said despite not being able to meet in person, he has been able to have good interaction with the students, learning about their dishes, how to prepare them and how they should taste given the different constraints.

"I'm giddy right now, thinking about the fact that one of my teams could possibly have their food in space and my hands touched it," he said.

Thursday's judging focused on the taste portion, but there will be more judging in the coming weeks before a winner is announced.