Students from across KY help to revitalize Portland neighborhood 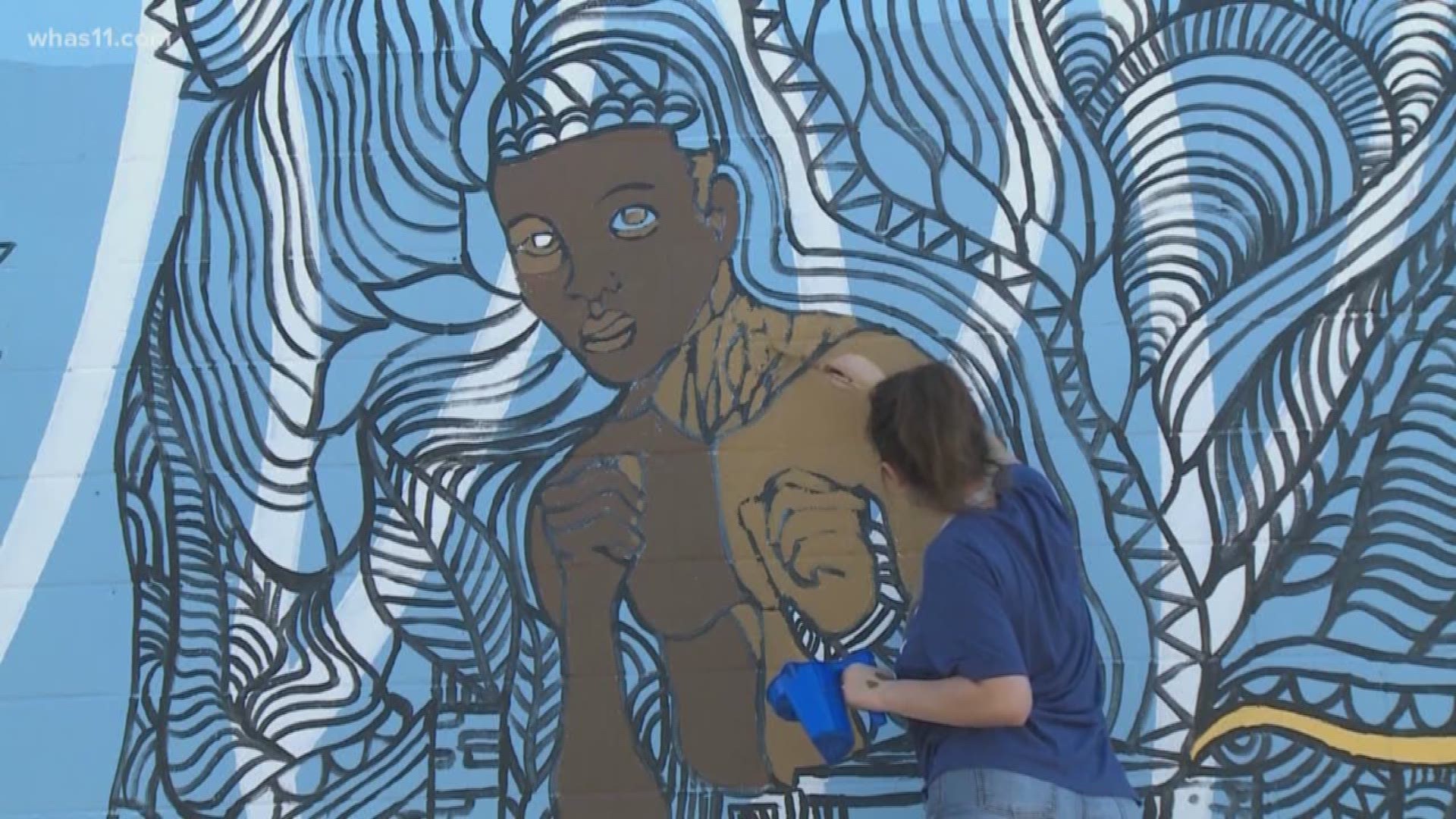 The Governor’s Scholars Program is a summer residential program for outstanding high school students throughout Kentucky. Students selected for the program spend five weeks at one of three college campuses in Kentucky where they focus on academic studies, personal development, community leadership and service.

The scholars spending the summer at Bellarmine University are completing their service by joining forces with Louisville Visual Art and community group Portland Now, Inc., to help with the Chromatic Homes project, which seeks to revitalize the Portland Neighborhood by beautifying area homes. The mural is made possible in part through a grant from the Snowy Owl Foundation.

“It’s showing them how, by getting involved, they can make a difference. So, they’re going to take something back home with them and be able to share something tangible that they helped create while they were here on the Governor’s Scholars Program,” Casebier said.

In addition to the mural, real homes will be touched up and painted in a chromatic color scheme. Students will be participating in the process of landscaping and painting a house, and through the program will learn about healthy community engagement, artistry and home improvement skills.