This group of students were also behind the "Raparations" video in 2019 which demanded reparations for slavery. 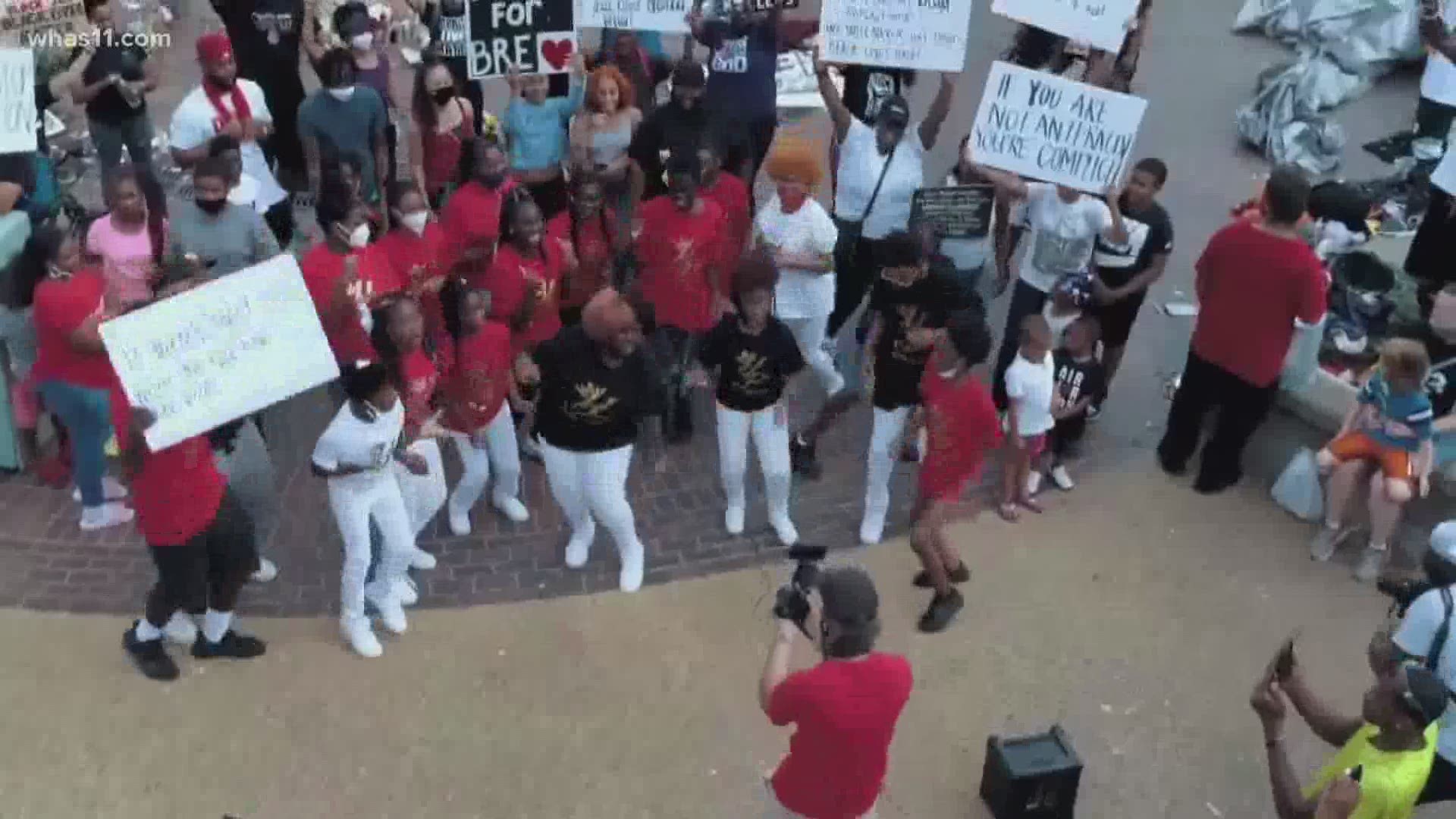 LOUISVILLE, Ky. — A group of creative teens in Louisville is using music to send a message of ‘Justice 4 All’ in a song written by 14-year-old Da’Vonn Pitney.

The music video shows the 8 to 18-year-olds that are part of ‘The Real Young Prodigys’ marching through the downtown streets and rapping in front of the Breonna Taylor memorial at Jefferson Square Park with lyrics like ‘we’re fighting for our lives’ and ‘keep the protests going this is only the beginning.’

“Young people don't want to listen to older people, and me being a younger person, and speaking to people, then they’ll be like oh, I get it more,” said Pitney.

She said it only took her a day to write the song dedicated to Breonna Taylor’s mother.

“Knowing [Breonna] looks like me, and my mother, my grandmother, my sister, it just makes it a thousand times more powerful and it makes it more real,” said Pitney.

One of Pitney’s favorite lines is “a gunshot is a pen so Breonna has been wrote on.”

“So many bullet wounds had pierced her body. She had been wrote on, like a piece of paper wrote on, but with a gun,” said Pitney.

The same group was also behind the ‘Raparations’ video shared in 2019, which demanded reparations for slavery.

Mentor NyRee Clayton-Taylor said she's proud to see these students use their talent to teach others.

“It's their truth, and my job is to be a conduit, and help them flush out what they want to say,” Clayton-Taylor explained. “They’re using their voices and using the creativity and the knowledge that they came into this earth already bearing.”

The music video was recorded in June. Recently and unrelated to the original making of the song, it was submitted into an educational video contest where the winner could win a $20,000 scholarship.