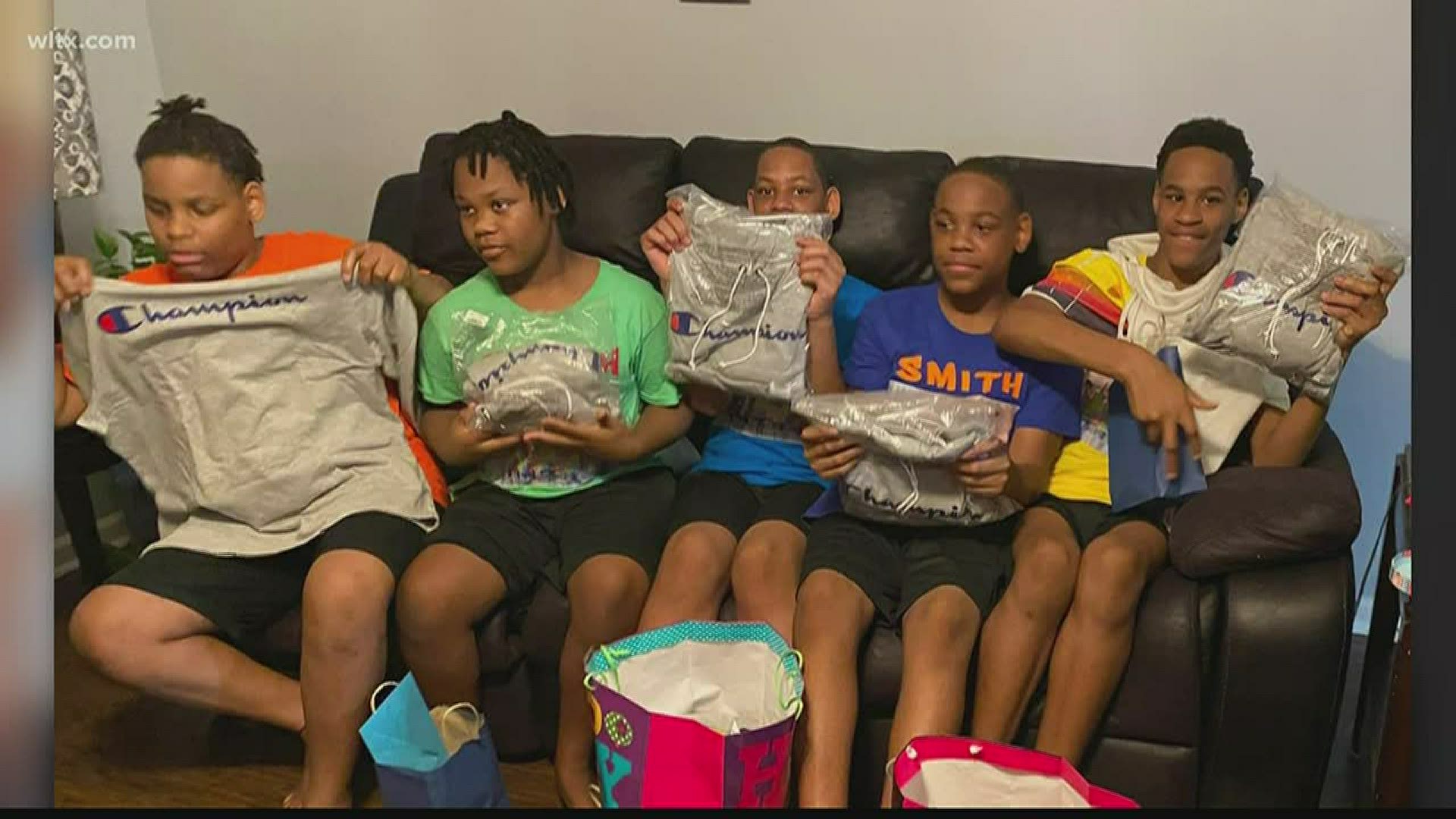 News19 introduced you to them as newborns and, over the years, they've gotten a lot of questions.

"Are y'all twins?" Laten added. "Are you his brother?"

They're not identical, and neither are their personalities.

"I like cars; I'm not really into sports," Cody added.

This can make birthday planning a bit of a challenge for family.

"We know that they all like the video game Fortnite, so we were able to agree on that," Tasha Smith, one of their loved ones, said. "We couldn't agree on a color so we went and tie-dyed everything, so that had to incorporate everybody's favorite color."

They also had cotton candy, music and games to kick-off the start of their teenage years.

"We had fun; no question," the boys said.

Now, they're thinking about the road ahead.

"They're picking out cars that we don't even have," Smith said. "So, they're not quite realistic about it. We're working on that."

"Obviously, we're going to have to pay somebody to teach them," Denise Ross, another one of their loved ones, said.

"We're starting out with skates," Smith added, and the boys broke into laughter.

Their family says they'll have to take it one day at a time, but they're looking forward to what the future holds.

Sumter County man recovers after near-death experience with the coronavirus