St. Matthews Baptist Church in Louisville, Kentucky was one of two churches expelled for LGBTQ inclusion that were deemed "too inclusive." 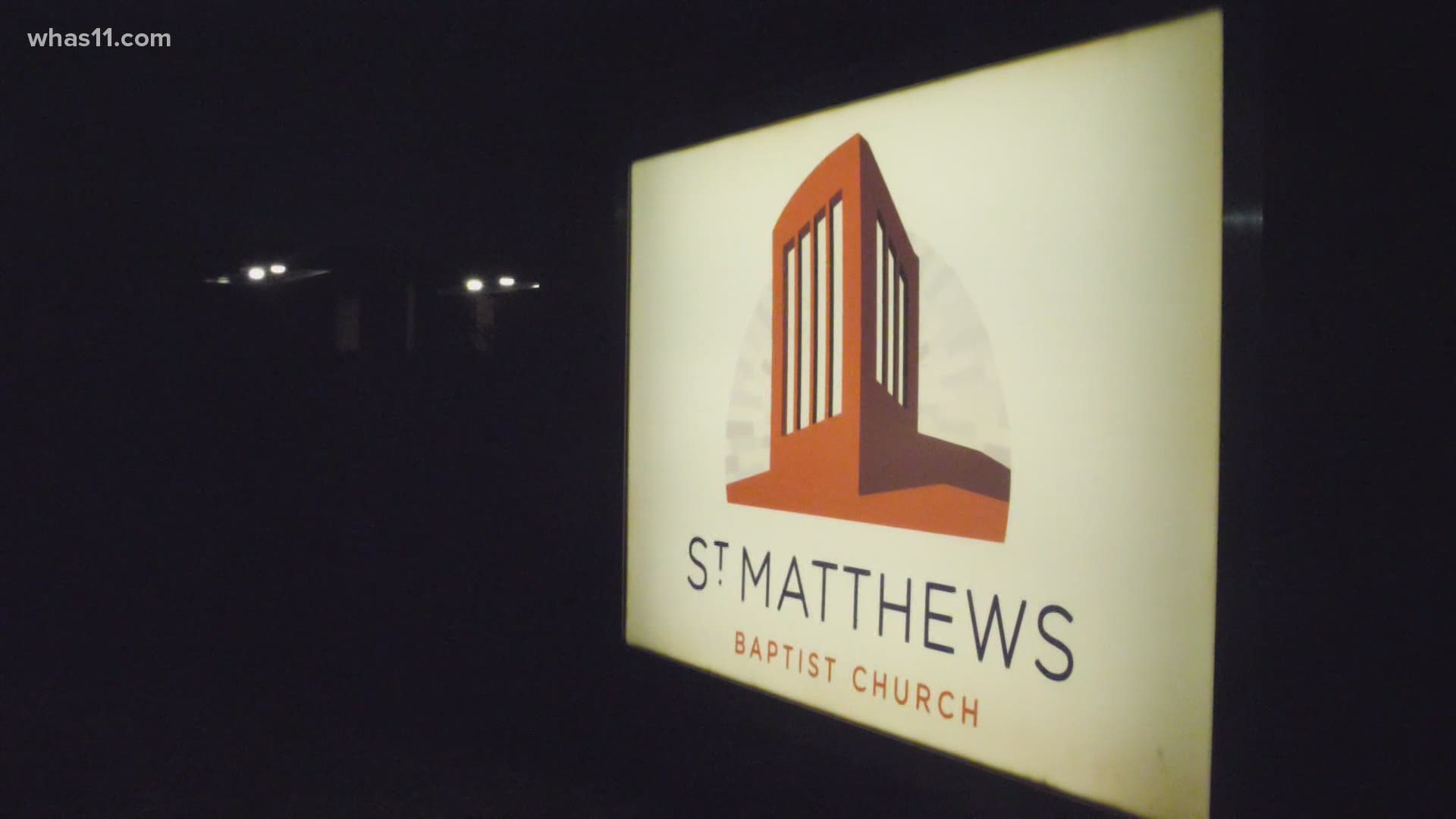 LOUISVILLE, Ky. — The Southern Baptist Convention’s executive committee voted Tuesday to oust four of its churches, two over policies deemed to be too inclusive of LGBTQ people and two more for employing pastors convicted of sex offenses.

The actions were announced at a meeting marked by warnings from two top leaders that the SBC, the largest Protestant denomination in the United States, was damaging itself with divisions over several critical issues including race.

“We should mourn when closet racists and neo-Confederates feel more at home in our churches than do many of our people of color,” said the SBC’s president, J.D. Greear, in his opening speech.

Towne View’s pastor, the Rev. Jim Conrad, told The Associated Press last week that he would not appeal the ouster and plans to affiliate his church, at least temporarily, with The Cooperative Baptist Fellowship, which lets churches set their own LGBTQ policies.

Towne View began admitting LGBTQ worshippers as members in October 2019 after a same-sex couple with three adopted children asked Conrad if they could attend, a decision he defends as the right thing to do.

“The alternative would have been to say, ‘We’re probably not ready for this,’ but I couldn’t do that,” said Conrad, pastor there since 1994.

St. Matthews Baptist was among more than 12 churches that lost their affiliation with the Kentucky Baptist Convention in 2018 because they made financial contributions to the Cooperative Baptist Fellowship, which had recently lifted a ban on hiring LGBTQ employees.

SBC officials said West Side Baptist Church in Sharpsville, Pennsylvania, was ousted because it “knowingly employs as pastor a registered sex offender,” while Antioch Baptist Church in Sevierville, Tennessee, has a pastor who was convicted of statutory rape.

West Side Baptist had made clear on its website that its pastor, David Pearson, has a troubled past.

“Over 29 years ago Pastor David lived as a great sinner and rebel,” the site says. “But Christ Jesus is a great Savior! Today Pastor David has gone from disgrace to amazing grace and now has served the Lord Jesus Christ at West Side for 18 years.”

Pearson is listed on Florida’s sex-offender registry as having been convicted of sexual assault of a child in Texas in 1993.

Also on Tuesday’s agenda was a report by an executive committee task force about the SBC’s public policy arm, the Ethics and Religious Liberty Commission, and its president, the Rev. Russell Moore. Moore has dismayed some SBC conservatives with various stances — including criticism of former President Donald Trump and support for a more welcoming immigration policy.

But the executive committee took no action on the report, declining to embrace some recommendations aimed at reining in Moore’s outspokenness.

The two-day meeting opened Monday, with a schedule featuring speeches by Greear and executive committee president Ronnie Floyd bemoaning the multiple acrimonious divisions within the denomination.

“In this fever-pitch environment, each of us needs to be very careful with the words we write, speak, tweet or post,” he said. “As SBC leaders and followers of Jesus, our public behavior matters.”

Greear addressed racial tensions in the SBC, a longstanding problem that has recently been rekindled. Some Black pastors have left the SBC and others are voicing dismay over pronouncements by the SBC’s six seminary presidents — all of them white — restricting how the subject of systemic racism can be taught at their schools.

Going forward, Greear said, Black Southern Baptists should be included in discussions on this topic, including the SBC’s stance toward the concept of Critical Race Theory, which the seminary presidents repudiated.

“The reality is that if we in the SBC had shown as much sorrow for the painful legacy that racism and discrimination have left in our country as we have passion to decry CRT, we probably wouldn’t be in this mess,” Greear said

“Do we want to be a Gospel people or a Southern culture people? Which is the more important part of our name — Southern or Baptist?”

After the two speeches, the executive committee unanimously adopted an expansion plan called Vision 2025. It would increase full-time Southern Baptist international missionaries from 3,700 to 4,200, boost the number of congregations by 5,000 and seek to reverse the decline in baptizing 12- to 17-year-olds.