Speak Their Name: Honoring 27 victims of domestic violence this year

Empty chairs were placed in the square, along with the names of the 27 people killed due to domestic violence in Kentucky so far in 2018. 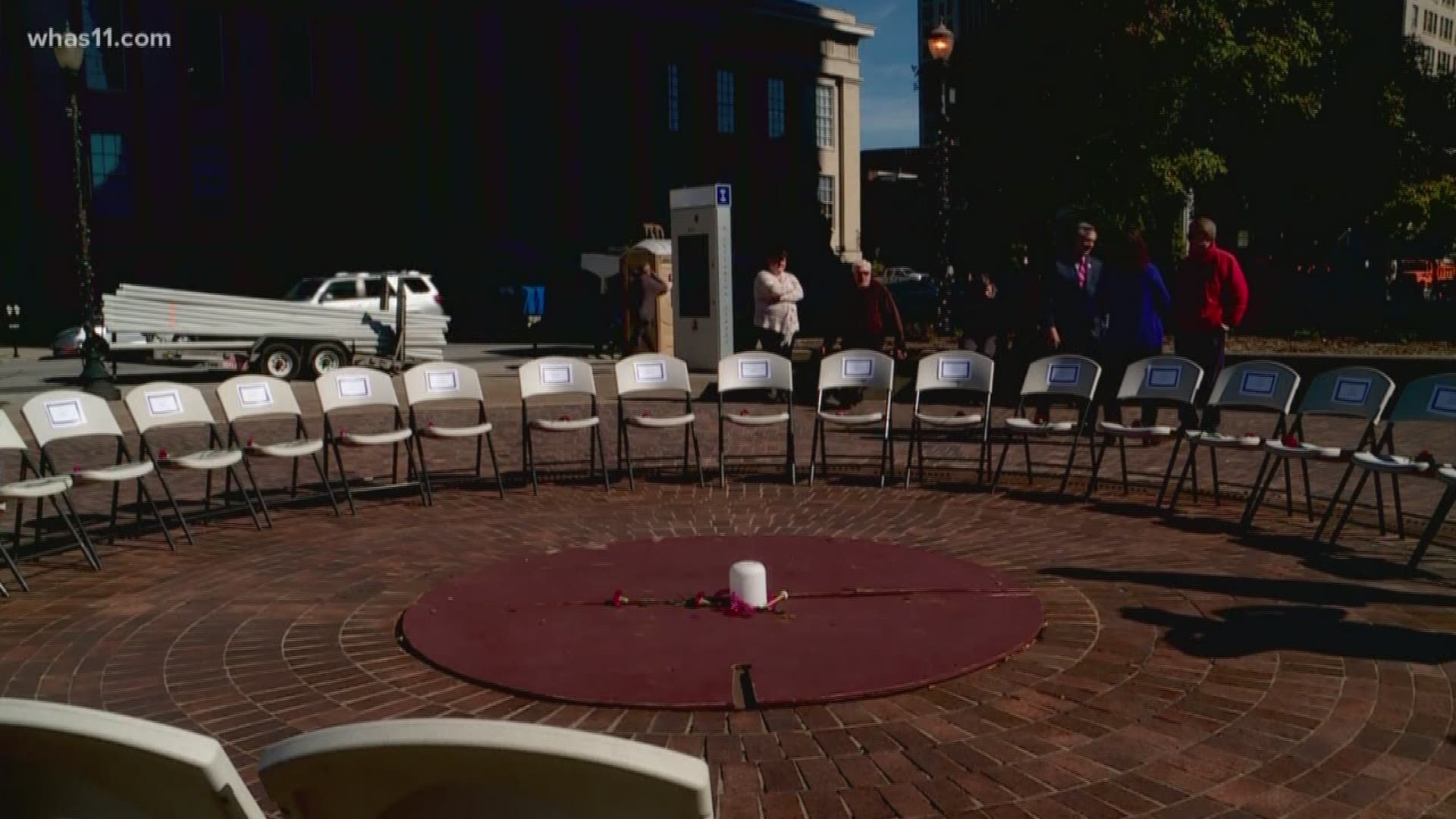 LOUISVILLE, Ky. (WHAS11) -- There were 27 victims of domestic violence honored at this year's annual "Speak Their Name" event.

The Center for Women and and Families, along with the Jefferson County Circuit Court Clerk's Office, held the event at Jefferson Square Park in downtown Louisville Wednesday.

Empty chairs were placed in the square, along with the names of the 27 people killed due to domestic violence in Kentucky so far in 2018.

Domestic violence survivor Kimberly Moore said she attends the event each year because it affects her personally.

"I've experienced a lot of pain when it comes to domestic violence," Moore said. "When you're fighting an addiction and domestic violence at the same time, it's just really hard to get out of that rut."

Moore said she's grateful her name isn't on one of the empty chairs, so she works to spread awareness for domestic violence.

"Domestic violence affects everyone from the east end to the west end. We're all affected and we're all impacted by it," Moore said.

Elizabeth Wessels- Martin runs the Center For Women and Families, where resources are provided to anyone facing domestic violence. She said the center serves between 80 to 100 people per day.

"It's not just people who are of a poverty situation or people who are using drugs or alcohol. This truly crosses all socioeconomic lines, all demographics, all educational levels," Wessels- Martin said.

She said the center helps victims in any situation, whether they are looking to leave their partner or not.

Wednesday's event comes as Louisville sees troubling increases with domestic violence homicides. There have been 16 deaths so far this year, up from 11 deaths last year. A study released in September 2018 by the Violence Policy Center also ranked Kentucky 9th for the rate of women killed by men due to domestic violence.

"Don't sit idle. Don't sit in shame. Don't sit and be shy. We are here to help. There's more than enough resources in this community that want to help," said David Nicholson, Jefferson County Circuit Court Clerk. "It doesn't hurt to make that call. And if it's not accurate, that's okay. But if it is accurate, that's one chair we may have saved out of 27."

If you or anyone you know is facing domestic violence, you can reach out to the Center for Women and Families by calling 1-844-BE-SAFE-1. It provides services 24 hours a day, 365 days a year.