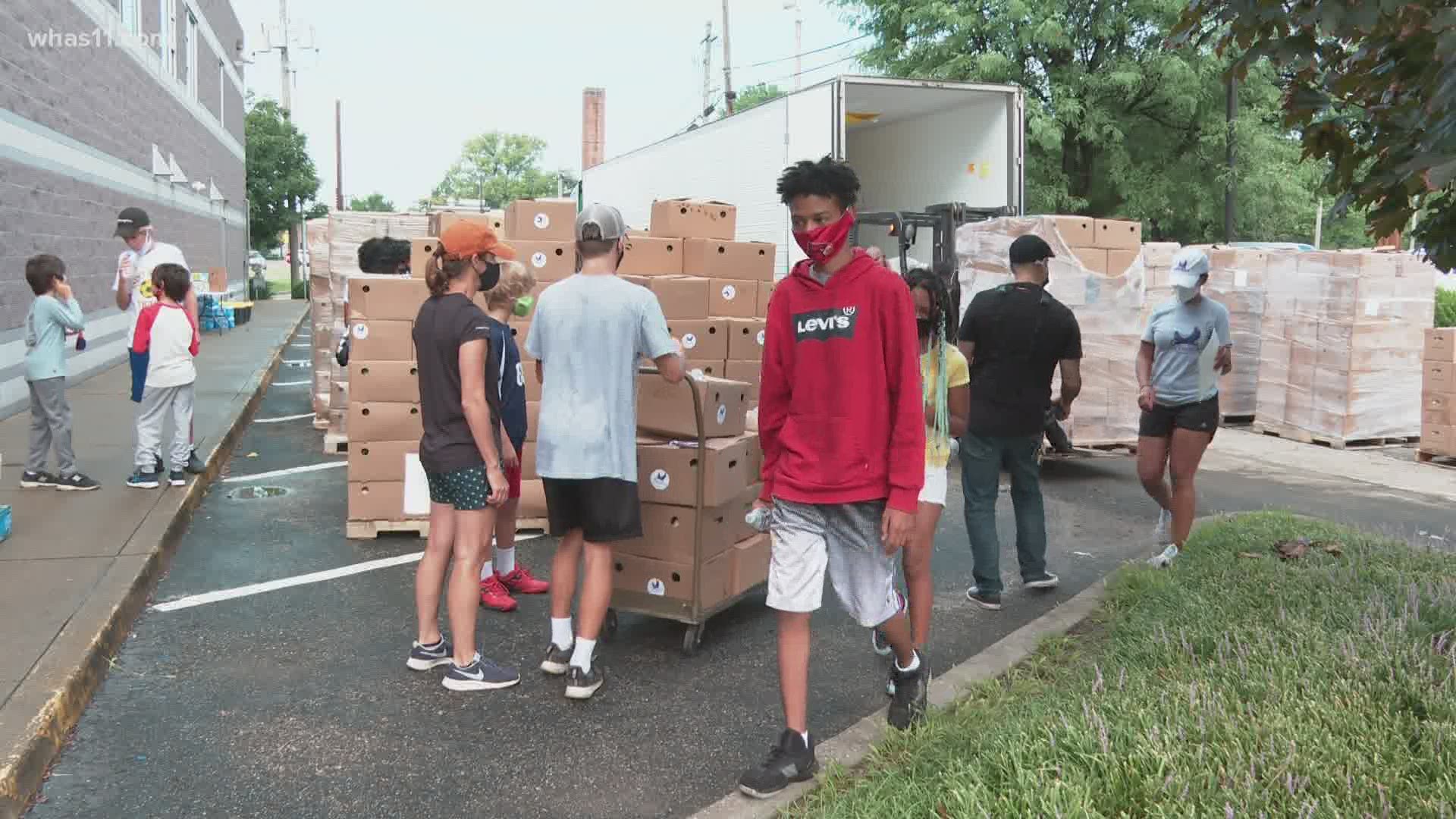 LOUISVILLE, Ky. — As part of BreonnaCon, the social justice organization Until Freedom hosted a free farmer’s market and food caravan.

Angelo Pinto, co-founder of the organization, said Until Freedom wanted to make an investment in the community after moving to the community in early August.

He said giving out food is a way to pour back into the city, the way it has poured into them.

“It's certainly energizing, not only to I think the local community, but all the folks who have decided to stand up for justice for Breonna. A very unfortunate moment in her murder has turned into something very positive, and we're happy to be a part of it," he said.

Last weekend, the organization gave out more than 2,000 boxes to the community.