Should kids be suspended for e-cigarettes?

School board member Chris Brady said he believes JCPS staff should be able to suspend students for using or distributing e-cigs. 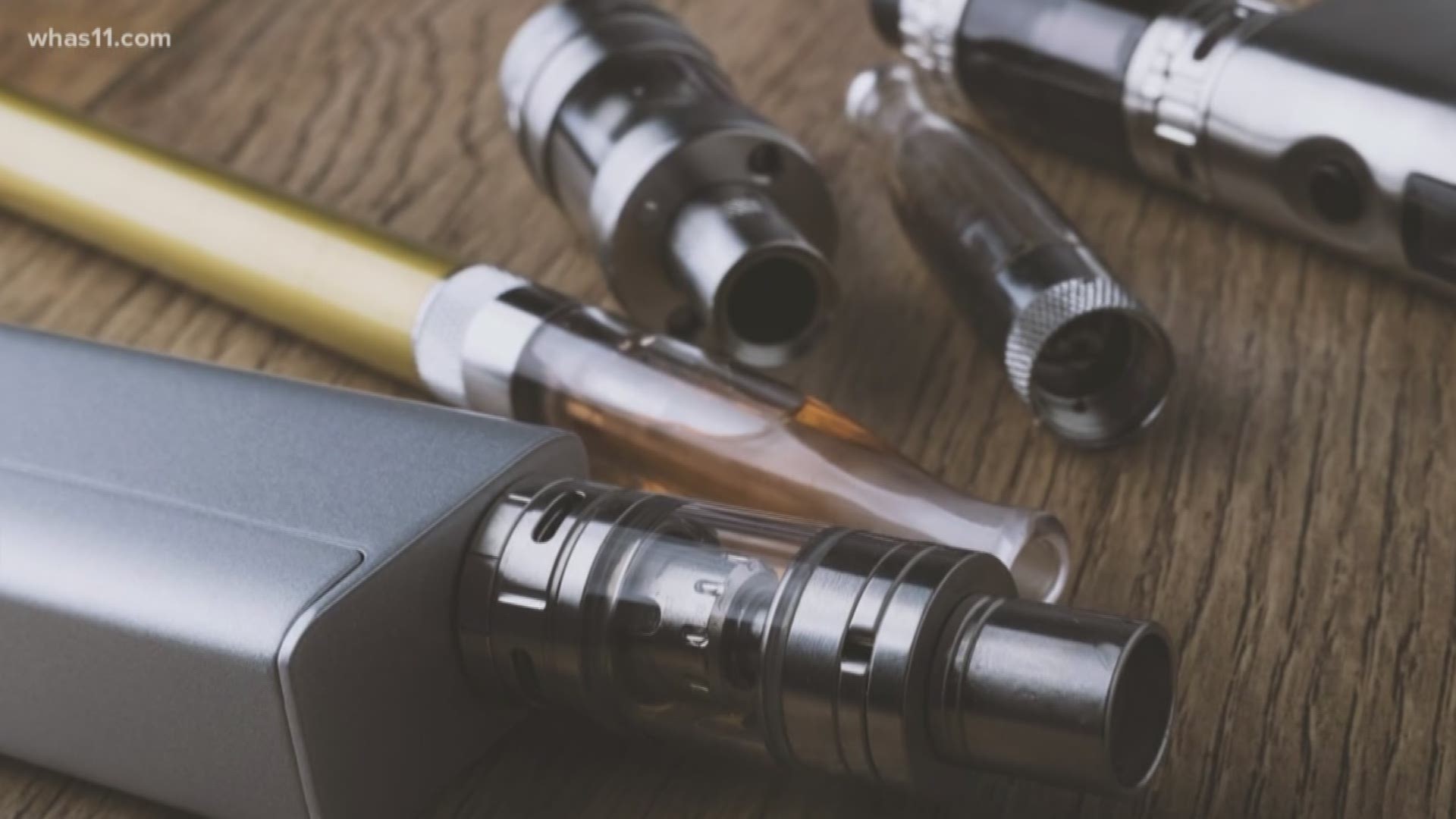 LOUISVILLE, Ky. — E-cigarettes are a nationwide issue schools are trying to tackle, including in Jefferson County. Now-the question is how harshly should students be punished for using or distributing them?

JCPS board member Chris Brady is pushing for the full range of disciplinary options, including suspensions.

Brady said Wednesday JCPS isn't doing enough to stop the spread of e-cigarettes, such as JUULS.

Calling it an "epidemic," Brady said he knows the harmful effects of e-cigarette use in kids and teens, from working in the medical field. But according to Brady, JCPS administrators aren't aware of how big the problem is.

In a series of tweets, Brady said "the #JCPS administration fundamentally doesn't understand this problem," adding that he's "talked to senior central office administrators who didn’t know what JUULing was and that a JUUL is an e-cig."
Brady also said a staff member in one school told him they caught a student with over $1,000 worth of e-cigarette cartridges they intended to sell to other students.

Ebel said many students know people who are 18 years old, allowing them to easily share, or buy, the tobacco products from one another. She said she believes many students aren't aware of the effects they have.

"A lot of kids just don't know," she said. "So I think it's people almost maybe naive to how much people are really using them and getting them and how addicting it can be."

Ebel added that many teachers also don't seem to be aware of how often kids use the products in school, because they are easy to hide, often don't smell, and don't make sound.

"We haven't really been taught much about it," Ebel said. "Have someone come in and really talk through the education."

She said she believes increased education about e-cigarettes would help curb their usage among students.

Brady also said education is needed, but believes a greater deterrent is needed right now as the products grow in popularity.

"Due to the pervasiveness of e-cig usage, school level administrators should have the same range of discipline options regarding distribution of e-cigs as they do with alcohol," Brady said.

"For years, I’ve pushed #JCPS admin 2 do more 2 combat the ever increasing use of e-cigs by our students 2 little avail. The current administration did take the baby step of placing posters outside of restrooms discouraging e-cigs, but that’s hardly an effective deterrent," Brady wrote on Twitter.

Brady told WHAS11 he isn't suggesting students be "suspended for 10 days" but said principals should have the option to suspend students when it comes to e-cigarettes.

"As a district, we should strive for reducing suspensions. However, achieving that goal shouldn’t be at the expense of endangering the health and welfare of our students," he said.

Brady also said keeping the suspension rate down is a "distant concern" of his compared to his "primary concern" being the health and welfare of students.

In April of this year, the Foundation for a Healthy Kentucky, released the results of a survey conducted by the substance abuse prevention program within Kentucky's Department for Behavioral Health, Developmental and Intellectual Disabilities. According to the data, "youth vaping and e-cigarette use doubled or nearly doubled in all four grades -- 6th, 8th, 10th and 12th included in the survey."

It also states the survey shows that among kids in Kentucky, one in five high schoolers used e-cigarettes in 2018.

The JCPS board will vote on the updated code of conduct at its next meeting Tuesday, July 16. The code of conduct includes the guidelines for disciplining use and distribution of alcohol, drugs, and tobacco products.