"We've had a great time here, absolutely great time, but we're looking forward to what the future holds for all of us," co-owner Trish Morrison-Kall said. 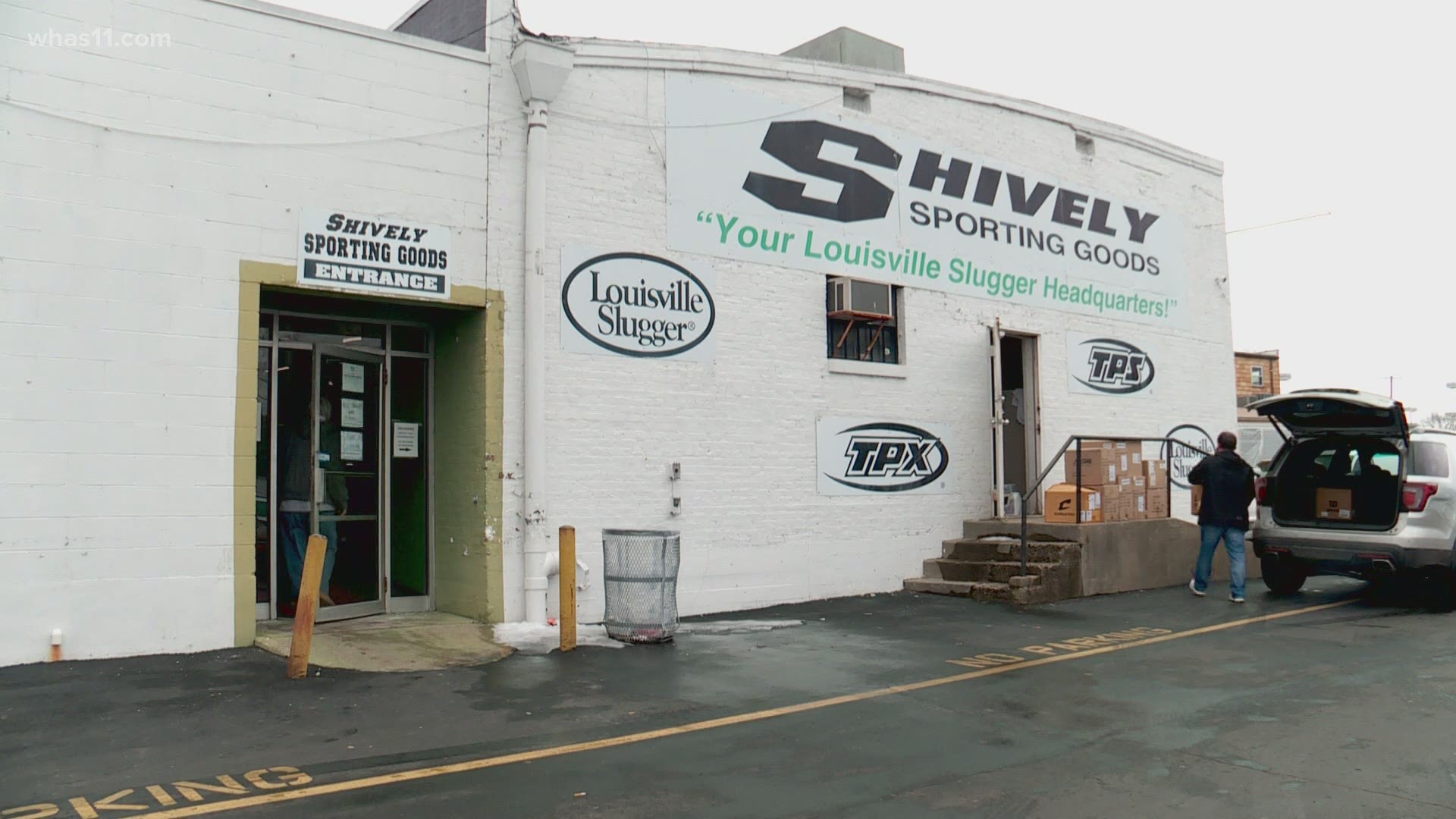 SHIVELY, Ky. — For 53 years, Shively Sporting Goods has been a staple in the Louisville community, outfitting and equipping countless athletes and teams throughout the region.

Now, the company will be closing the doors to its retail store on Dixie Highway and merging with BSN Sports, the largest direct marketer and distributor of sporting goods to schools and leagues in the country.

"We've had a great time here, absolutely great time, but we're looking forward to what the future holds for all of us," co-owner Trish Morrison-Kall said. "They have been approaching us for quite a few years. I always knew that we would know when the timing is right, and today, the timing is right."

Morrison-Kall started working at Shively Sporting Goods as a sophomore in high school when her father opened the store in 1968. Over the years, she's served thousands of customers, including some high profile celebrities.

"Muhammad Ali - he was Cassius Clay back when he used to come in," she said. "We had [Louisville basketball coach] Denny Crum come in here. [Hall of Fame horse trainer] D. Wayne Lukas used to come in all the time with his buddies."

Morrison-Kall said the changing environment of the sports apparel and equipment world with an emphasis on online shopping and the arrival of large national box stores led to a drop in traffic through Shively Sporting Goods' retail store over the last several years, prompting them to close the shop in the merger.

"They take care of you. They care about their customers," Darell Singleton, a customer from Elizabethtown, said. "I just enjoy coming in here, greet you every time. They see me come through the door and they know who I am."

"I've come here since I was six years old," Addison Johnson, a 10-year-old softball player, said. "I was sad because this is one of the places that we always love."

Morrison-Kall said the merger will let the company continue to work with local schools and teams and give them upgraded technology to better serve their customers. She said the company is building a new warehouse facility that will likely take three months to complete.

According to Morrison-Kall, the retail store will remain open for another three or four months.