Mother of Crystal Rogers sends battle cry with rally in hopes of seeing her grandson: 'I deserve to see my grandchild'

Ballard said the court backed her into a corner and said she deserves the right to see her grandson. 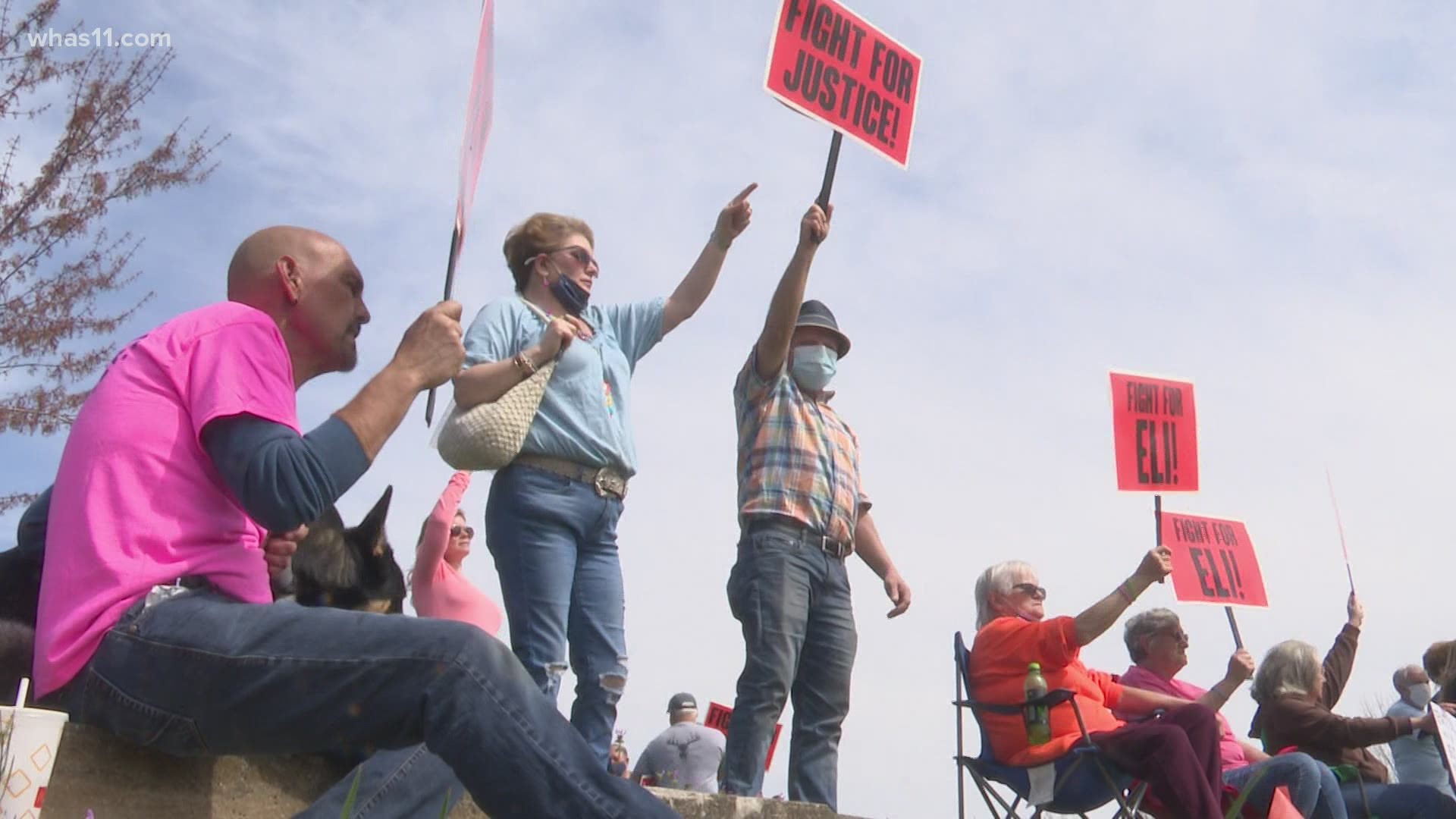 LOUISVILLE, Ky. — It’s been a years-long battle for Sherry Ballard as she fights for visitation rights to see her grandson.

She’s the mother of Crystal Rogers, the woman that has been missing from the Bardstown area for nearly six years.

Friends, family and those she’s never met rallied in support of Ballard on Saturday, a month after a Nelson County judge denied her visitation. The judge said there was significant hostility between the Ballard family and Brooks Houck, the father of Ballard’s grandson.

In his decision, the judge said there is "clear and convincing evidence significant hostility" exists between the Ballards and Houck, and said such hostility could pose a significant risk of emotional harm to the child.

Ballard called the decision an injustice, saying she has done everything she can to help her grandson. Rogers' four other children, who Houck did not father, have not had any contact with their sibling.

Ballard said the court backed her into a corner and said she deserves the right to see her grandson.

More than 100 people showed up at the rally, including Sherry Bradley who traveled from Highland, Michigan. She has followed Ballard's story from the beginning and believes the courts are doing a disservice to the grandchild.

"[He] isn't getting to know anyone on his mother's side of the family. It's sad," Bradley said. "It's really really sad."

Houck is the primary guardian of the child and is also the main suspect in Rogers’ disappearance even though no charges have been filed against him.

Ballard said she hasn’t seen her grandson in two years and said she would not stop her fight to see him.

Credit: WHAS-TV
Sherry Ballard talks with the media during a grandparents rights rally in Nelson County on March 27, 2021.