Second round of Sherman Minton Bridge weekend closures begin: What you need to know

Drivers should use I-65 and I-265 as crews prepare for Phase 1 of construction on the bridge connecting Louisville and southern Indiana. 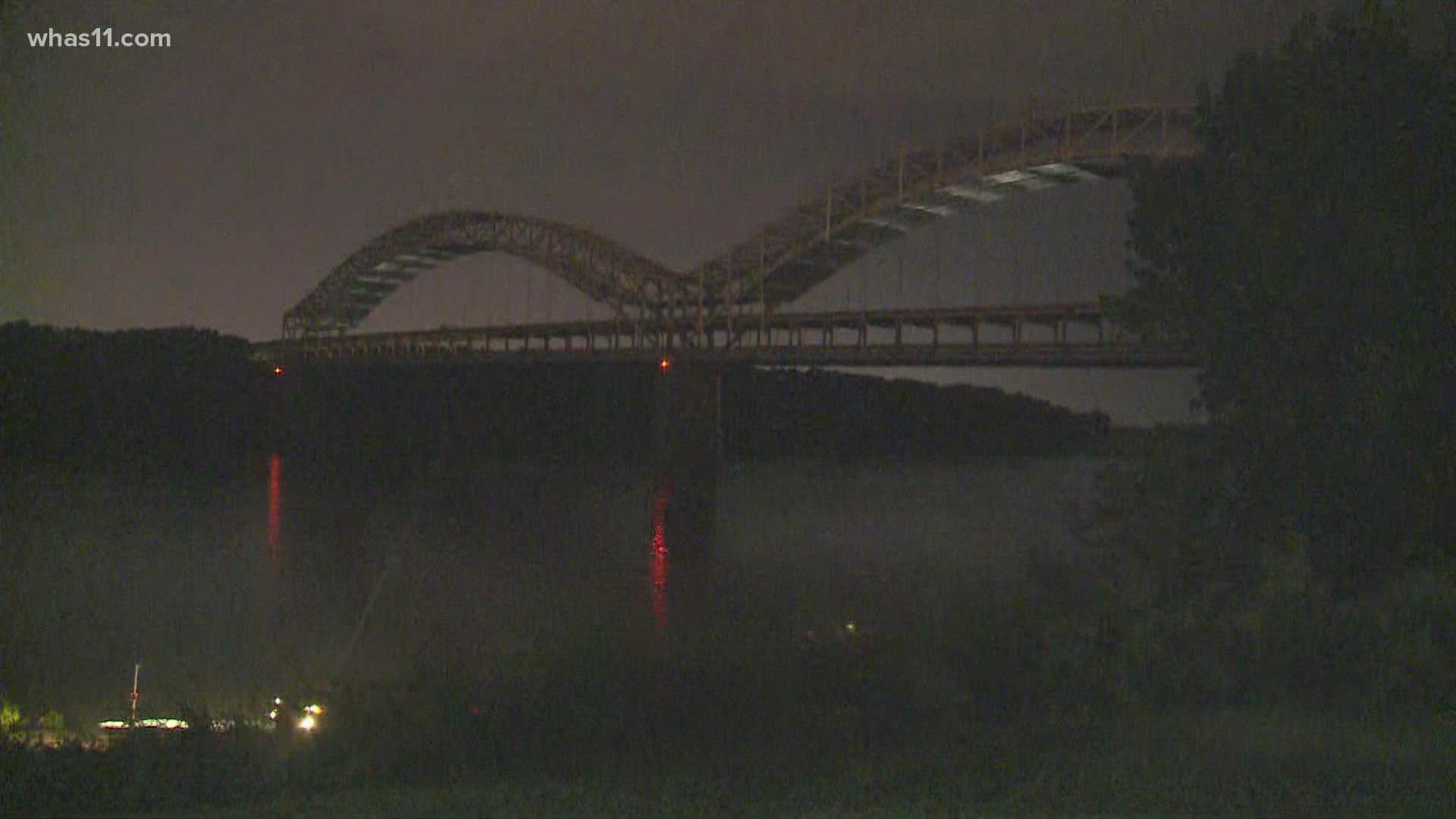 LOUISVILLE, Ky. — Phase 1 of the Sherman Minton Bridge renewal project is about to begin later this month. Before construction begins, drivers need to be aware of two major closures that will affect their weekend commutes in August and September.

These closures will allow crews to set barrier walls, install temporary lane striping and construct crossover lanes that will be used during the first construction phase next month.

What will be closed?

Starting at 10 p.m. on Friday, all westbound lanes of I-64 will be shut down between Louisville and Indiana. The closure will last until 5 a.m. on Monday.

Other areas that will be closed include:

Starting at 10 p.m. Friday, all eastbound lanes of I-64 will be shut down between Indiana and Louisville. The closure will last until 5 a.m. Monday.

Other areas that will be closed include:

Local traffic will have access to the 5th Street/Spring Street exit, but there will be no access east of the New Albany exit.

Where do I go?

While the project is underway, drivers should detour using I-65 and I-265. Officials said recent construction will allow for increased traffic in the area. Signs will be in place to inform drivers about the changes.

Note: The tolls on the Kennedy and Lincoln bridges will not be waived during construction. Drivers who take I-65 over the river will need to keep an eye on their mail for a bill.

The speed limit in construction areas and on the bridge will be 45 mph and will be strictly enforced. Travel officials said congestion will be likely during the morning and afternoon commutes.

Expect delays and heavier traffic on the 2nd Street Bridge (which does not have a toll) and other alternate routes.

Phase 1 of the Sherman Minton Bridge renewal project is set to begin by Sept. 13 at the earliest. The first construction phase will last until early/mid-2022.

Through all phases of construction, two eastbound and two westbound lanes will be open, but they will be staggered between the two decks of the bridge.

The first two phases will focus on eastbound lanes, while the second will prioritize westbound construction.

What is the Sherman Minton Renewal Project?

The 59-year-old bridge connecting Louisville to New Albany through I-64 over the Ohio River sees about 70,000 cars crossing a day.

The project includes replacement or refurbishment of all bridge decks, rehabilitation or replacement of structural steel elements and installation of new lighting, among other repairs.

This work is expected to cost $137 million, a 52% increase from the earliest construction estimate of $90 million.