The new recommendation limits full bridge closures to no more than 54 total days during the three-year renewal project. 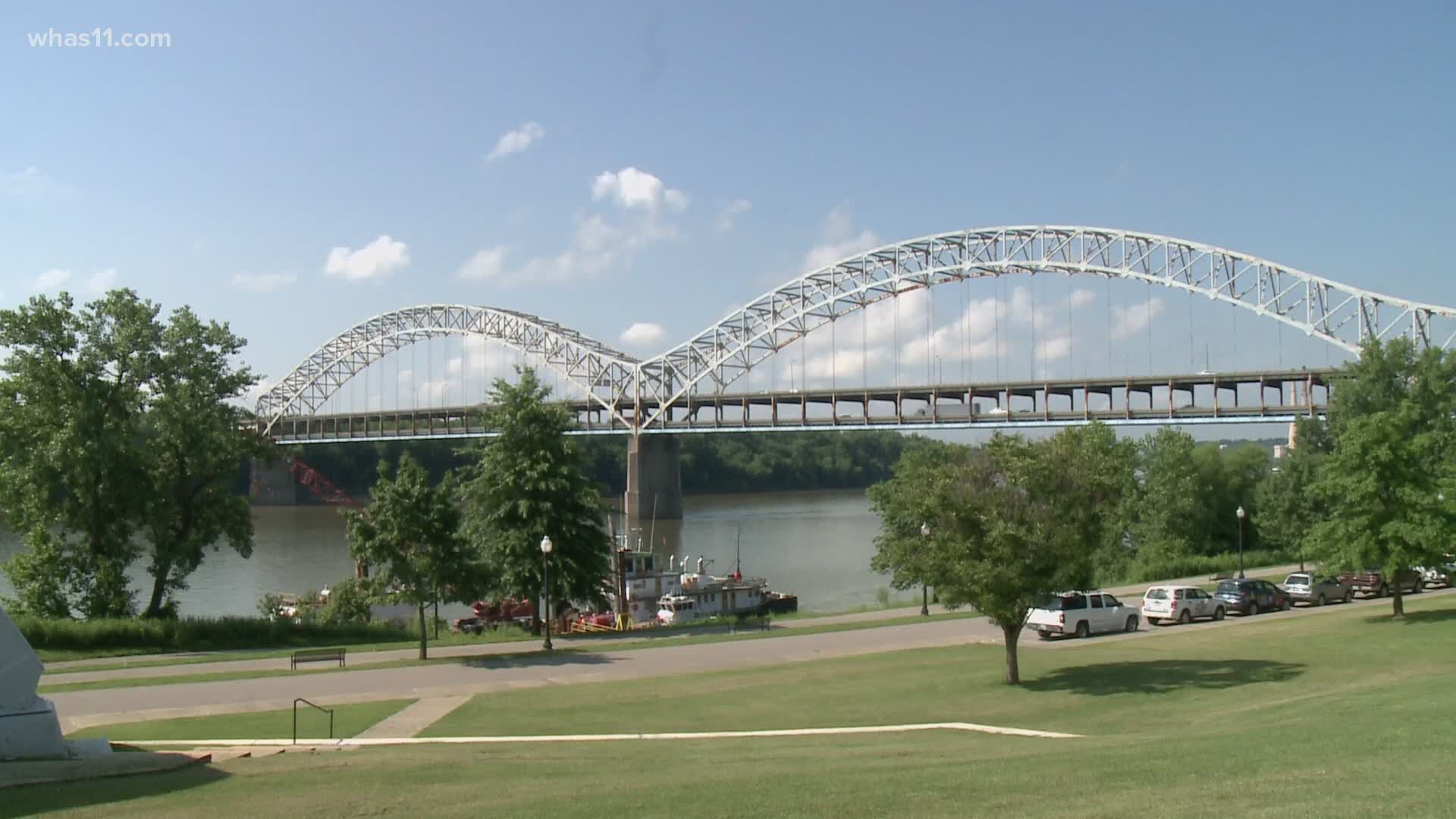 NEW ALBANY, Ind. — The Sherman Minton Bridge could be closed for a total of 54 days during its three-year renewal, according to a new recommendation by the team leading the project.

Project leaders said the new recommendation is a preferred alternative to an extended total shutdown of the bridge. According to the plan released Thursday, full closures of the bridge that connects Kentucky and Indiana would be limited to 54 of the estimated 843 days of work.

"The recommended plan we feel is a really good solution based on the input that we heard for maintaining access over having a shorter duration period," said Andrea Brady, spokesperson for Sherman Minton Renewal.

Project leaders said they built the plan based on feedback from community leaders, elected officials and business owners in both Louisville and Southern Indiana. The goal was to establish a plan with the lowest traffic impact.

The Sherman Minton Bridge was shut down for six months in 2011 for emergency repairs and many drivers were concerned that the new rehabilitation project would result in the same kind of closures.

“The community felt the impacts of the emergency shutdown in 2011 and underscored just how important the need is for a construction and traffic maintenance solution that will not repeat that sudden, long closure,” said Mary Jo Hamman, project manager for the Sherman Minton Renewal.

During most of the three-year construction process, two eastbound and two westbound travel lanes would be open, as would existing access ramps. Ramp lanes will be widened temporarily and temporary crossovers would be implemented to help traffic move smoothly.

At least one eastbound and one westbound lane would be closed for the entirety of the project and additional nightly closures could happen for up to 180 nights per calendar year.

Changes to traffic patterns and full closures would not be allowed during certain holidays and other approved exceptions.

The preferred alternative plan will not be approved until all comments are reviewed. Final approval will come from the Federal Highway Administration and is expected this winter.

The Sherman Minton Renewal project is a $90+ million rehabilitation and painting project aimed at extending the life of the bridge. Repair work will include replacement or refurbishment of all five bridge decks, rehabilitation or replacement of structural steel elements and hanger cables, drainage repairs and paint.