The lane closures begin at 3 a.m. and while the bridge is closed, drivers should take I-65 and I-265. 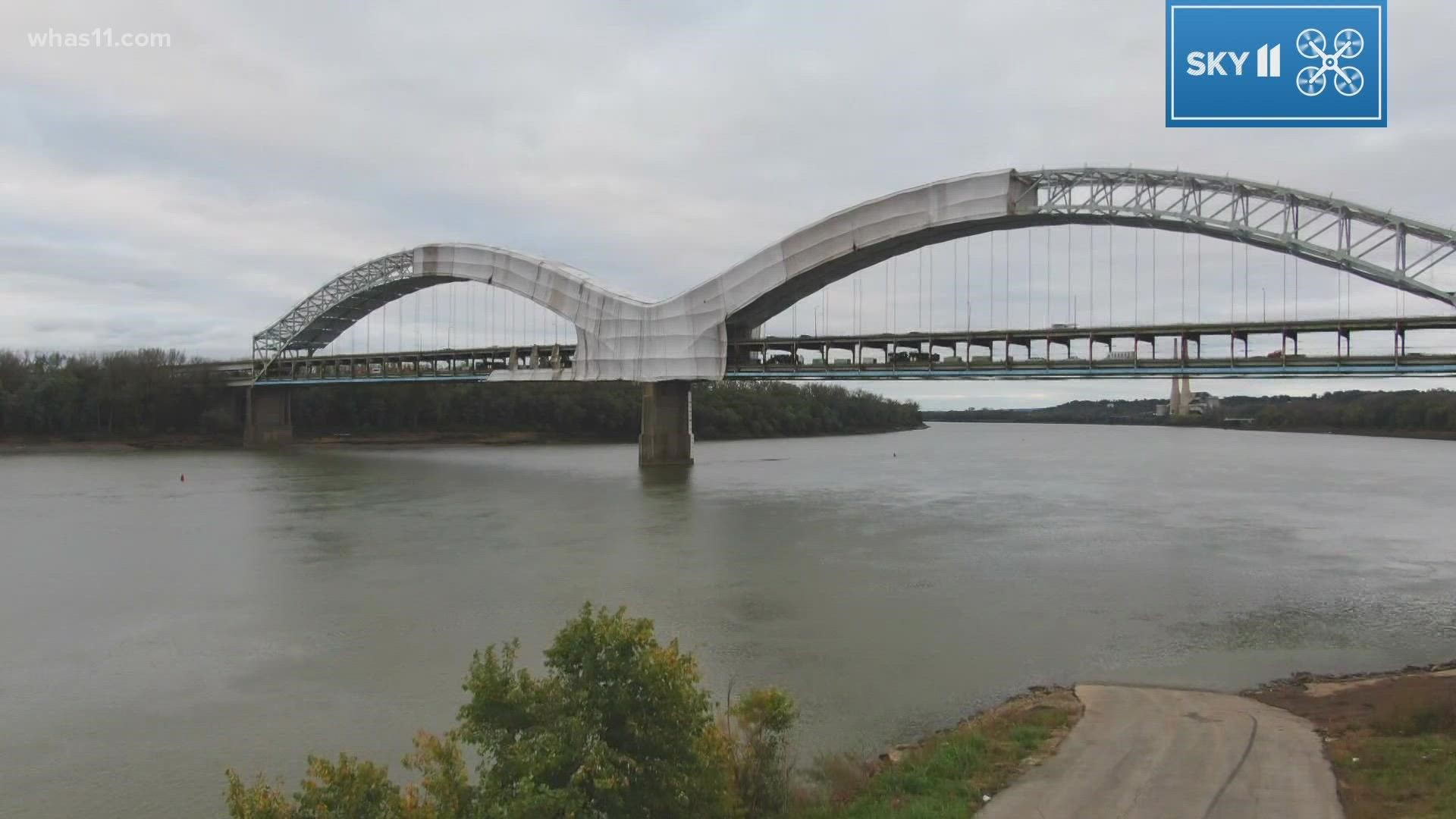 LOUISVILLE, Ky. — The Sherman Minton Bridge will be closed in one direction for nine days starting Monday, Nov. 1.

According to a release from the Sherman Minton Renewal Project, all westbound lanes of I-64 will be closed for nine days starting at 3 a.m. on Nov. 1.

The closure will allow crews to perform deck patching on approach bridges and safely access the westbound deck.

While the project is underway, drivers are advised to detour using I-65 and I-265. Officials said recent construction will allow for increased traffic in the area. Signs will be in place to inform drivers about the changes.

The tolls on the Kennedy and Lincoln bridges will not be waived during construction. Drivers who take I-65 over the river will need to keep an eye on their mail for a bill.

New Albany Sugar Shoppe co-owner Michael Clark said his revenue on the weekends is already down 30-40%. He pointed to the three-year project on the Sherman Minton.

Ryan Shean, who owns 812 Vintage nearby, said the project hasn't impacted his sales at all. He's actually been making more since Harvest Homecoming in New Albany earlier this month.

"I opened up a business in Indiana for the Indiana people," Shean said. "If I wanted to rely on people in Louisville, I'd open a store in Louisville."

The 59-year-old bridge connecting Louisville to New Albany through I-64 over the Ohio River sees about 70,000 cars crossing a day.

The construction project includes replacement or refurbishment of all bridge decks, rehabilitation or replacement of structural steel elements and installation of new lighting, among other repairs.

Preparation for the upcoming construction was completed in August and September.

This work is expected to cost $137 million, a 52% increase from the earliest construction estimate of $90 million.