A 911 caller reported Pate as a reckless driver about 40 minutes before his crash. A police officer responded, but let him go. 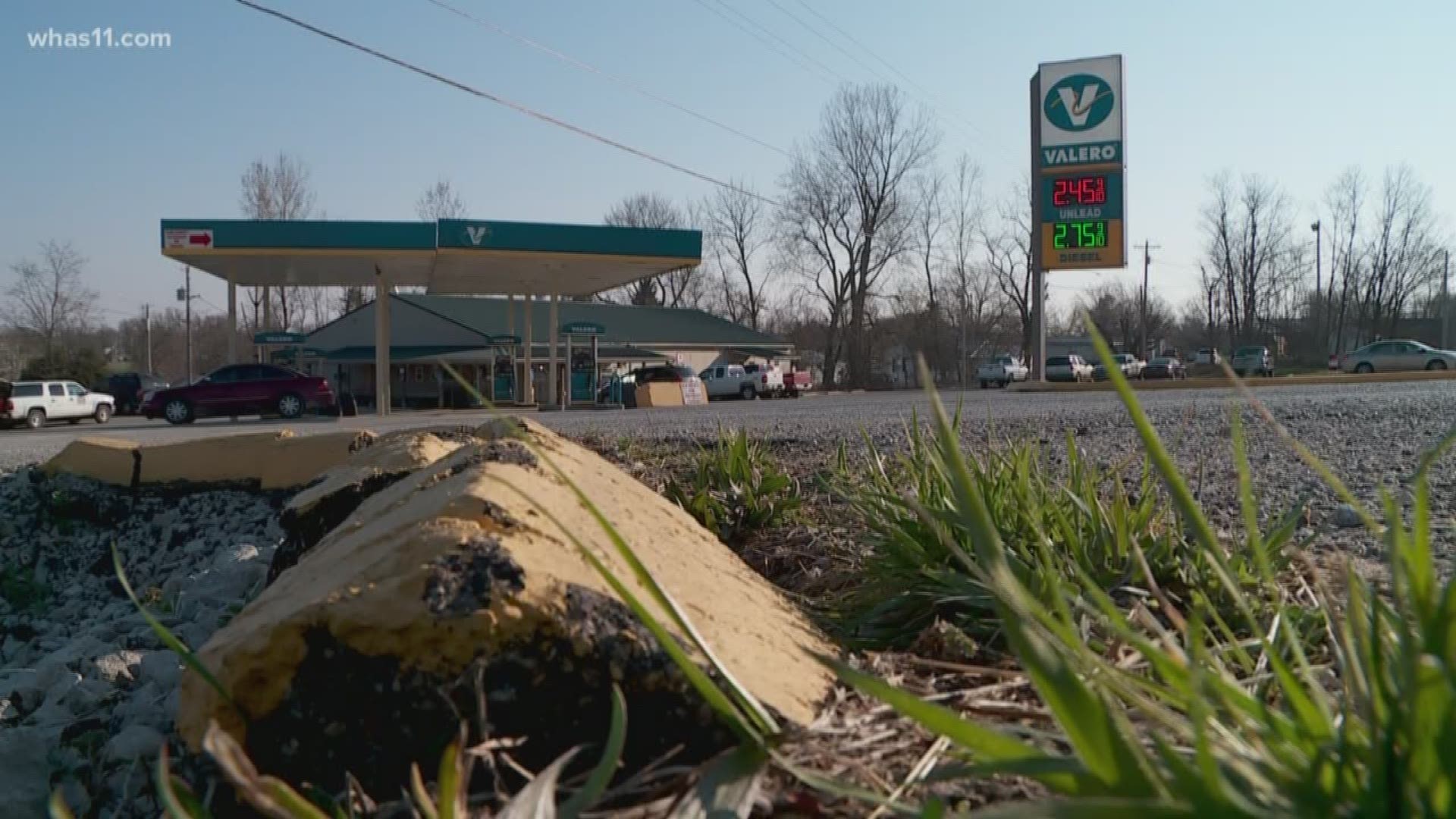 BRECKINRIDGE COUNTY, Ky. (WHAS11) -- Breckinridge County Sheriff Todd Pate was arrested in March after police said he was drunk driving, ultimately crashing and hurting another driver. In the hour before that crash, a local officer, who knew the sheriff, was responding to a 911 call for a reckless driver. That driver was Todd Pate and the officer let him go.

Just before 6 on Friday March 8, an Irvington Police officer was inside Auggy Doggie’s gas station when a call over dispatch caught his attention.

Police said the officer heard reports of a reckless driver nearby, so he walked out to investigate. Once outside, he saw a vehicle matching the one described over dispatch and went to talk to the driver. That’s when the officer saw it was Sheriff Pate behind the wheel.

According to dispatch records, the 911 caller complained of a male driver "asleep at the wheel" and said that driver was "all over the road" crossing three lanes of traffic and then "hit a curb" turning into the gas station parking lot.

In the minutes that followed, Irvington Police Officer Crag Ball had a conversation with Pate and then let him get back into his car. Pate drove about 20 miles and then crashed, hurting another driver.

The woman in that vehicle was hurt and rushed to the hospital while a Breckinridge County Sheriff's deputy wrote an accident report. The report described Sheriff Pate as having "blood shot eyes," "slurred speech," being "unsteady on his feet," and smelling a "strong odor of alcohol."

The deputy also saw the sheriff hiding beer bottles in nearby woods.

"Sheriff Pate was arrested for suspicion of driving under the influence and lodged in the Hardin County Detention Center," Binkley said.

Kentucky State Police have taken over the investigation. Officers are looking into the crash and the interaction the sheriff had with an officer that knew him just a half hour earlier.

WHAS11 asked Irvington Police Chief Brandon Brinkley if he thinks his officer made a mistake when he let him get back into the car in drive away.

He said "we have nothing to hide. The officer did what he's trained to do and the sheriff showed no signs of impairment."

Following Pate's arrest, a group of Breckinridge County residents started a petition calling for his resignation or removal.

The change.org petition said Pate doesn't represent the values of the community... nor does he have their trust and respect.

As of April 8, more than 800 people have signed the petition.

If you know anything about these incidents or saw the white Chevy the sheriff was driving on that Friday in March we want to hear from you.