Ceremonies and tributes held throughout the morning to remember the lives lost in the terrorist attacks on Sept. 11, 2001. 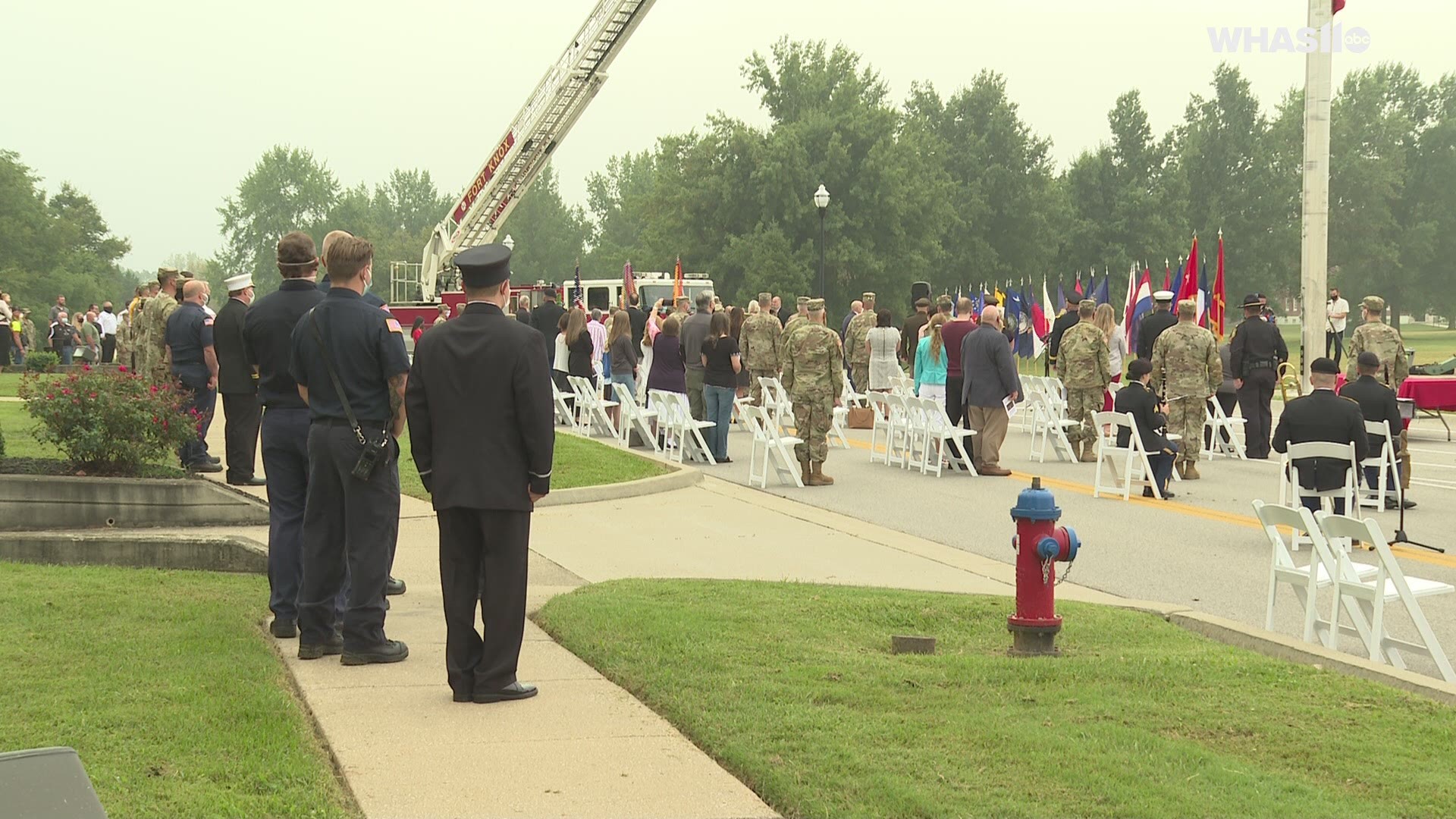 Groups in Kentucky and Indiana honored the victims with ceremonies and tributes.

Kentucky Governor Andy Beshear led the state in a moment of silence at 8:46 a.m. Friday morning, marking the moment American Airlines Flight 11 struck the North Tower of the World Trade Center in 2001.

RELATED: US marks 9/11 anniversary at tributes shadowed by coronavirus

The governor gave a statement at 8:40 a.m. His remarks and the moment of silence were streamed on his Facebook and YouTube pages.

Fort Knox honored the victims of Sept. 11 during its Patriot Day ceremony. The ceremony was held in front of the post headquarters. It included speeches, the ceremonial tolling of the fire station's bell and a 21-gun salute.

The Louisville Metro Fire Department had their annual Sept. 11 tribute at their headquarters on West Jefferson Street at 10:20 a.m. Friday. The tribute included a flag-raising ceremony and a moment of silence, according to Captain Bobby Cooper.

The National Association of Black Veterans and Volunteers had a special cleanup event on Friday at the historic Greenwood Cemetery in the Chickasaw neighborhood.

Indiana Governor Eric Holcomb has directed flags to be flown at half-staff on Friday to pay tribute to the victims of Sept. 11.

In Jeffersonville, Workout Anytime Gym is hosting a stair flight climb challenge with local firefighters. Participants will climb a total of 110 flights of stairs in memory of the 343 firefighters who lost their lives on Sept. 11.

There are several other events planned in central and northern Indiana on Friday, including recognition of first responders and an expansion of the Indiana 911 Memorial in Indianapolis. See a full list of Indiana events here.

The National 9/11 Memorial and Museum will live stream its annual ceremony starting at 8:40 a.m. on its website.

Additional national events and live streams can be found here.