Where were you on September 11, 2001? Remembering the tragedy 19 years later

We asked our viewers where they were on the morning of Sept. 11, a day that no one will ever forget. 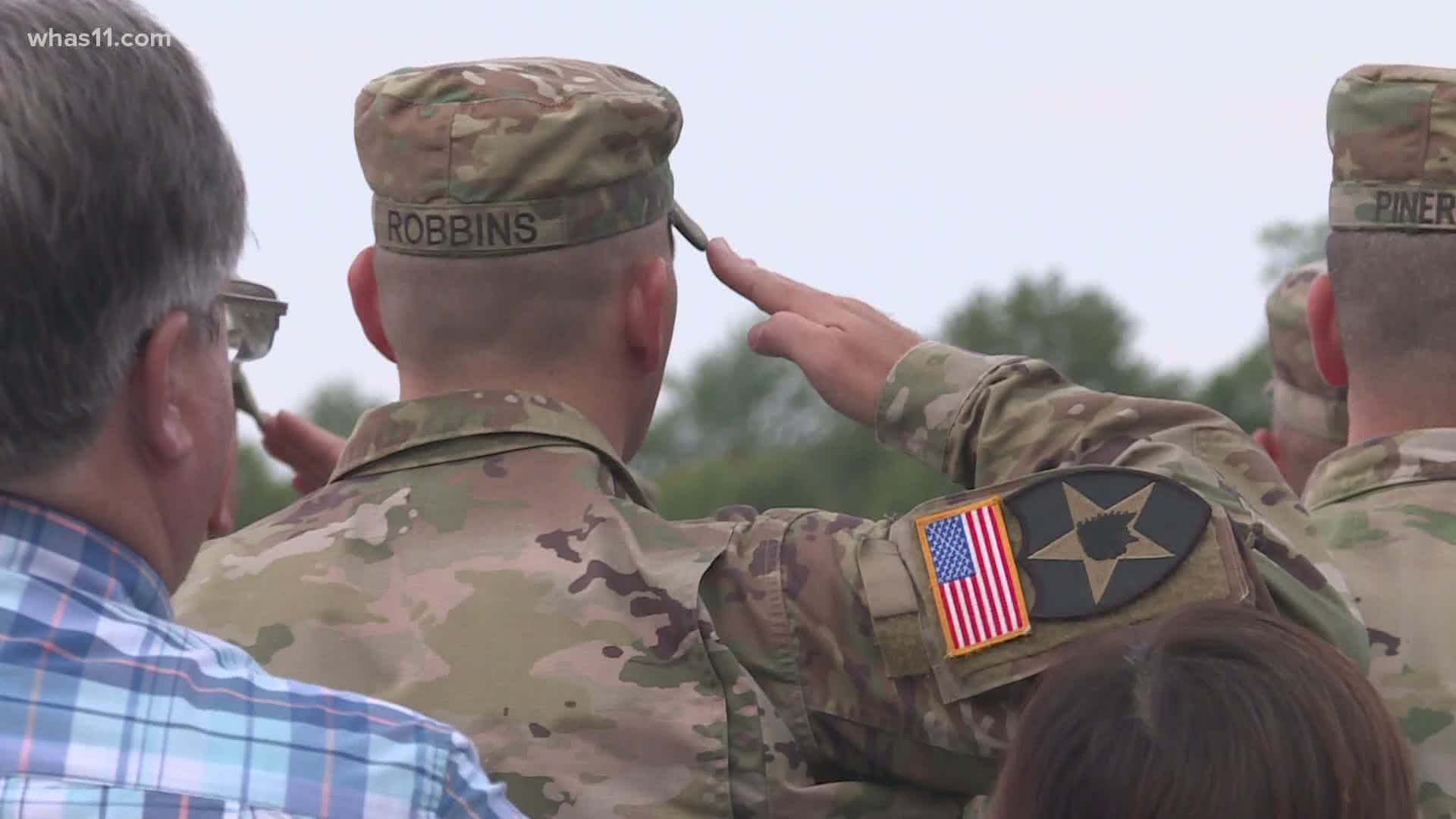 LOUISVILLE, Ky. — September 11, 2001, has been called one of the darkest days in United States history. Nearly 3,000 people lost their lives in the terror attacks in New York City.

#NeverForget began trending on Twitter early Friday morning as people around the world remembered the tragedy. Many people have flashbulb memories of the event and can recall exactly where they were nineteen years ago.

We asked on Facebook where you were on the morning of Sept. 11 and we received dozens of responses.

Here are some of your answers*:

"I was playing ball with my dog in the backyard before work. My grandmother- who I'd never known to be at a loss for words- came out to the back patio saying, "Come look! Come look!" I'd never seen her so scared before.

Went to the living room and saw the first tower on fire. Stood there watching long enough to see the second one get hit.

We lived across from Bowman Field and all kinds of planes were landing PDQ. I went on to work and listened to Howard Stern's coverage of the events. Our phones didn't ring once that day." - Sonja Omeeka Jenny

"Walking in Cherokee Park with a friend. It was a beautiful, peaceful morning until we returned to the parking area where people were crying and panicked. The shocking news is still unforgettable, 19 years later." - Joyce Keibler

Credit: AP
Rescue workers unfurl a large American flag over the Pentagon on the day after the terror attack on Sept. 11, 2001.

"Sophomore year of high school, English class. When the TV was turned on, everyone was quite disturbed by what they saw when one of the towers was already on fire.

But then we saw the 2nd plane hit, there was a large wave of reactions from shocked gasps and cries of horror to stone cold silence. School was dismissed right after 3rd lunch that day." - Jessica Faulkner

"I was helping my mom at work. My infant daughter and I had moved back to Marengo IN from Norfolk Va for my husband's 6 month deployment. He was stationed on the USS Enterprise and they were on their way home.

I frantically tried to get a hold of him to no such luck. I found out about a week later they had turned around and headed back ... His 6 month deployment turned into 9 months. That is nothing compared to the lives lost that day. My husband eventually got to come home. They did not. I will never forget." - Karlie Boley Taylor

"I was working at a child care center right across the street from home. I heard the report of the first plane as I was returning from dropping elementary kids off at school.

I went home to see what was on TV, because it was so hard to believe, and saw the second plane hit. What an awful time in our history." - Becky Slone

"I was in 7th grade geography class when it all went down, I remember the teacher just red in the face, and had no idea why, then the tv entered the room and was turned on, and that’s when the world stopped." - Chris Deering

"I was teaching 4th grade and we had taken a field trip to the Falls of Ohio. When we arrived a parent walked up to me and told me it had just happened. So sad... as we loaded the bus to head back to school it was so silent." -  Vickie Poulter-Leucht

"Dentist office getting a procedure done. they had a tv in the patient room and we watched the second tower get struck." - Paula Bowman

"At home getting ready to drive downtown for a staff meeting at Humana. I will never forget the call from my husband to let me know. I was a valley of tears & sorrow all day.

I stayed glued to all of the TV coverage for weeks ... Such a horrible & traumatic day for our country & the world." - Daphne Monaco

"At a job interview. There was a TV and the interview was out on pause and everyone there watched the news broadcast. People were crying including me. Truly heartbreaking." - Vicki McCurry

"First day of my new job in accounting at Bowen Elementary. Principal came into my office and said the school was on lockdown. Watched the nightmare on tv in the teacher lounge." - Karen Spinks

*Some answers have been edited for brevity/clarity.

RELATED: 9/11 anniversary marked by changes due to coronavirus