The ring's owner was selling the Harry Winston diamond ring in order to cover medical bills stemming from a "catastrophic illness." 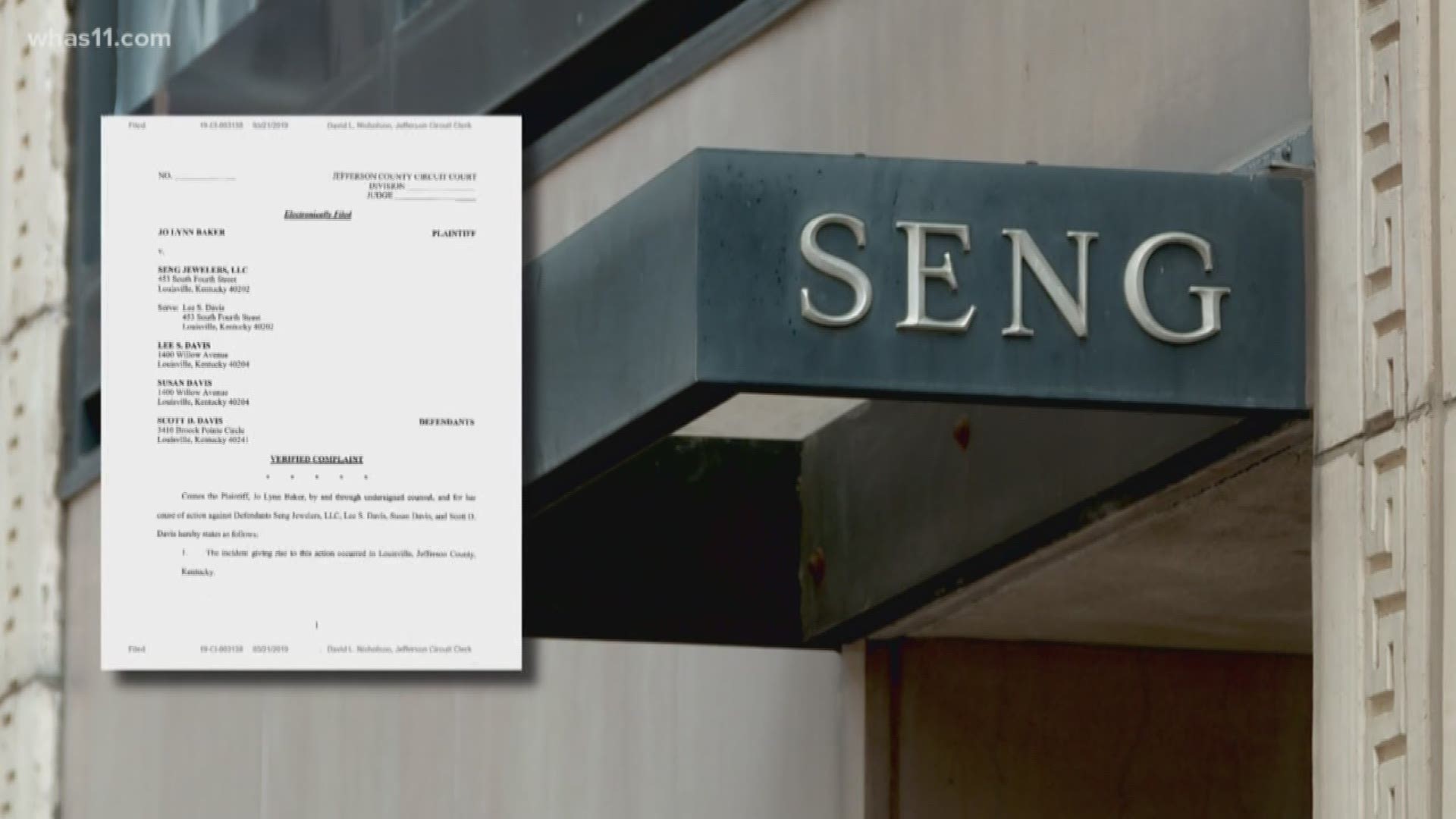 LOUISVILLE, Ky. (WHAS11) – The owners of a 130-year-old local family business are facing felony theft charges following a lawsuit filed against them. The lawsuit alleges the owners stole a diamond ring belonging to a woman suffering from a catastrophic illness.

The owners of Seng Jewelers, Lee Davis and his son, Scott Davis, were arraigned Monday in Jefferson County Circuit Court.

In May 2019, Jo Lynn Baker filed a lawsuit against them alleging theft and deceitful actions carried out by the Davis's over a two-year period. In 2016 Baker entered a consignment agreement with Seng Jewelers to sell a ring in order to cover medical bills stemming from her illness.

"They have both breached a contract they had with my client. They have both committed civil wrongs by taking her property and not paying her for it. But in the same sense they've committed a crime in my opinion because they've stolen her ring," Baker's attorney, John Spalding, said.

Seng Jewelers agreed to sell Baker’s 2.33-carat Harry Winston diamond ring in return for a consignment commission. The ring is valued at $54,000.

The lawsuit states Seng Jewelers was aware of Baker’s reason for selling the ring and agreed to help her find a buyer.

The lawsuit alleges that over a two-year period Seng Jewelers repeatedly failed to communicate with Baker or respond to her requests for updates on the status of the ring’s sale, and at times the jewelers would tell Baker that the ring was nearing a sale or that it was already sold.

In November of 2018, Seng Jewelers informed Baker that the ring had finally been sold and, after subtracting their commission, Baker would receive net proceeds of between $35,000 and $40,000. However, Seng Jewelers never paid Baker “despite numerous telephonic and written requests and demands” and have refused to return the ring to Baker.

On multiple occasions when Baker requested her ring be returned to her after not receiving promised payment for its sale, Seng Jewelers told her the ring was “gone” or that it was with a broker in Chicago and unable to be returned to her.

"There's no possible way they could lose possession of the ring and for my client not to receive the money so if they can't give her the ring back and they're not giving her the money, a theft has occurred and that's a crime," Spalding said. "That's not acceptable so she had no choice but to seek some time of legal intervention."

Brian Butler, an attorney representing the Davis's, said, "This is an unfortunate situation and it is our intention to try to resolve this matter to the benefit of everyone involved."

Seng Jewelers is also facing a business injunction in a state tax dispute which has temporarily shuttered the business.

"I have a sinking suspicion based on how long this has taken that that ring is long gone and it makes me sad for my client," Spalding said.  "It remains to be seen if I'm able to get my client the relief that she deserves based on all of the issues that Seng jewelers is dealing with outside this case."

The business closed it's recent location near Fourth Street Live, to move to a new location near the Galt House. Both locations currently remain closed.

The commonwealth of Kentucky filed a complaint against Seng Jewelers in Franklin Circuit Court in January stating the business owed $522,983 in taxes, penalties and interest.

The business injunction against Seng Jewelers will remain in place until the payment requirements are met.