U.S. Senator Rand Paul sat down with community activists in Louisville to listen and find ways to take action on combating violent crimes. 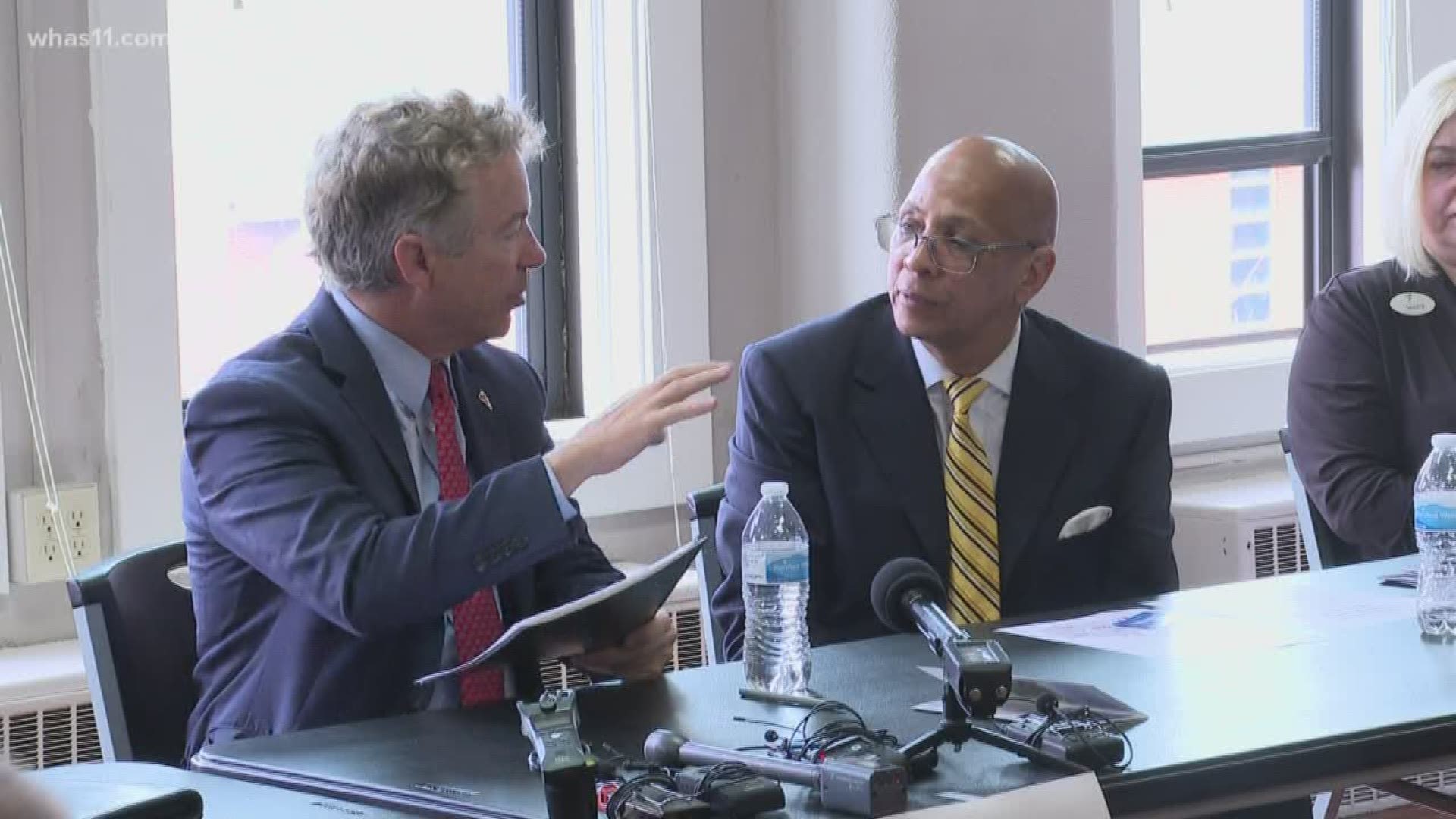 "I'd be for spending the money [in Louisville] and not sending it overseas," Paul said during the roundtable discussion. "Who are these people that are committing the shootings? Are they really rotting people? Are they people that if we would have gotten to them sooner maybe we could've done better with?"

Christopher 2X Gamechangers sent Paul a report that was released in November 2019. It put a spotlight on how violent crimes are taking a toll on Children's performance in school and their social skills.

"My youngest one does not go out and play like she used to," Krista & Nevada Gwynn said about their 11-year-old daughter. Their son, Christian Gwynn was murdered in a shooting just days before Christmas. He was the 93rd homicide in 2019 -- a number the Gwynns hope will stick with the Senator.

"Not just our son but all the other mothers and fathers that lost their children that are not here that's unsolved, maybe we can stand up for them today," Krista Gwynn said.

Paul was almost a victim in the 2017 congressional baseball shooting.

However, it has not changed his support for the NRA.

"It doesn't mean that a good person is going to commit a crime because they own a gun," Paul said stressing it takes more than just targeting weapons.

"I'll bet you of all the violent things happening in Louisville, there's probably about a hundred bad kids committing like 90 percent of them," he said. "Let's get those hundred kids."

The Senator said if it takes increasing penalties for violent crimes involving guns, he'll back it.

"I think we locked up way too many Black people compared to white people and the incarceration rate is a big problem," Paul said. "However if it's a violent crime, I think I'd keep people even longer."

Paul plans to take Christopher 2X Gamechangers' report and put it into the congressional record.