18 students were transported to the hospital to be checked out for minor injuries. 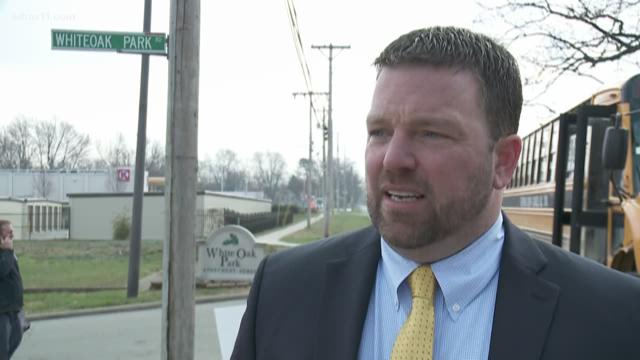 The bus accident happened around 8:30 a.m. on Blue Lick Road at South Park Drive. The Louisville Metro Police Department released a preliminary report on the crash. LMPD the bus was moving west on South Park Drive when a Ford Focus moving east, drifted into the westbound lanes and then collided into the bus head-on.

According to a statement from JCPS, 41 students were on board a bus headed to Fairdale High School and Coral Ridge Elementary. Eighteen students were transported to the hospital to be checked out for minor injuries.

Statement from JCPS to WHAS "We understand a car hit bus 1240 at South Park and White Oak around 8:30 this morning. 41 students were on board headed to Fairdale and Coral Ridge Elementary. JCPS Transportation officials on scene report minor injuries to approximately 18 students. Those students are being transported to the hospital to be checked out. "

LMPD is continuing to investigate.