'Countless numbers of women and girls are nameless': Say Her Name co-founder hopes Breonna Taylor case will set a precedent

The Say Her Name campaign was launched in 2014 after the death of 50-year-old Michelle Cusseaux and other 'nameless' Black women. 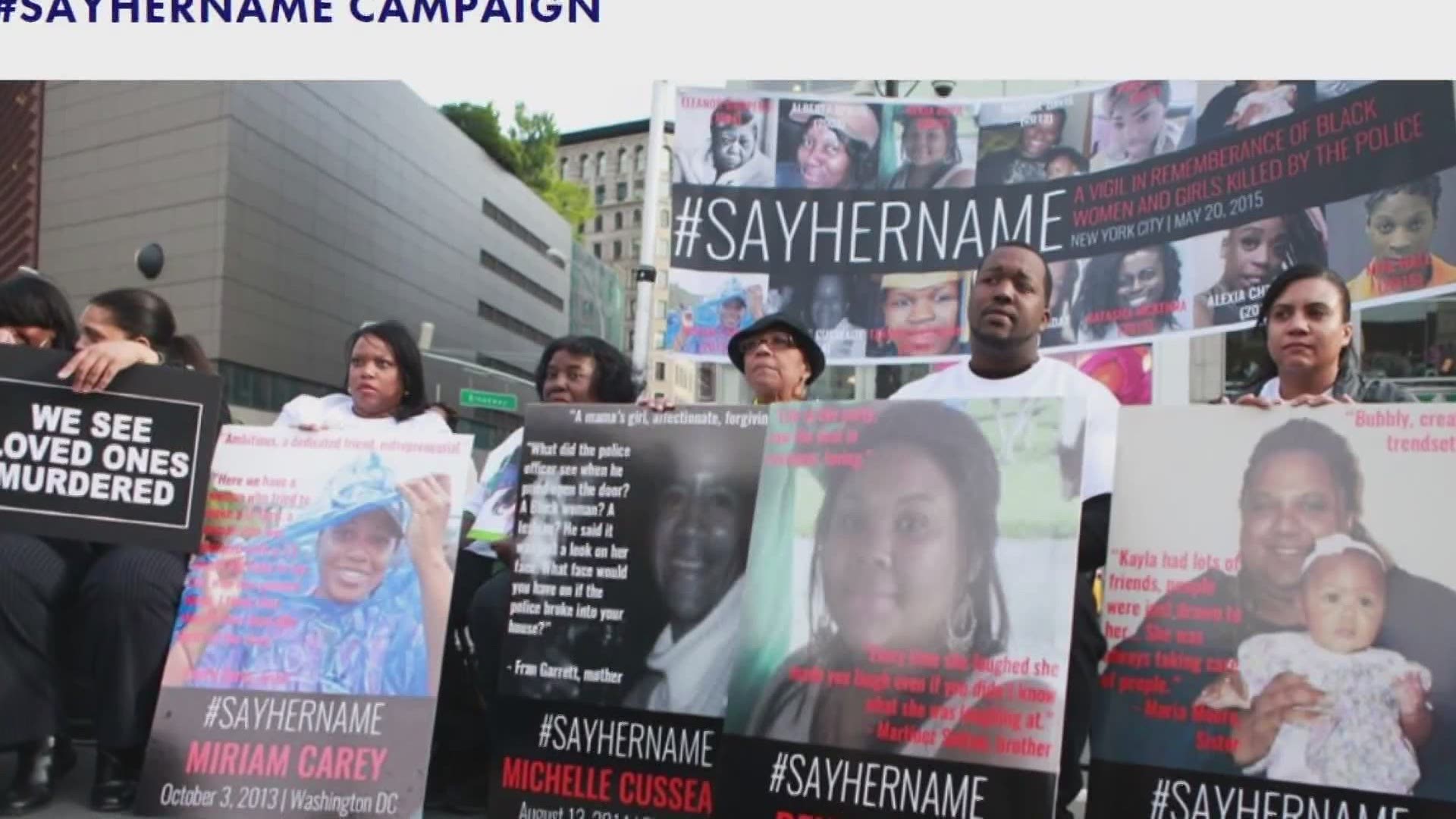 LOUISVILLE, Ky. — As protesters and family members chant those three words in their calls for justice in Breonna Taylor case, the co-founder of the Say Her Name campaign said the phrase is more than just a chant.

"When Breonna Taylor's name is said, so are the names of so many other Black women and girls," co-founder Kimberlé Crenshaw said. "Women have also been targeted by anti-Black racism. They were also lynched historically. They were also abused historically, and their right to life has just been disregarded."

Crenshaw is also a Professor of Law at UCLA and Columbia University, and the co-founder of the African American Policy Forum.

"Standing for Breonna Taylor is also standing for countless numbers of women and girls who are nameless, yet their demands and cries for justice are expressed through this moment," Crenshaw said.

In the aftermath of the killings of Eric Garner and Michael Brown in 2014, 50-year-old Michelle Cusseaux was shot by police in her Phoenix home while they were attempting to take her to a mental health facility.

"In these marches and in these protests, her name wasn't mentioned largely because people didn't know that Black women are also killed by the police," Crenshaw said. "If we don't know their names then we're unable to tell their stories and when we can't tell their stories, number one – we can't hold police accountable."

Crenshaw and the African American Policy Forum launched the 'Say Her Name' campaign following the death of Cusseaux's and other Black women in racial justice cases. Over the years, the campaign has grown into a national movement in an effort to ensure Black women's experiences are no longer unwritten.

"Our demand to say her name was literally that: say her name," Crenshaw said. "We listed the names of Eric Garner, Mike Brown, Tamir Rice and Philando Castile, but we also need to be listing the names of Michelle Cusseaux, Tanisha Anderson, India Kager and India Beaty – so many Black women who've lost their lives and people just don't know."

As Breonna Taylor's case amplifies the movement, Crenshaw hopes it will raise awareness and set a precedent. Crenshaw said several families are still waiting for justice in many Black women's cases.

"For the most part, none of them ever see officers...charged in the killing of their daughter," she said. "So it's not unusual for the delay to be a never, but what we're hoping for in this case is that it's not the typical case where delay, delay, delay leads to no charges ever being filed."

Crenshaw said the world is watching Louisville with hope that Taylor's case will be different.