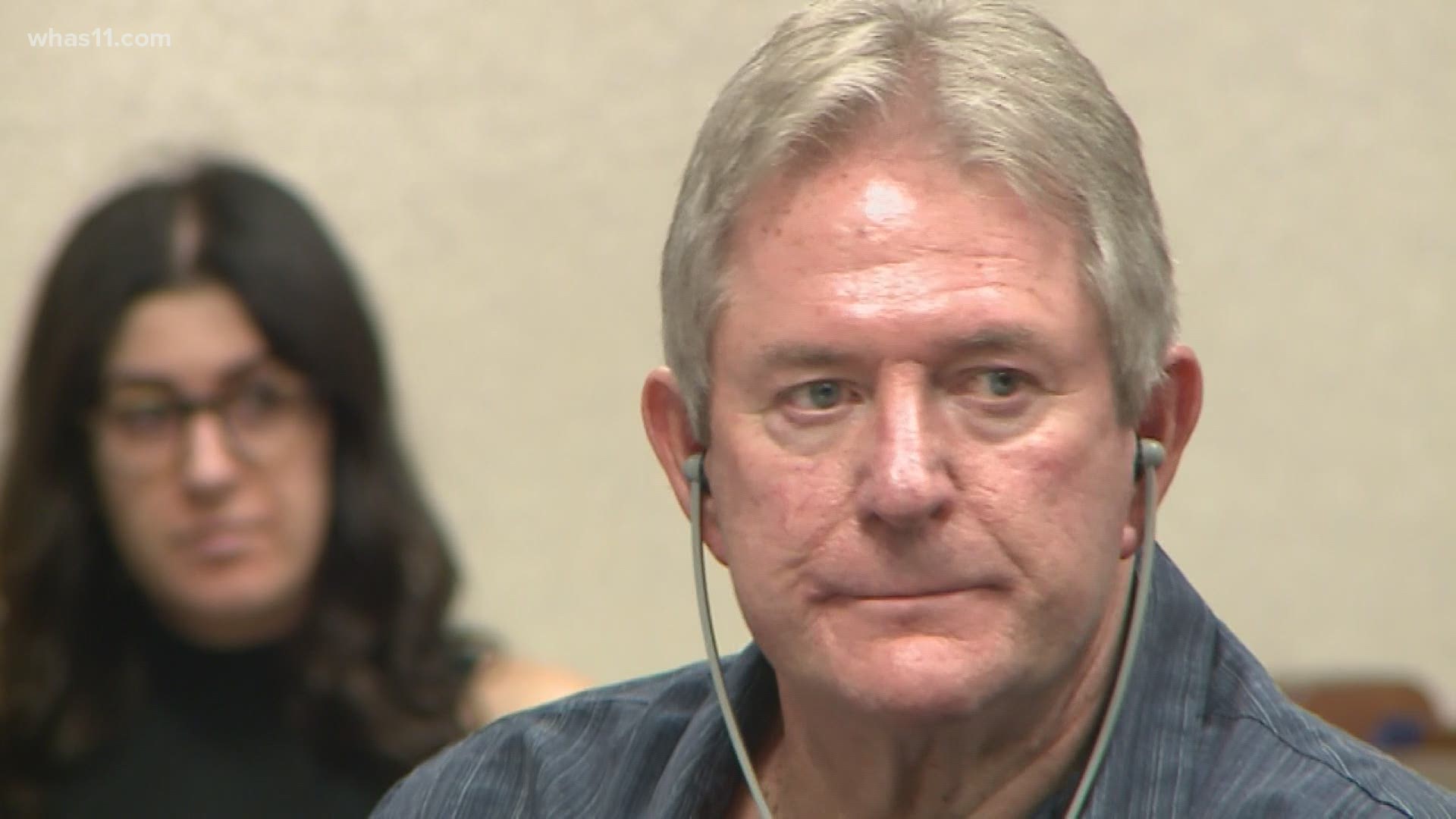 LOUISVILLE, Ky. — More than two years after Louisville detective Deidre Mengedoht was killed in a crash on I-64, the trial against the driver who hit Mengedoht's cruiser has been delayed.

Former Metropolitan Sewer District driver Roger Burdette crashed his truck into Mengedoht's cruiser while she was conducting a traffic stop on Christmas Eve 2018.

Burdette was charged with murder, four counts of wanton endangerment, driving under the influence of drugs or alcohol and failing to give the right of way to a stopped emergency vehicle.

As the defense and prosecution plan for a new trail date tentatively scheduled for October, access to jurors' social media accounts and Burdette's medical statements were topics of conversation in court Friday.

Burdette's defense said they want access to jurors' social media accounts to see if they have posted about the case, citing concerns that the media may have influenced some jurors. The prosecution objected, saying it is not necessary nor appropriate.

Judge McKay Chauvin said he would not make a decision Friday, but he did tell the court which way he was leaning.

The defense also submitted a motion to suppress Burdette's medical records, citing concerns about the way they were obtained. Once again, the prosecution disagreed, saying the information was obtained legally.

Just last week, court documents revealed new details in the case alleging Burdette pulled up a pornographic video on his cellphone minutes before the deadly crash.

Filings also claim Burdette did not have a prescription for the drugs found in his system at the time.

The court originally had a trial date set to start in July but due to a necessary witness not being available, the date has been pushed back to October.