'Stay off the roads': Officials warn drivers to stay home amid wrecks

While crews worked through the night to clear the roads, officials are still warning people to stay off the road. 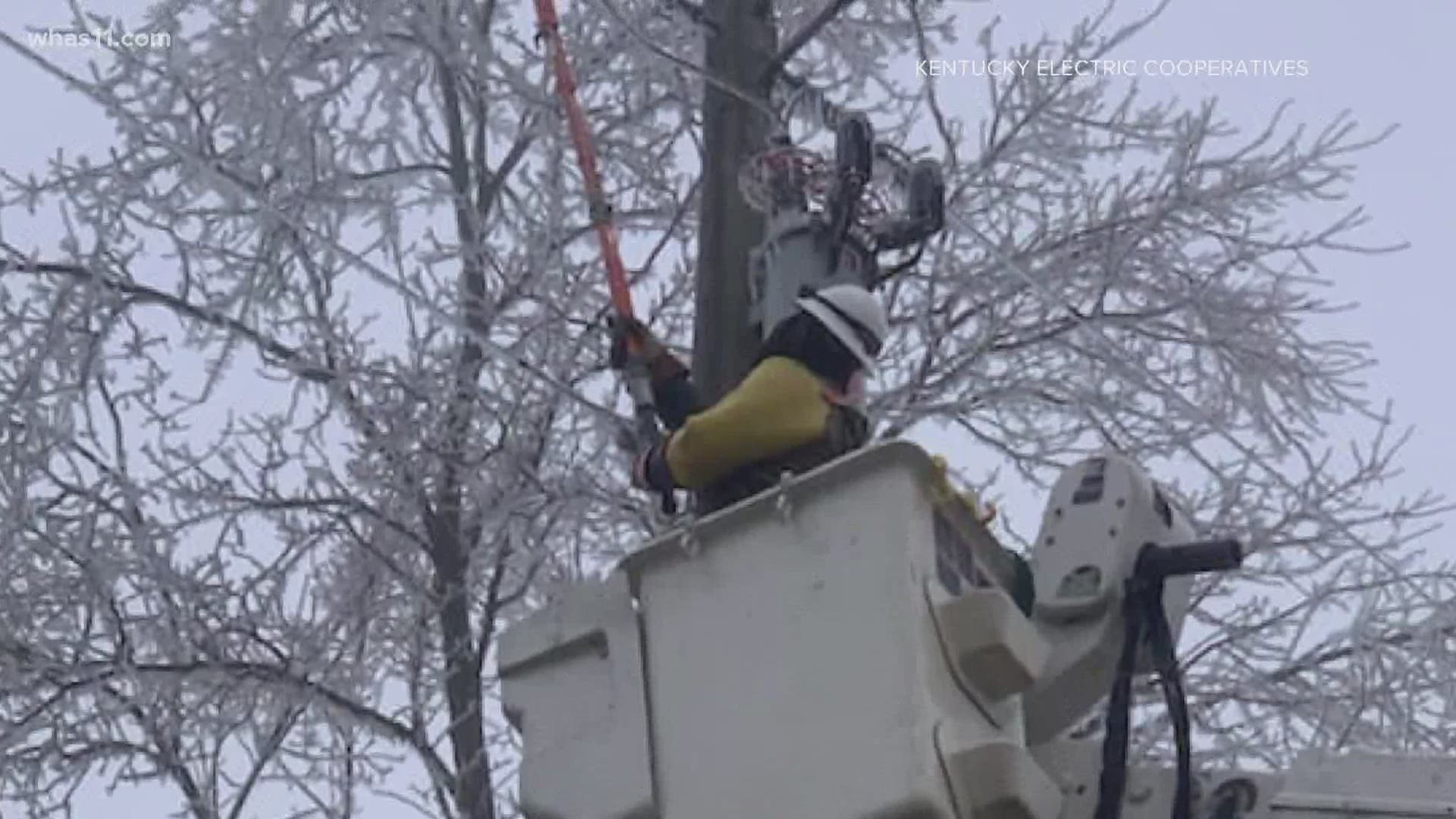 LOUISVILLE, Ky. — Several inches of snow fell across Louisville and southern Indiana late Monday into Tuesday. While crews worked through the night to clear the roads, officials are still warning people to stay off the road.

"We ask motorists to stay off the roads during #winterstorm2021 to keep everyone safe," KSP tweeted. "We also ask because our troopers are working the roads. [Trooper Priddy] reports 2 units were injured on I-65 this morning when their cars were struck while working a collision."

Since noon, MetroSafe has reported 14 crashes, including two that resulted in injuries. Most occurred on I-64, I-264 and I-265.

Early Tuesday, MetroSafe said they would operate on "State Forms," meaning they wouldn't respond to non-injury crashes as long as drivers were able to safely move their vehicles out of the roadway.

According to MetroSafe, a total of 17 crashes were reported between 9 p.m. Monday and 9 a.m. Tuesday. Three crashes involved injuries but it's unclear how severe those injuries were.

While traffic moved slowly throughout the morning, there weren't any significant delays or incidents reported.

Road conditions were slightly worse in southern Indiana, where snow totals were higher. Indiana State Police shared some photos and videos showing the icy conditions. All Indiana counties are currently under travel advisories due to the winter weather.

The next chance for snow in Louisville will be Wednesday evening into Thursday.

“I want to thank our residents for doing the smart thing and not going out unless they absolutely had to,” Mayor Greg Fischer said in a release. “Our crews have been working around the clock since Sunday and they remain on the roads working 12-hour shifts, so please be patient and hold off on unnecessary travel.”

According to INDOT, all lanes of I-65 Southbound at State Road 60 in Clark County are closed due to a crash involving two semis.

Traffic is continuing to move at a slow but steady pace across the interstates in Louisville and southern Indiana. No major crashes or delays have been reported on the interstates.

An injury crash at Wolf Pen Branch Rd. and US-42 could cause some delays as eastbound lanes of US-42 are shut down as crews clear the crash.

Most of Jefferson County has been plowed by the Metro Snow Team, but there are still some areas that have not been. Take it slow on snow-covered roads.

No major incidents have been reported through MetroSafe or TRIMARC over the last hour. Interstate speeds are still very slow and there could be slushy or icy conditions on ramps and side streets.

ISP Sgt. Stephen Wheeles in Versailles, Ind. warned drivers about the possibility of ice on the roads, particularly if they look clear. In a Twitter post, he shared a video of how slick the conditions are on I-65 in southern Jackson County.

Roads appear clear this morning but are covered with ice. Use extreme caution!!

This is on I-65 near Crothersville in southern Jackson County. pic.twitter.com/5ArLon6uBj

According to MetroSafe's report, there were 9 crashes reported between 9 p.m. Monday and 6 a.m. Tuesday. One crash involved injuries.

The Lousiville Metro Snow Team map shows that more roads have been plowed, especially in downtown Louisville, but there are still several areas that have not been plowed.

The Kentucky Transportation Cabinet District 5 - which covers Jefferson County - said it is seeing many slick and snow-covered roads on its routes as well.

Indiana State Police Sgt. Carey Huls in Sellersburg shared updates on the Indiana side around 6:30 a.m. He said both I-64 and I-65 have reported slick and icy spots and urged drivers to use caution as they head out.

A few shots from Troopers Novak and Collins showing I-64 and I-65 this morning. Both are reported as ice covered in areas and very slick. If you must drive, PLEASE drive with caution. pic.twitter.com/K8eBM6JVCj

TRIMARC is not reporting any major crashes, but the roads are still potentially hazardous due to the snow and some areas will likely be worse than others.

According to the Louisville Metro Snow Team map, about half of Jefferson County has been salted and plowed, while the other half has just been salted.

Brooke Hasch said Taylorsville Road near Jeffersontown was still pretty snowy around 4:15 a.m. and areas that have not been plowed will likely be very dangerous for travel.

Jordan Yuodis with Jefferson County Fire shared photos on Twitter of a snow-covered Watterson Expressway around 3:30 a.m.  He said he has also seen many vehicles on the side of the road.

Snow starting to fall again. 3:30am roads are extremely slick. Lots of cars off the roadway.

In Indiana, southern counties are under a Travel Watch, meaning that travel should only be for essential purposes and emergencies. Some of the interstates, including I-64, have not yet been treated, according to Rob Harris.

Speeds on the interstate are between medium and slow. Residents are asked to stay home if at all possible so that crews can continue to treat and clear the roads.