Newly released security video shows two men defacing the mural. There's a $2,500 reward for information that leads to an arrest. 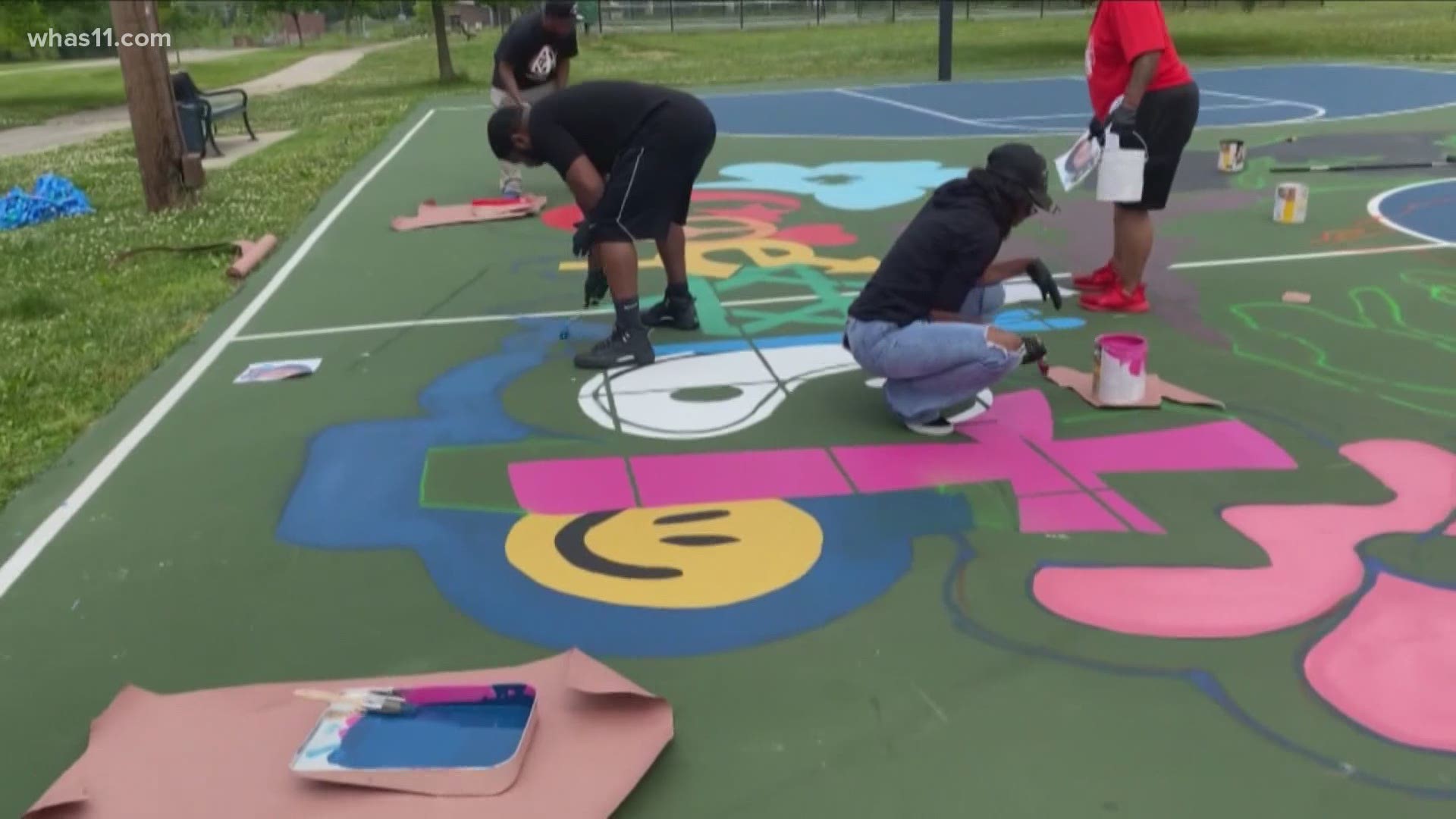 Security footage, obtained by WHAS11 News, showed two men defacing the basketball court mural with what appears to be a scooter on June 9.

Taylor’s mural in her memory was unveiled and dedicated on June 4, her birthday weekend, in front of family, friends and the community.

The vandalism has even led to a $2,500 reward from an anonymous donor to find those responsible for the damage.

"I am thankful for the anonymous donor stepping up and showing the community hate will not be tolerated," Councilwoman Donna Purvis, who represents District 5, said. "I am hopeful that we can co-exist and move the community forward."

“But know that you did not hurt Breonna, the system already did that. What you did was hinder the healing process going on in the city. I hope that when you are caught you face charges for your heinous acts and you know you failed the city and the community with your disregard for a black life, a woman's life, a life that has brought this city and its communities together like never before," she said.

Comacell Brown Jr., the mural’s creator, told WHAS11 News he was saddened but not surprised.

“Prior to painting the mural, I had a heads-up about a Facebook post that was made in the Portland community Facebook group,” he said. There were several posts made both for and against placing the Breonna Taylor mural in Lannan Park. Over 600 people went so far as to sign a change.org petition, "that the mural be of a person that has done things for Portland."

Russ Smith, whose foundation made the mural possible, said the goal was to bring people together.

“If there are those that cannot comprehend co-existing and equality, then there are problems that lie deep within themselves. Love always prevails over hate and we won't allow any hateful actions to deter our mission to promote a community of love, equality and co-existence," Smith said.

If you have any information to help police identify the individuals responsible for the vandalism, you are asked to call the Tip Line at (502) 582-CLUE (2583).