Retired LMPD Officer trying to bridge the gap between generations 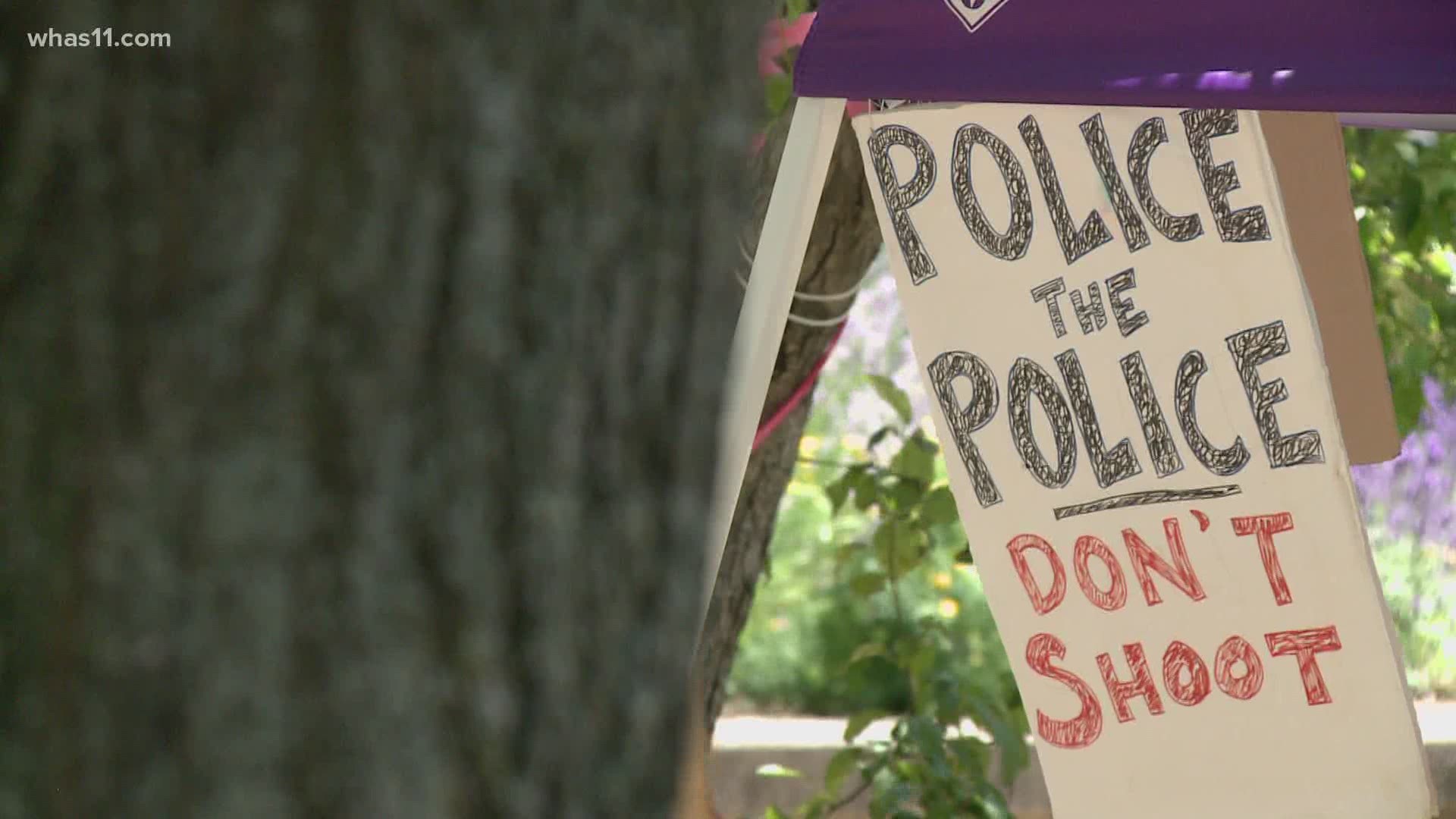 LOUISVILLE, Ky. — A peaceful rally at Jefferson Square Park aimed to bridge the generational gap as it relates to policing and urban communities. This social justice discussion brought people of all ages out to the park to listen to different speakers.

Music filled the air in between each person who spoke, but much of it had an important message. One song, in particular, said 'open your mouth and say something', which is exactly what these people did.

"But as long as we keep coming, change goin' keep coming too," said another speaker.

Each one of them, from a different generation.

"You would never know I've been out here for 17 days. Every day is like day one for me okay," said another speaker.

"I feel your pain because I've had those pains, and I'm here to unify the generations," said Retired LMPD officer Ray Barker, otherwise known as Sir Friendly C. He is the one who started this conversation. "I want them to listen to us but as you can see I'm listening to them too."

Barker is trying to remind the elders not to be afraid of those who are younger, actively taking to the streets.

"And I want to put their minds at ease. There is nothing to be afraid of, these kids are your kids, just get out and talk to them," Barker said.

Baby boomers, gen x, millennials, and gen z all were intently listening about the realities of our community, the fear in their blood, and the change many would like to see come.

"They say there are two types of black people in this world, the peaceful and the riots. We are one in the same we just trying to stop from dying," said the poet.

"Reform the police department by reforming some of the rules that regulate those police," Barker said.

As a black man who once wore a badge, Sir Friendly C, relates to both identities, but he feels now, many are missing the mark.

"As a police officer I did my job, but also I connected with my neighborhood," Barker said. "And that's what police need to get back to, the human touch."

A change Barker says is necessary for a better tomorrow.

RELATED: Crowd forms line in front of Confederate monument to keep protesters back