Restaurant industry losing millions as it awaits a June re-opening

Gov. Andy Beshear announced on May 6 he could reveal the date they will re-open as early as this Friday. 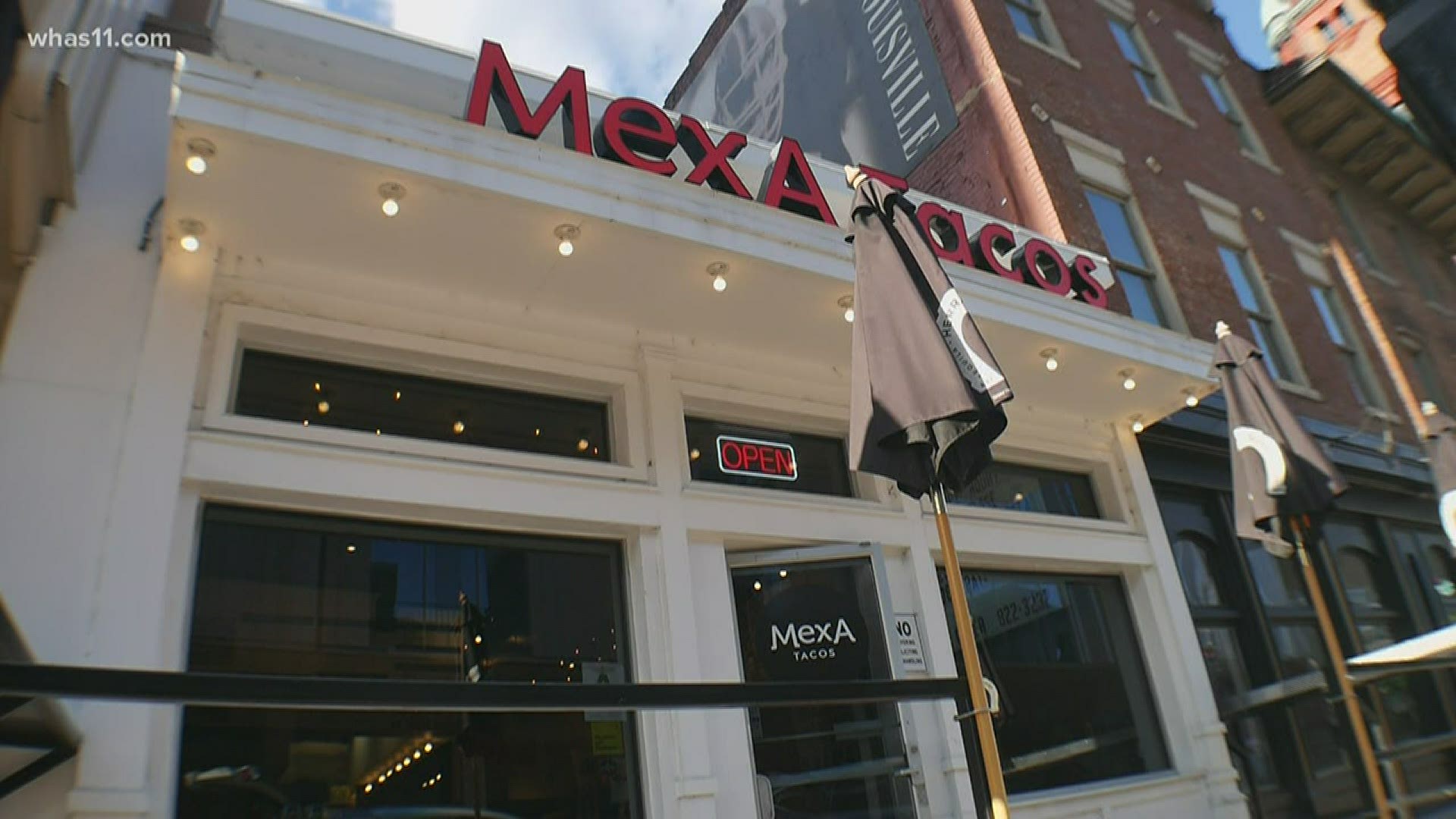 LOUISVILLE, Ky. — Restaurants are potentially just a few days away from finding out the plan for re-opening their doors.

Gov. Andy Beshear announced on May 6 he could reveal the date they will re-open as early as this Friday. He said earlier this week he thinks restaurants will likely open in June in phase 2.

RELATED: Louisville could see 900 more deaths if it reopens too soon, study says

"I will be so excited for him to say June the restaurants will be re-opened. It will be pure excitement to see Louisville coming back to business," Lorena Casas said. "I am hoping for early June."

Casas re-opened her downtown location on Market Street about two weeks ago after it was closed for about a month.

"Start moving the economy to see how it goes," she said. "It's been slow but increasing little by little."

While Cinco de Mayo brought in big business, Casas said the dollars aren't where they need to be. She said re-opening to curbside service has been challenging in a downtown, now empty without workers filling the nearby buildings.

RELATED: Gyms, restaurants concerned after being left out of Phase 1 of governor's reopening plan

"Really no business here downtown. It's been challenging times," Casas said. "But we are giving it a try to see if people notice we are open."

Mexa Tacos isn't alone either. Without the usual booming business in the springtime and for the Kentucky Derby, the Kentucky restaurant industry has an estimated 114,000 workers furloughed or laid off.

Roof, the president of the Kentucky Restaurant Association, estimates a loss of $550 million in Kentucky restaurants sales in April alone. It's based on surveying restaurant owners about their revenue loss the first two weeks of the month. That estimation, Roof believes, is "conservative."

"Our operators, I've heard from them firsthand in the past few days, and they're like 'all our customers are going to go across the bridge, what are we waiting on? We've got to have a date!'" Roof said.

"I've had my spirits crushed once in the past week looking forward to the phase one announcement but I am hopeful that we will be on the front end of phase 2," she said. "We just need to know what to plan for and we need to give people something to circle on their calendars."

While a June re-opening may seem on the horizon, Roof said it's still not clear enough.

"There's still real frustration because so much preparation has to go into all of this and there's a big difference between June 1st and June 30th," she said.

The KY Restaurant Assoc. has submitted a proposal to Gov. Beshear's office for how the restaurant industry can open up. Roof said it is very detailed, but similar to what other states are already doing as their restaurants re-open.

"We haven't gotten a reaction to the proposal at all yet," she said. "We're ready, we've been ready."

Roof said restaurant owners are looking at acquiring PPE, new ways to ensure straws or utensils are wrapped, and tables are moved six feet apart. But, the governor's office hasn't revealed what the state guidelines will be for restaurants to follow in order to open back up.

"I hope that we're not at a limited capacity for an extended period of time because that's so hard. They're already digging out of a deep hole, we don't need to make that hole deeper," she said.

Restaurants are also facing fears of customers driving across bridges to bordering states, as Indiana and Tennessee begin opening up their restaurants much sooner than Kentucky. There's also a worry that limited capacity could prevent some restaurants from affording overhead costs of operating, while not making enough revenue.

"With putting tables farther apart, or groups farther apart from each other, that already in itself creates a limited capacity," Roof said. "If you're a small restaurant with limited seats, does it make sense for you to open if you can only have 20 people seated?"

"I think the first quarter of next year is going to be scary," she said.

While they await the date they can fully open their doors, Casas said she's staying positive for now.

"It's been tough but I'm excited for Louisville to come back to business to see great news that we will be back to a new normal life," Casas said. "I am ready to start selling tacos one at a time again!"