As women took to the streets across the country, the community called for continued support for abortion rights. 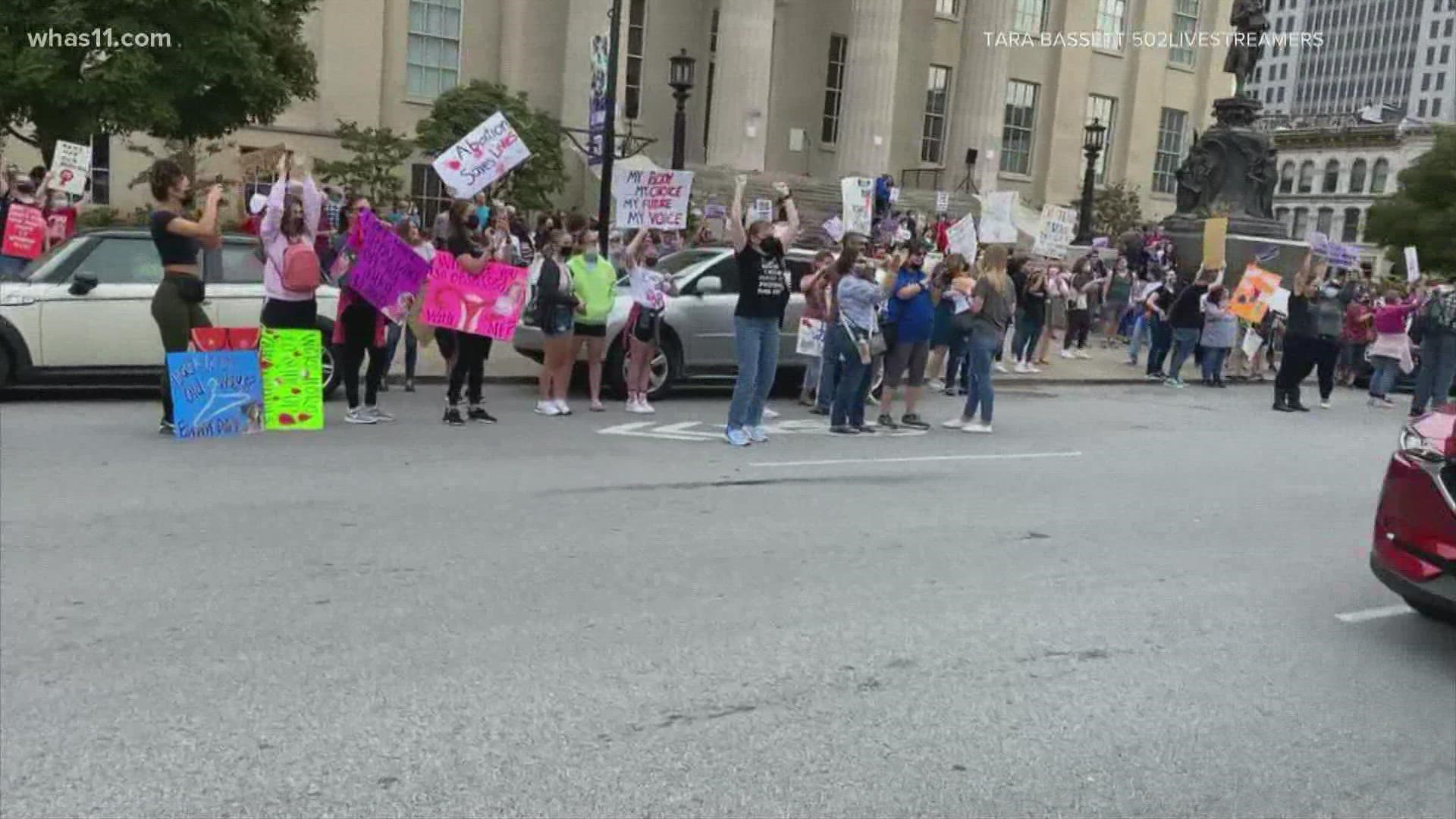 LOUISVILLE, Ky. — After Texas passed some of the most restrictive abortion laws in the country, millions of women marched on Saturday in response for continued access to abortions.

Louisville women joined in the call to action, taking to the steps of Metro Hall and held signs as honking cars passed through downtown.

Kentucky’s Senate Democratic Leader, Morgan McGarvey, was one of many leaders in attendance at Louisville’s Rally for Abortion Rights.

“We cannot let Kentucky become Texas. Thanks to those standing up for reproductive freedom,” he shared on Twitter.

Just a few weeks ago, attorney general Daniel Cameron announced his office will continue to defend HB 454, the state law banning live-dismemberment abortions. The law was challenged by the EMW Women’s Surgical Center in Louisville.

“As our team prepares to argue in front of the U.S. Supreme Court, we remain focused on the fact that this law exists to extend dignity and respect to the unborn,” Attorney General Cameron said. “This law is a direct reflection of the values of Kentuckians, and we’ll continue to fight to ensure it is defended and eventually upheld.”

Oral arguments will be heard by the Supreme Court on Oct. 12.